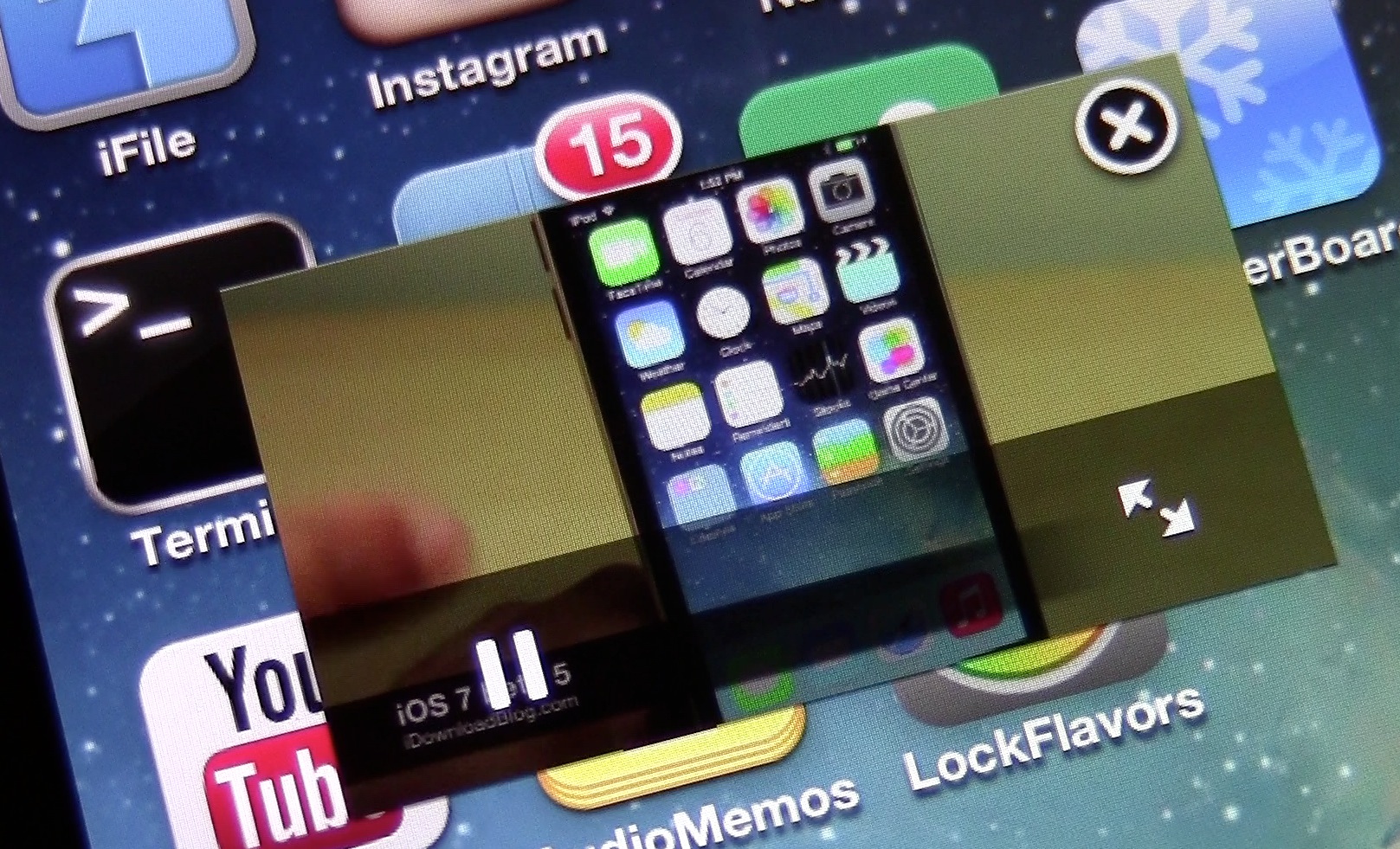 Ryan Petrich’s uber popular VideoPane tweak has been updated with a load of features since we initially talked about it. In usual fashion, Petrich has provided a barrage of new features, bug fixes, and optimizations for the tweak.

If you haven’t had the chance to check out our original review of the tweak, then I highly suggest you do so now. Otherwise, if you’re already familiar with VideoPane’s inner-workings, you’ll enjoy the long list of improvements.

VideoPane’s first major update, its 1.0.1 release, added the much wanted support for Netflix videos, it added a settings panel, and featured the ability to lock video in landscape mode. The next two updates, 1.1 released on August 17th, and 1.0.2, released on August 10th, provide just as many, if not more goodies.

The biggest featured in the list below if the support for “Enabled Applications”. This means that you can now pick and choose which apps get enabled for VideoPane support and which do not.

I also appreciated the better dragging behavior for detached videos. The dragging controls feel much less hesitant than before. As a result, snapping the to the various quadrants on the screen seems improved.

Of course, those aren’t all of the new features and fixes included with the latest two VideoPane updates. Check out the full list of changes below:

What’s your favorite new feature found in VideoPane? Is there anything that you wish would be added to the next release?