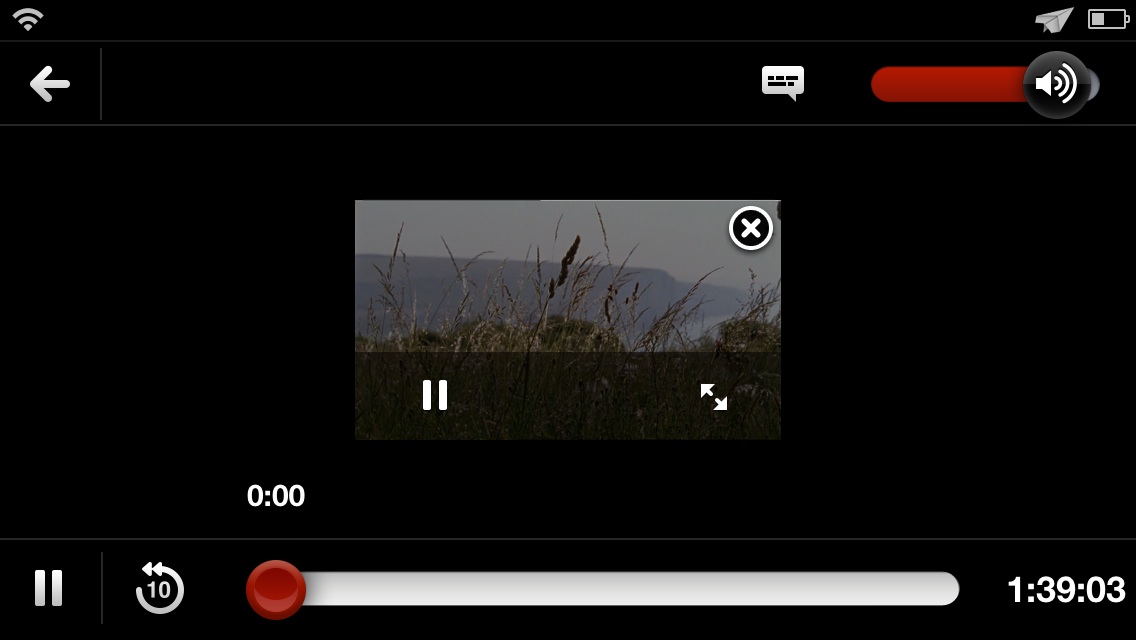 Last night we brought you a video walkthrough of the just released VideoPane tweak. The initial release, which allows users to detach video for multitasking while watching video, was solid, yet contained a few lingering issues.

The first big issue was the lack of Netflix support. In all actuality the Netflix support was there, but it didn’t work with the latest version of Netflix. The update also adds a much needed dedicated settings pane to the fray.

There are quite a few additional changes for VideoPane 1.0.1. Have a look at the full change log inside. 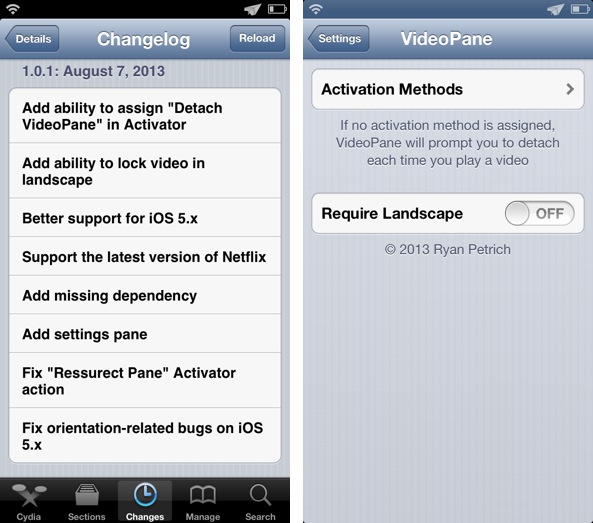 My experience with this latest version of VideoPane went much better than the first version I tried yesterday. For starters, Netflix works just as advertised now. I also really appreciate the fact that you can now detach videos using an Activator gesture, meaning that you no longer have to worry about the obtrusive pop-up that hindered the initial version.

The Ressurect Pane feature was fixed, I found that it tended to crash on me with version 1.0. Overall, I find that the tweak is much more stable, and it works with any type of video I can throw at it.

If VideoPane 1.0 was an 8/10, this latest version is a surefire 9/10. If you were on the fence about purchasing it before, you can safely get off the fence now.

Let me know what you think in the comments section about the latest update.