Fleksy Keyboard, one of the first and arguably the most popular third-party keyboards available in the App Store, has been slashed to zero bucks permanently. The iPhone and iPad app used to retail for 99 cents a pop and went free briefly just twice following its App Store debut last fall.

What’s more, the new price point is valid forever moving forward. Those who have previously bought the app will be treated to new themes and extension slots worth $8 as a gift. In addition to the price cut, developers have refreshed Fleksy Keyboard with some notable personal assistant-like features.

Basically the team is hoping that the increased user base will let them focused on delivering new and exciting product improvements across all languages.

“The user base from going free will help the team to iterate and expand faster on the new features while ensuring we’re helpful to users,” Fleksy PR tells me via email.

Although the app is now free, paid content such as premium extensions and themes continues to be available through the In-App Purchase mechanism.

As for the new features, Fleksy’s update today has introduced Highlights, basically an improved rich content view for your animated GIFs, stickers and more. Similar to Apple’s stock QuickType keyboard in apps like Messages, Fleksy’s Highlights feature surfaces GIFs, stickers and other content based on what you type in an effort to provide smart suggestions, as shown on the screenshot below.

“Instead of manually searching for stickers and GIFs on separate pages, the user now only needs to tap on the auto-recommended hashtag (Highlight) and Fleksy takes them to an integrated page of relevant content all in one convenient place,” developers said. 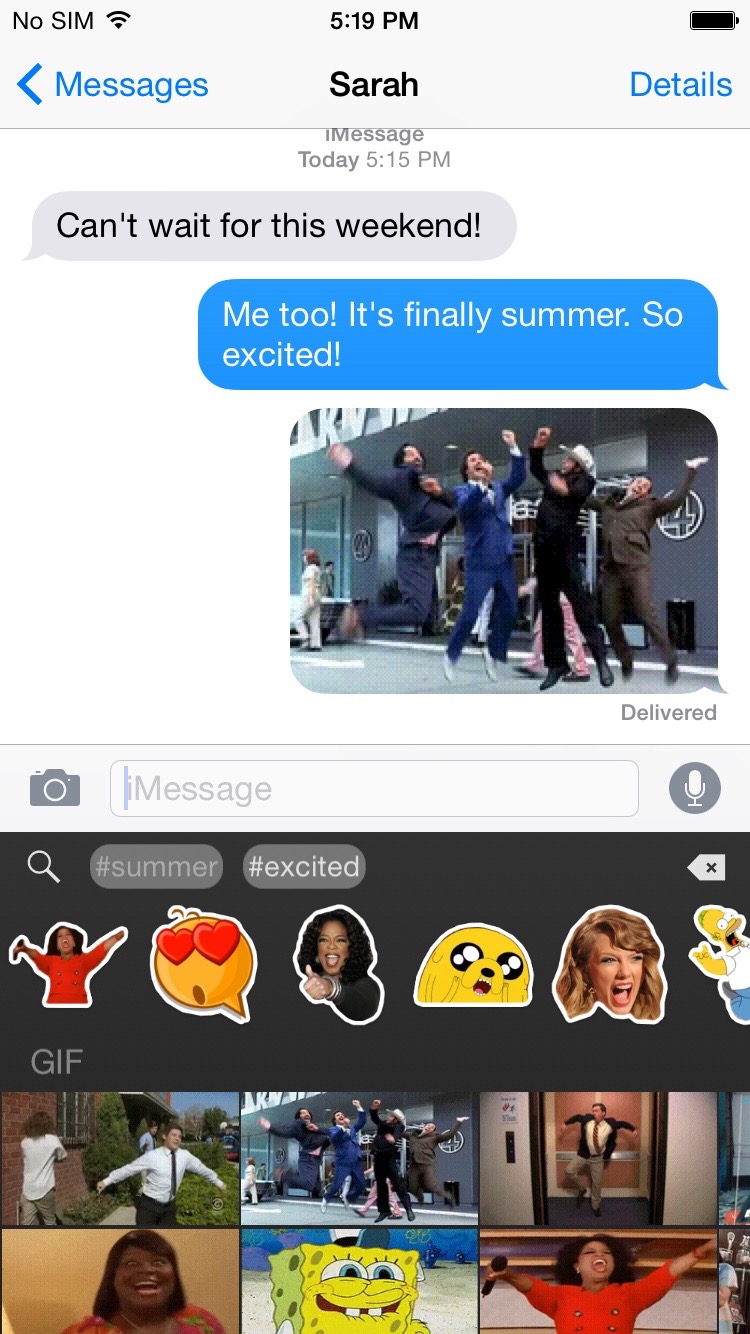 The app incorporates gesture typing, customizable extensions and animated user interface themes for custom functionality and look. It has built-in support for millions of animated GIFs, more than 40 languages and over 800 Emoji, to mention but a few of the many features that make Fleksy one of the most popular keyboards on the App Store.

Just recently, a Fleksy update has brought out smart suggestions for animated GIFs and an integrated keyboard for stickers. Created in partnership with Imoji, the integration lets Fleksy fans browse, search and send Imoji stickers directly from the keyboard.

If you were wondering what makes Fleksy Keyboard so special but hesitated to take the plunge, you no longer have any excuses left.

The 31.3-megabyte app requires an iPhone, iPod touch or iPad with iOS 8.0 or later and is optimized for the iPhone 5/5s/5c and iPhone 6 screen sizes.

Grab Fleksy Keyboard at no charge in the App Store.