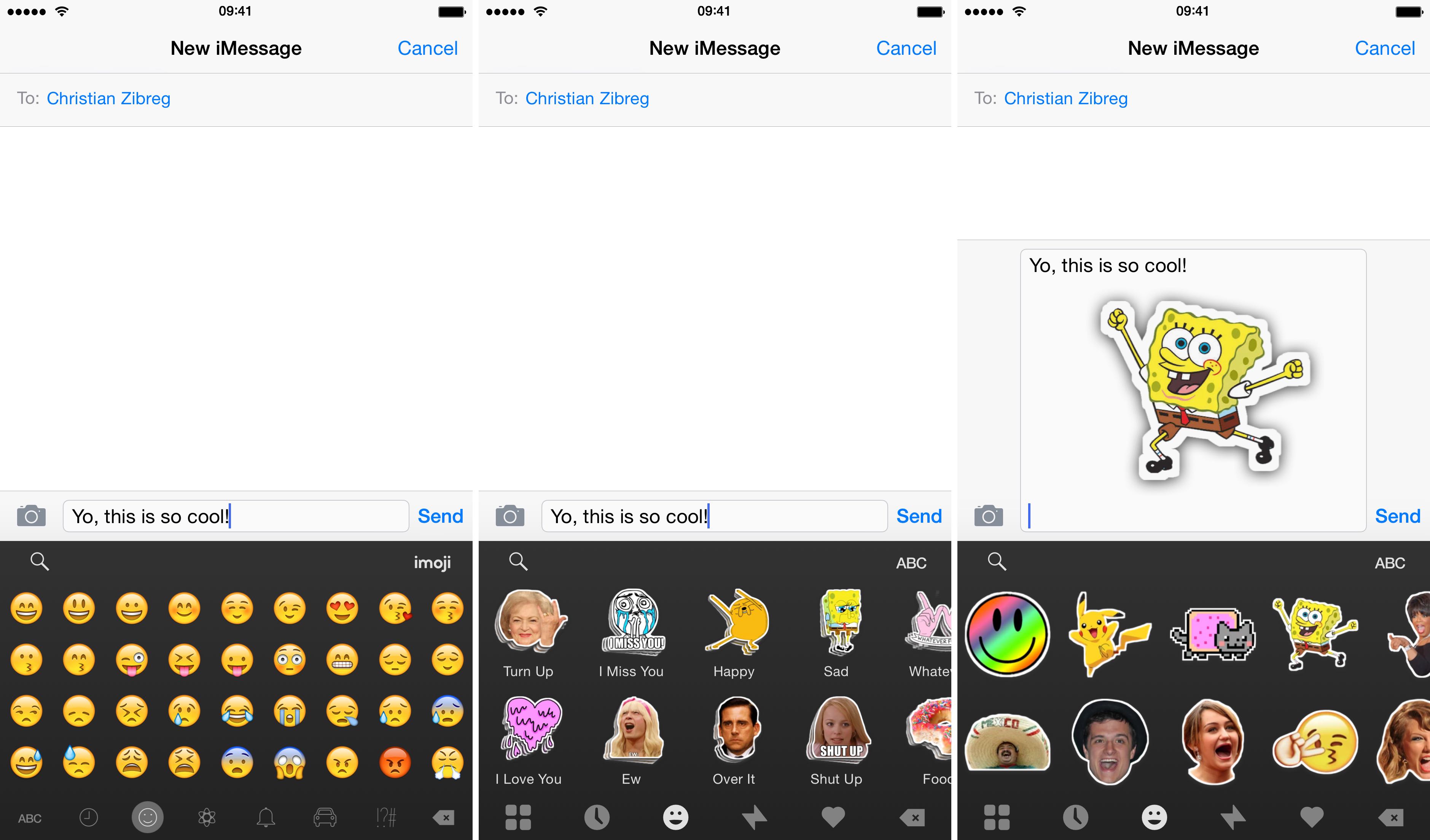 Fleksy, the powerful iOS 8 keyboard which lets you use gestures, GIFs and emoji, has increased its functionality in the latest update issued today.

Now the app features an integrated Sticker keyboard in partnership with Imoji, taking visual communication beyond animated GIFs. You can easily browse, search and send Imoji stickers directly in Fleksy: just tap a sticker to copy it, then paste it in a message.

To add a sticker to your favorites, double tap it from the keyboard. You can access your recently used stickers, browse endless collections of reactions,  check out what’s trending and more.

To access Imoji stickers, update your copy of Fleksy Keyboard to the latest version. Then, switch to Fleksy in any app, tap the rightmost key at the bottom to access emoticons and you’ll see a new Imoji option in the right corner at the top.

Tap it and you’ll be taken to the wonderful world of Imoji stickers. Simply browse the collection and tap a sticker to copy it to the clipboard, letting you paste it in apps like Messages, Mail and more. Stickers are inserted as PNG images with transparency. 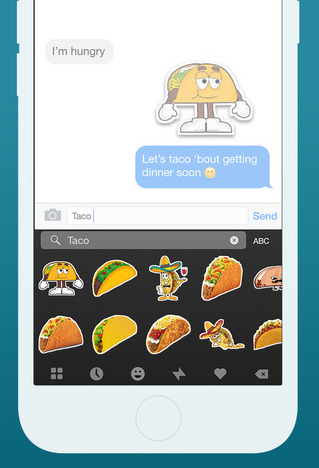 It’s even possible to sync your Imoji account so your personal sticker collections on Imoji instantly appear right within Fleksy. To enable Imoji syncing, fire up the Fleksy app on your Home screen, tap on the Extensions tab and then on Imoji.

You’ll be asked to sign in with your Imoji account, which will allow you to access your personal sticker collection on Imoji right in the Fleksy keyboard. By the way, Imoji app is available at no charge in the App Store so you may want to grab it if you’re interested in creating your own stickers. 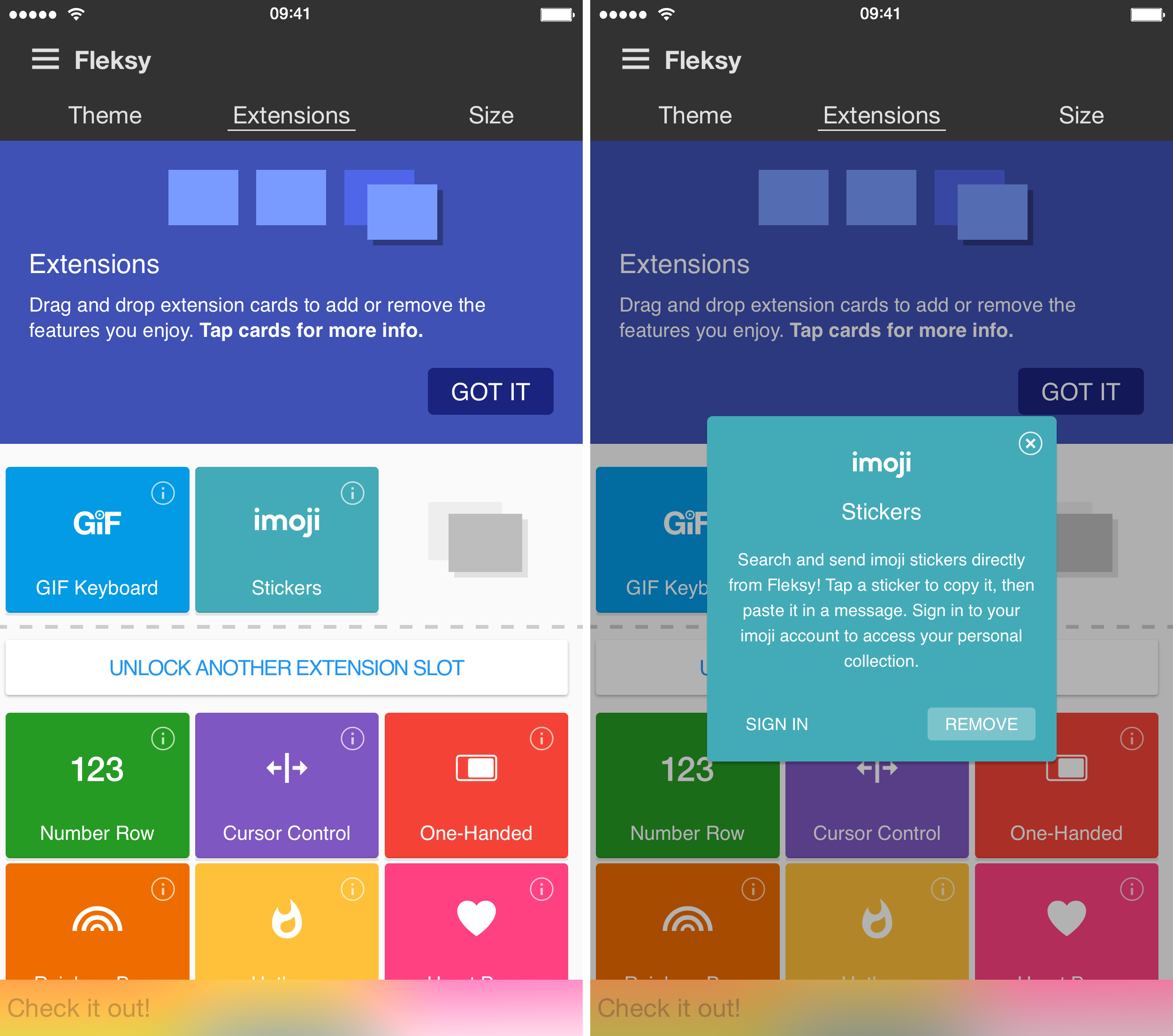 Fleksy lets you search the millions of Imoji stickers by keyword and will even offer smart suggestions for stickers as you type.

Aside from Imoji stickers, this edition of Fleksy enabled smart suggestions for GIFs, which the company added in a mid-April update.

“Popular searches and trending words will be highlighted on the extension as you type with Fleksy–tap on the smart suggestions for relevant content,” release notes explain.

The 46-megabyte app requires an iPhone, iPod touch or iPad with iOS 8.0 or later. This update is free for existing Fleksy users.

Fleksy Keyboard is 99 cents in the App Store.