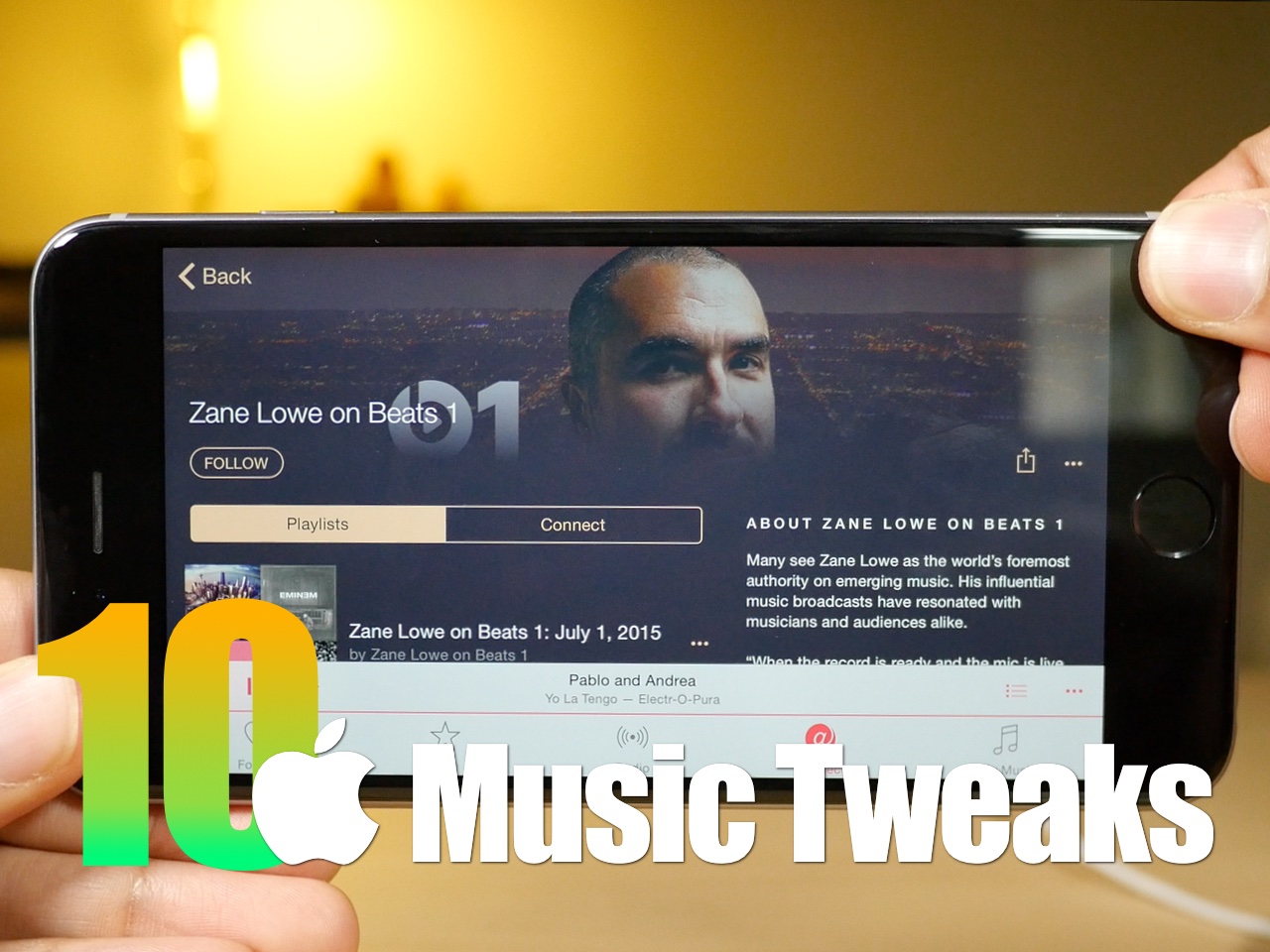 Apple Music is here, and I think that we can all agree that it’s a fairly big deal in tech. Now that iOS 8.4 is officially jailbroken, it’s time to look at some of the tweaks available for Apple Music. In the following post, I outline 10 jailbreak tweaks that you may want to try on Apple’s revamped Music app.

Note: Keep in mind that  since we just got the iOS 8.4 jailbreak, there may be conflicts when mixing together multiple tweaks. In this walkthrough, I installed only one tweak at a time to limit any potential conflict or issues.

Also, some of these tweaks still haven’t been officially updated for iOS 8.3 or iOS 8.4, yet they still work very well. Other tweaks may have a bug or two, but are otherwise usable. As the jailbreak matures and more developers update their tweaks, you’ll see increased compatibility across the spectrum. Okay, on to the tweaks!

This is a new Cydia tweak especially designed for the revamped Apple Music app. It allows users to enable landscape orientation on the iPhone. – Free on Cydia

Displays both the Lock screen clock and music controls at the same time. – Free on Cydia | Fuse walkthrough

Adds an iTunes-inspired mini player to the Lock screen. – $1.99 on Cydia | MiniPlayer walkthrough

Looking to tailor the sound of a specific type or genre of music? Want more fine-grained control over the music listening experience? EqualizerEverywhere provides you with equalizer presets and lets you adjust various bands to create your own sound. – $3.00 on Cydia | EqualizerEverywhere walkthrough

Lends more character to the Lock screen by adding blurred album art as a wallpaper. – Free on Cydia | Spectral walkthrough

Changes the color of the Lock screen and its assets based on the now playing song’s album artwork. Really great when playing a playlist containing various album covers. – $1.99 on Cydia | ColorFlow walkthrough

It’s only been a couple of days, and there are already two dedicated Apple Music Flex patches available. Flex lets you quickly and easily patch different aspects of iOS. Users can create their own patches from scratch, or as the majority enjoy doing, download patches from others. The two Flex patches I used allowed you to hide the recently played section and to hide the dismiss button for the now playing interface. – $3.99 on Cydia | Flex 2 walkthrough

Of course, this is only the very beginning of what’s possible with the right jailbreak tweak. Apple Music, and its feature-set will no doubt open up the doors to more innovation in the coming weeks and months.