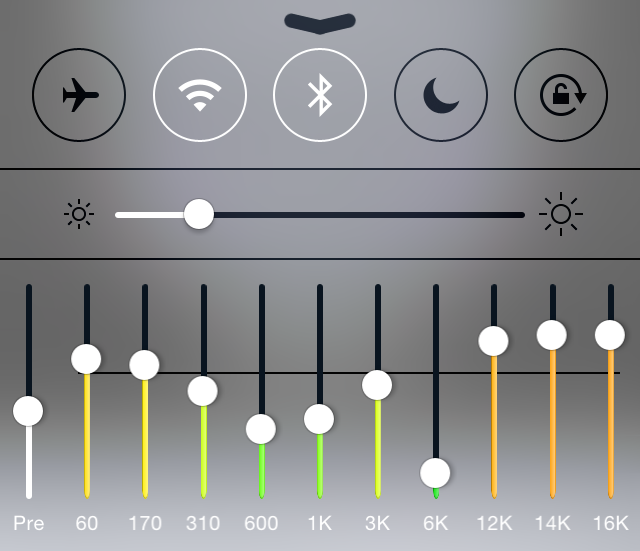 EqualizerEverywhere is a recently released jailbreak tweak that makes it possible to create and activate custom equalizer presets on the fly. If you’re someone who listens to a variety of different audio types on the iPhone, and you’re looking for a way to customize sound based on the type of audio, this is a tweak that you should definitely investigate.

We’ve taken EqualizerEverywhere for a spin, and we were pretty impressed by what we found. Have a look at our video walkthrough after the jump.

After installing the tweak, you’ll find a new preference panel in the stock Settings app dedicated to EqualizerEverywhere. The preferences contain your standard kill-switch toggle, a toggle for displaying the equalizer in Control Center, a group of presets, and the equalizer itself. 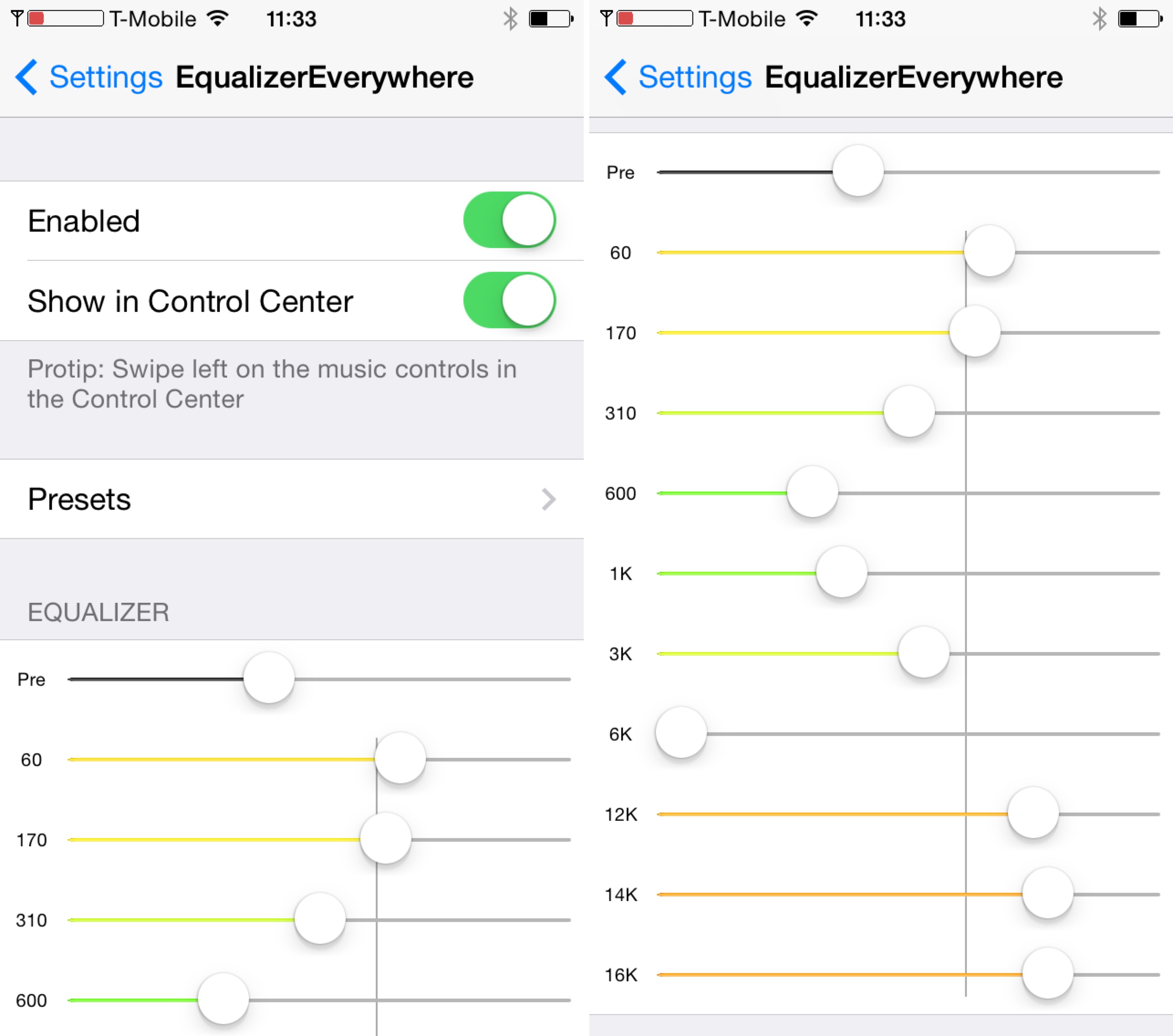 Users can choose to adjust the equalizer settings within the tweak’s preferences, but you’d be better off doing so from Control Center. While music is playing, swipe from right to left on the audio controls to reveal the same equalizer that’s found in the preferences. You can swipe once more to access the same list of presets as well. 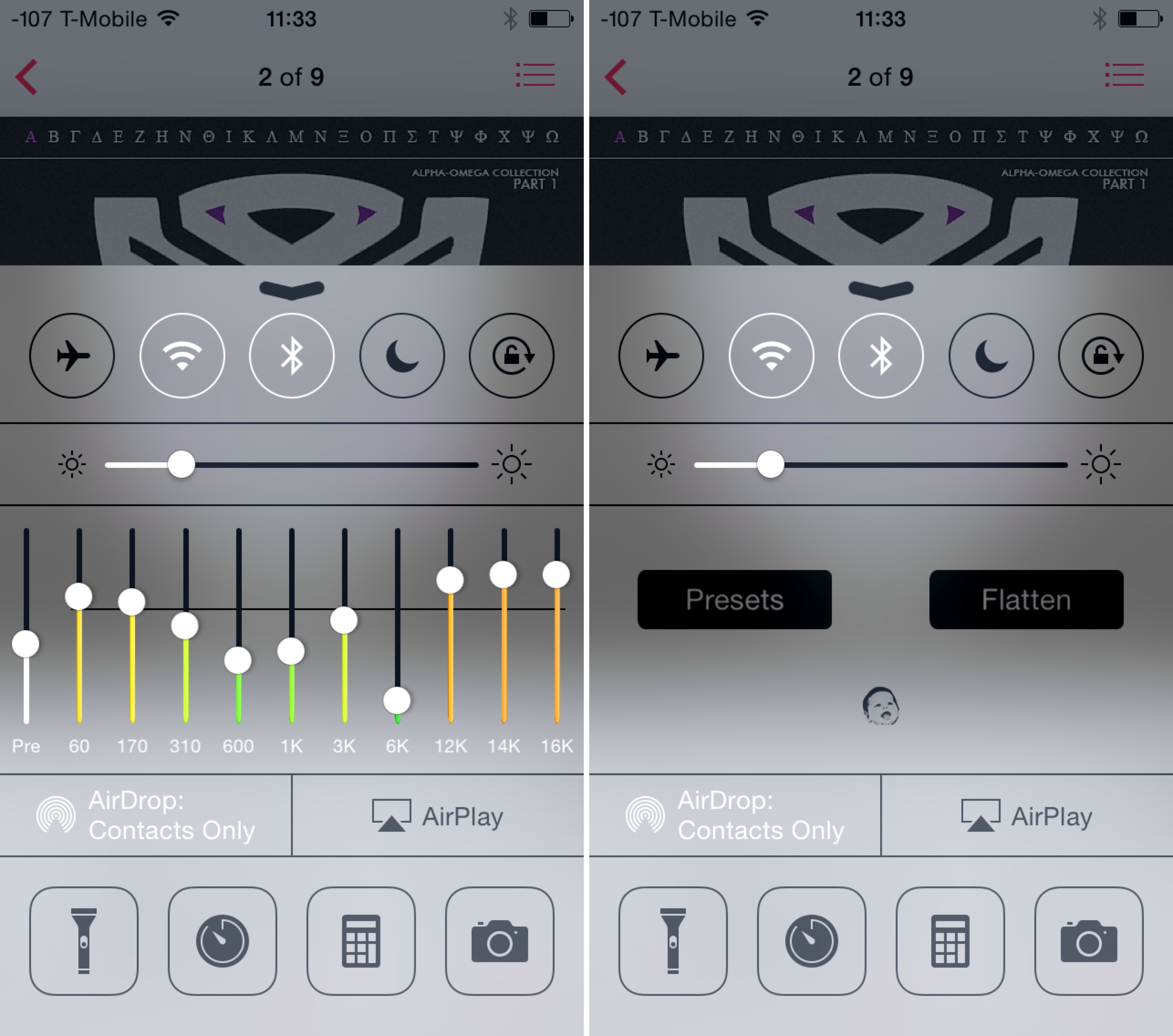 The tweak’s presets contain a nice helping of pre-built equalizer settings available for certain music playback situations. You’ll find settings such as Earbuds for when listening via headphones, or Techno, appropriate for when you’re listening to EDM genre of music. There are well over half a dozen different presets to choose from, and each can be deleted entirely if you deem them unnecessary.

Users have the option of adjusting the equalizer settings and then creating custom presets based off of the current adjustments. You can give your custom preset its own name, and quickly access it on the fly from the tweak’s preferences or from Control Center. 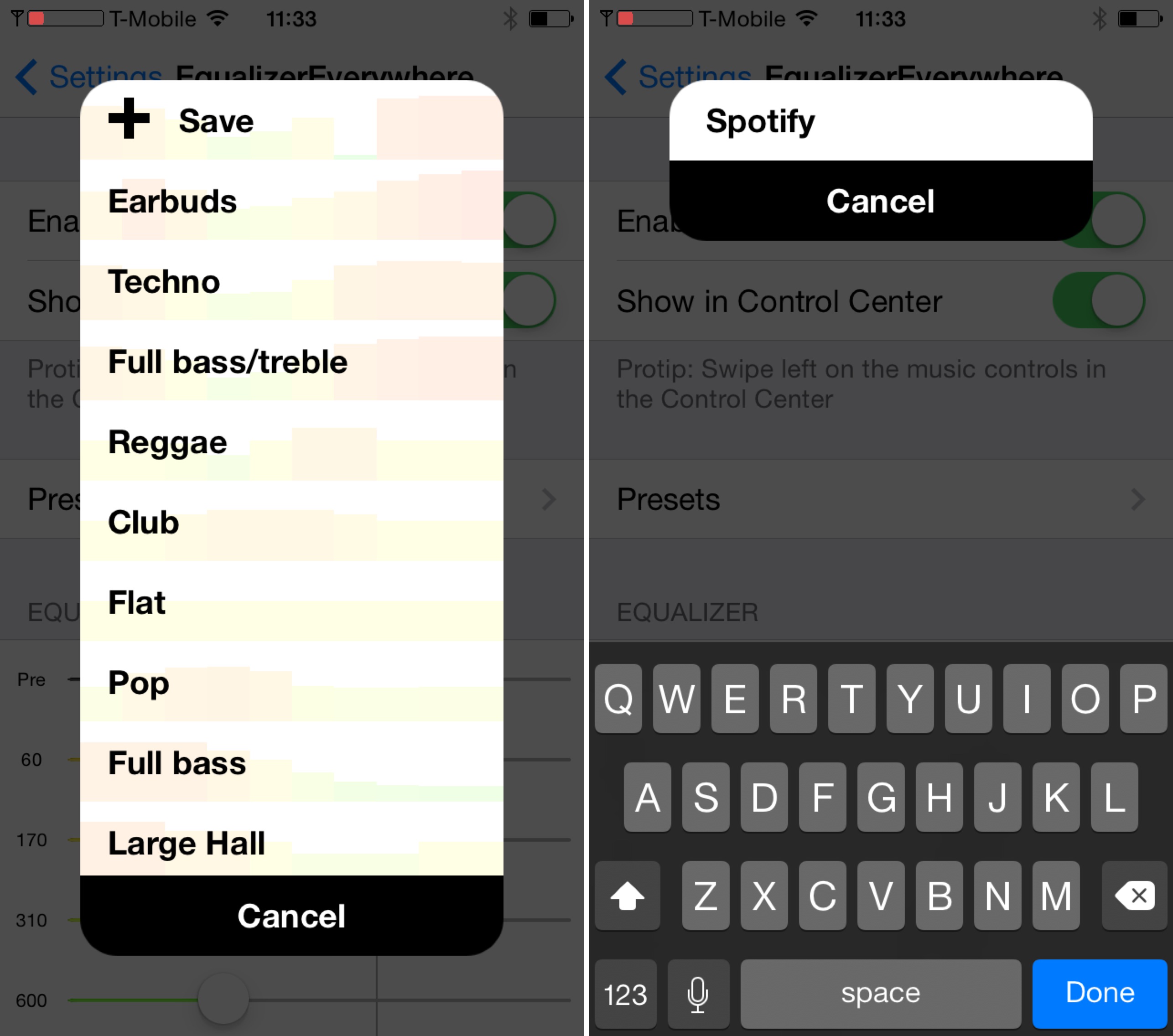 Although the tweak worked fairly well from my testing, I must say that I did run into an issue when streaming audio via HTML5 audio tags in a browser [This has been fixed, see update below]. HTML5 audio simply would not play with EqualizerEverywhere installed. I never encountered a problem elsewhere in my testing, but this is something that you should be aware of, especially if you often enjoy listening to HTML5 audio streams via the browser.

If you’re an audiophile, or even if you just want to have more fine-grained control over your listening experience, then EqualizerEverywhere is a tweak that’s worth your time.  It’s a little pricey at $3.00, so if the idea of having an equalizer that you can adjust on the fly is never something that occurred to you, chances are you probably wouldn’t use it enough or be interested in it enough to justify the investment.

What do you think about EqualizerEverywhere? Share your thoughts and comments down below in the comments.

Update: The HTML 5 audio issue has been fixed, and was fixed days after this review went live.