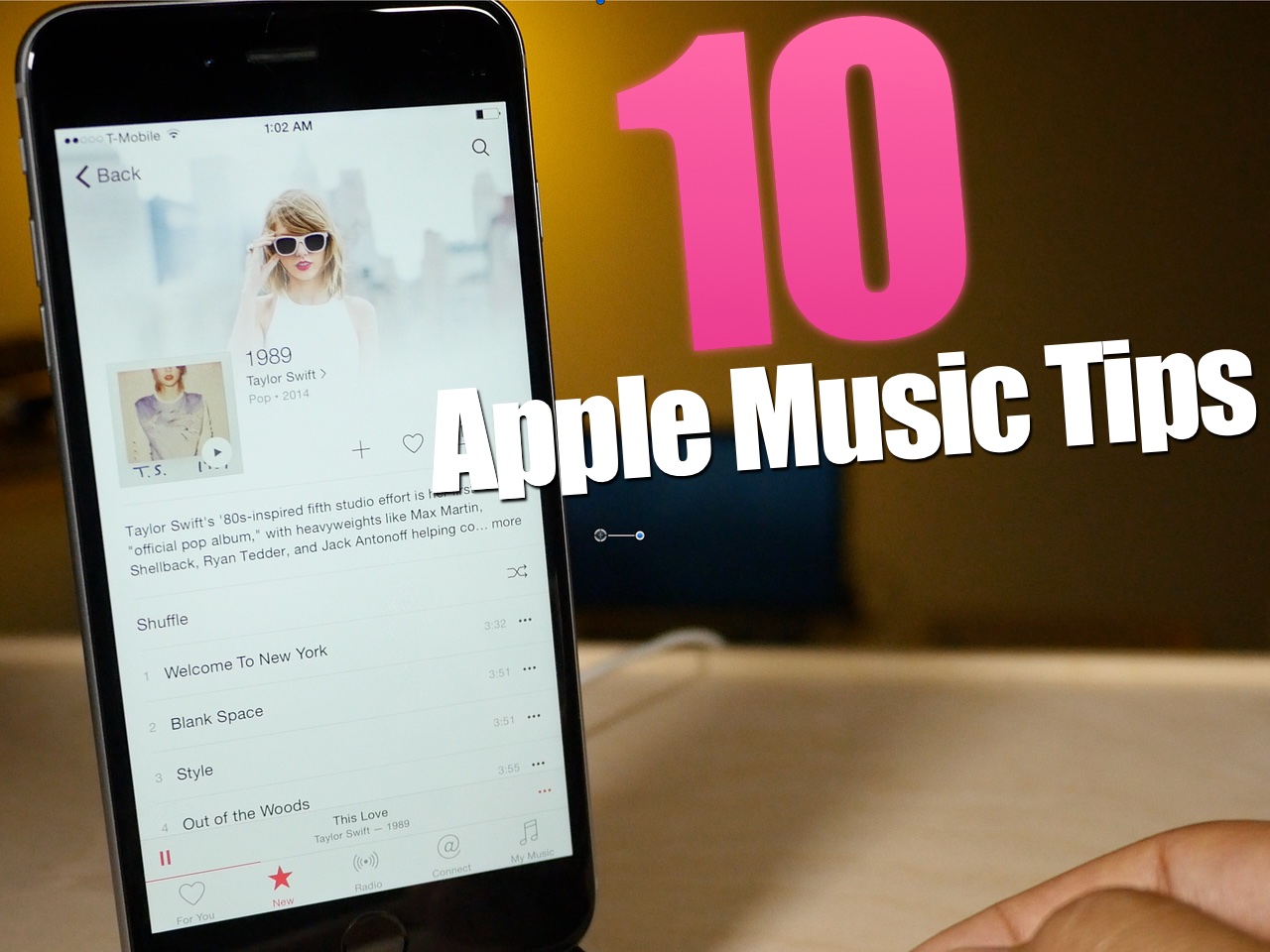 Apple Music is here, and after using it for several hours today, I can attest that it’s pretty great. Not only does it live up to the hype, but it’s been relatively stable as well.

I think the future for artists on Apple Music is relatively bright. Here is a paid streaming service that I think many will be more than willing to get behind.

To celebrate the launch, here are 10 tips for getting more out of Apple Music.

How to save songs and albums for offline playback

You can save songs for offline playback by tapping the ellipses button next to a song of album, and selecting Make Available Offline.

At the top of any of the tabs, you’ll find a download bar. Tap that bar to view in-progress downloads.

How to use the mini player

The mini player lets you browse content in any tab while still maintaining quick access and control to your now playing music. Tap the mini player to expand it, and once it’s expanded, tap the triangle in the upper left-hand corner to minimize it.

How to save songs from the radio to your library

While a song is playing on the radio, tap the ellipses button, and choose Add to My Music.

How to change your Apple Music nickname

Tap the user button in the upper left-hand corner of any tab, tap your name, and tap edit.

How to queue a song

Tap the ellipses button next to a song that you wish to queue, and Play Next or Add to Up Next.

How to view DJ playlists from Beats 1

Tap the Radio tab and tap on the Beats 1 banner. Scroll down to the bottom of the page to find archived DJ playlists.

How to set Apple Music tracks as an alarm

Save a song to your library and open the Clock app. Tap the Alarm tab, add a new alarm, and tap Sound. Tap Pick a song to search your library, which will included saved music from the Apple Music library.

Use Siri to control music playback, identify and add music to your library

Invoke Siri and ask her to play any song that you can think of. The iTunes library is vast, so chances are she will play the song that you wish to hear. You can also use the Shazam integration to identify songs, and ask Siri to add them to your library.

Tap the ellipses button next to a song, and tap its banner at the top of the menu that appears to be taken to the song’s corresponding album

Of course, that’s just the beginning of our exploration of the revamped Music app, but these 10 handy tips will have you well on your way to mastering Apple’s new music experience on iOS 8.4. What Apple Music tips do you have? Any that aren’t on this list? Let us know.