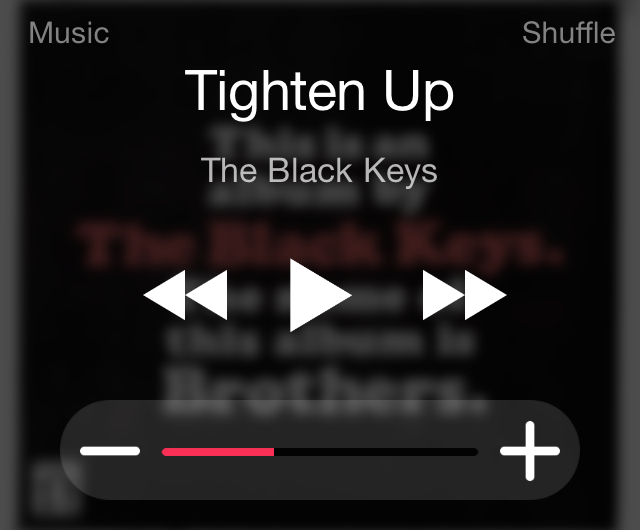 If you’re not a big proponent of Reachability, then perhaps this new jailbreak tweak will at least convince you to use it, even if it’s not the way that Apple intended it to be used. Aspectus is a recently released jailbreak tweak that brings a beautiful music control interface to the iPhone’s Reachability view.

Even if you’re using a device that doesn’t support Reachability, Aspectus will work with Activator in order to provide access to the tweak. Read our walkthrough for more details as to how it looks and how it works.

After you install Aspectus on a Reachability-enabled device like the iPhone 6 or the iPhone 6 Plus, it should just start working. If you’re using a device that’s devoid of Reachability support, don’t worry—simply head into the stock Settings app, find the Aspectus preference panel, and assign an Activator gesture. I find that the triple-tap of the Home button works great, as its probably as close as you can get to a proper Reachability button on an older device. 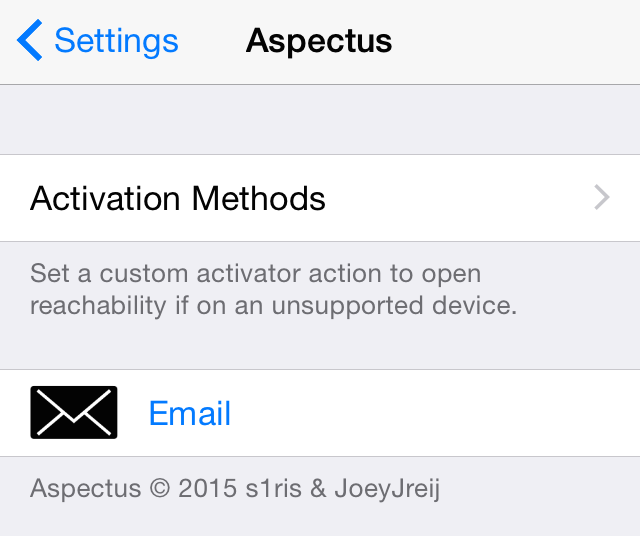 Once you invoke Aspectus, you’ll see the screen lower to reveal the music controls interface. One thing to note is that Aspectus forces the Reachability area to stay open, and not auto-close like it normally does. This gives you the time needed to use the tweak’s interface without worrying about it closing before you’re finished.

The interface background is the album art from the now playing song. Along with the album artwork, you’ll see the typical transport controls—back, play/pause, and skip—prominently displayed on screen. Underneath the transport controls rests a large volume slider, which can be controlled by the physical volume buttons or via the soft controls.

At the top of the Aspectus interface, you’ll see the name of the currently playing song, the artist, and two buttons in each corner of the screen. The button in the upper right-hand corner will allow you to shuffle your music, and the button in the upper left-hand corner allows you to access the native music picker interface to quickly add music to the now playing queue. 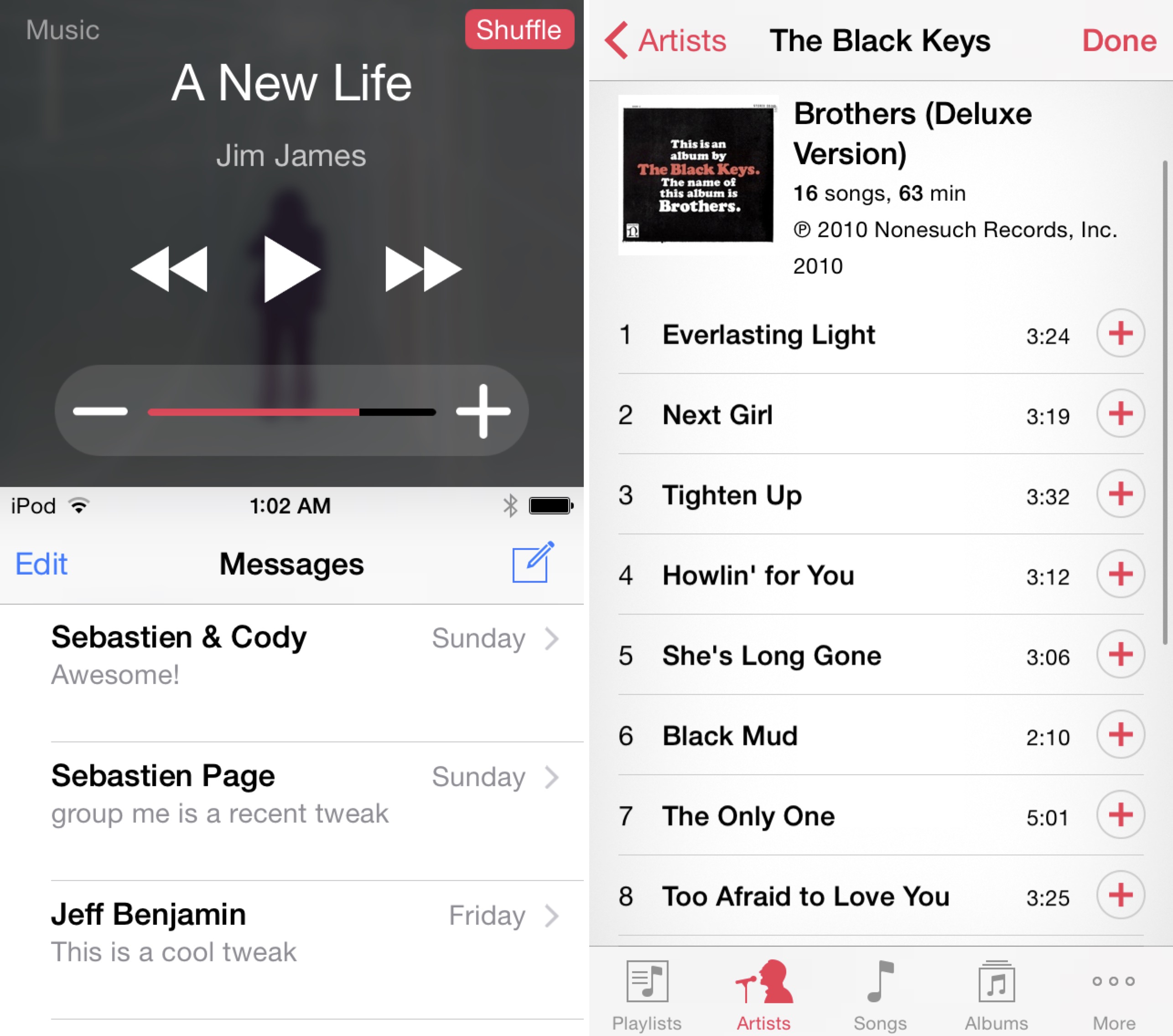 Outside of the obvious fact that you’re using music controls on the Reachability area, the queuing feature is the most interesting part of Aspectus. Unfortunately, I had a mixed experience with the queuing feature, as it seemed very temperamental in its function. To be fair, that may be due tom underpowered iPod touch, as I discussed in the latest episode of Let’s Talk Jailbreak that should be out tomorrow morning.

Aspectus is available right now on Cydia’s BigBoss repo for $0.99. The developer notes that it even supports the popular ReachApp tweak by using its widget API, so you don’t have to choose one over the other.

What do you think about Aspectus? Are you a fan?