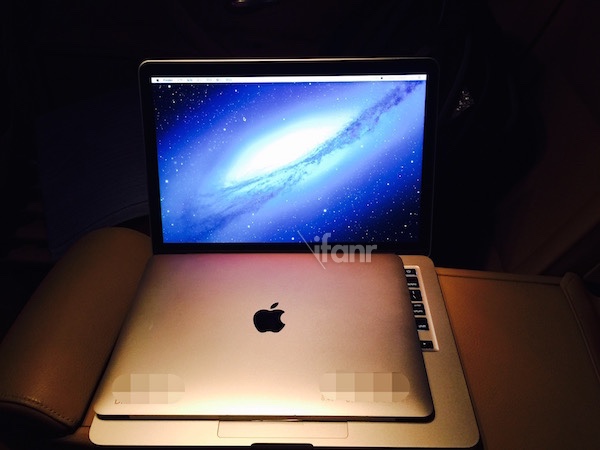 Earlier in the month, Taiwanese trade publication learned that Apple supplier Quanta Computer had begun ramping up production of the upcoming 12-inch MacBook Air ahead of launch sometime in the first quarter of 2015.

The claimed photographs at the top and right below depict the alleged twelve-inch MacBook Air display against Apple’s existing 13-inch Air. 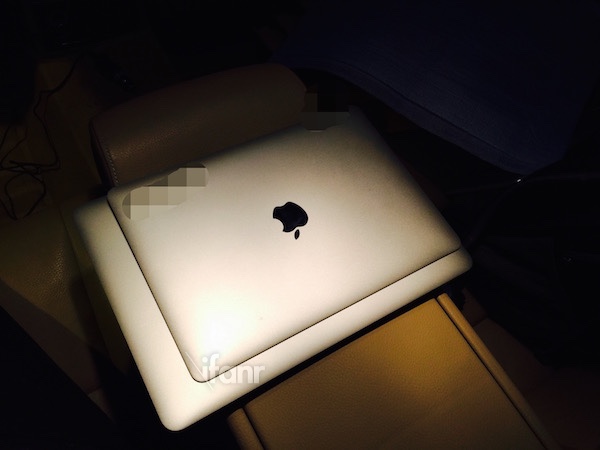 And here’s a side-by-side comparison versus the iPad Air 2. If genuine, the forthcoming notebook will be just slightly thicker than Apple’s latest full-size tablet, which is just 6.1mm deep. 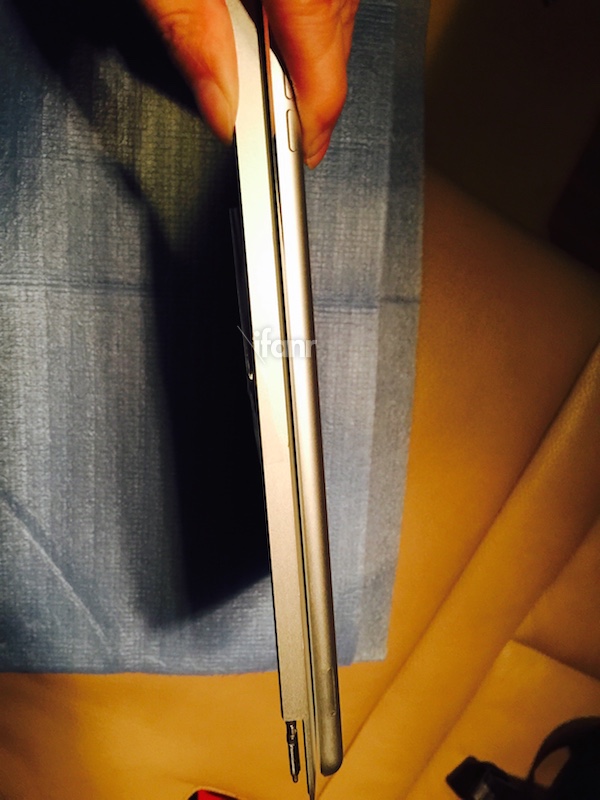 Here’s another shot comparing it to the iPad Air 2. 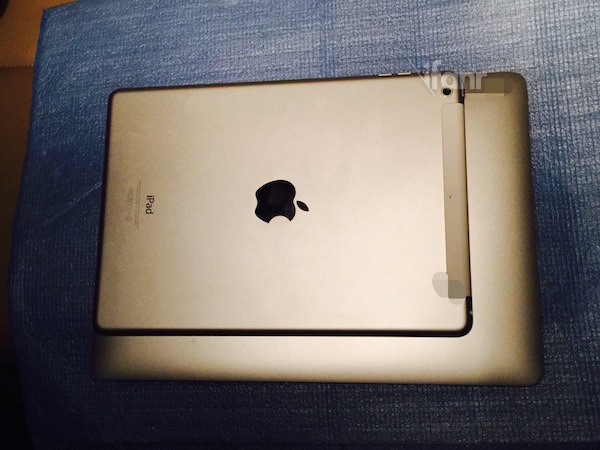 And again, a nice size comparison with the 13-inch MacBook Air. 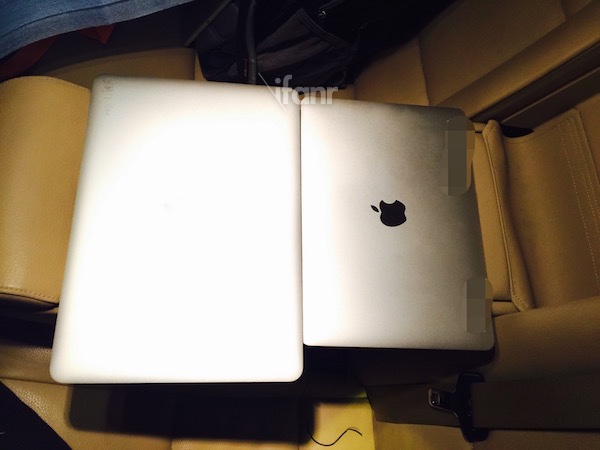 One takeaway here is the shift to an iPad-like logo emblazonment on the back, representing a major departure from a backlit logo on Apple’s existing notebooks. iFanr thinks the change could be due to the notebook’s ultra-thin appearance.

If true, this new method of applying the logo does not match up with a recent supply chain rumor alleging that Apple’s 2015 devices will switch to using laser cutting and advanced embedded technologies to make the logo on products “3D-like and shine at the edges”.

The report adds that the 12-inch MacBook Air should feature a Retina screen with a resolution of 2,304-by-1,440 pixels and run Intel’s latest Broadwell processors which debuted at CES 2015, making possible a fanless design.

The image below suggests that the device will drop the thick grey bezels in favor of edge-to-edge screen design with the thin black bezels as seen on Retina MacBook Pro models. 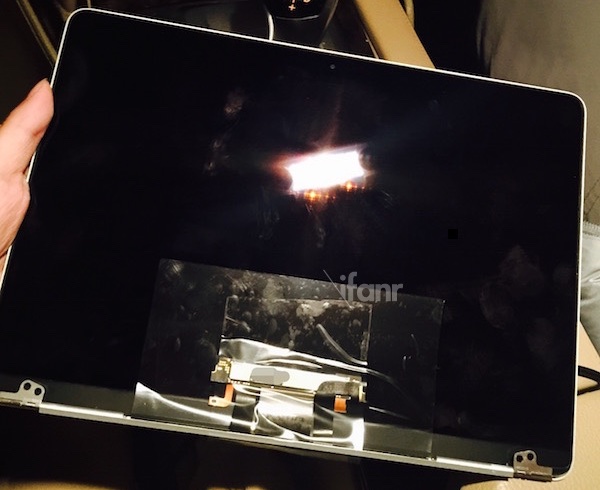 Thanks to the thinner bezels, the twelve-inch machine is said to achieve a similar footprint like the 11-inch MacBook Air, despite a larger display size.

What do you think of these images?