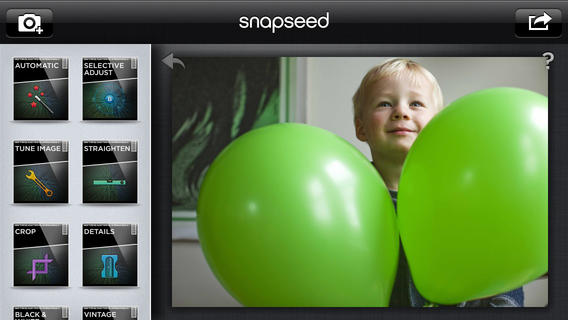 Snapseed, the popular mobile image editing application Google acquired in September 2012 (making it a free download) is quite a piece of work.

As our resident iPhoneographer Emil wrote recently, with just a few simple steps, Snapseed can turn your dull and boring iPhone shots into beautiful and lively Fall photographs that dazzle with just the right amount of color, saturation, emphasis and detail.

As part of its ‘A Morning With Google+’ event which revealed interesting developments on the Google+ iOS front, the Internet giant just started shipping a new version of Snapseed which comes with a cool new filter and the ‘Shadows’ image tuning option.

Important caveat: avoid this update if you’re not running iOS 7…

Snapseed 1.6 for the iPhone and iPad lets you improve your snaps with the new Scape filter that promises to “bring a stunning look to your images”. If you’ve ever used HDR photography on your iPhone, HDR Scape in Snapseed should feel familiar.

Akin to regular HDR photography that combines three images taken in a rapid succession and at different exposure levels, the HDR Scape filter brings out detail from both dark and washed out/overexposed areas –  but achieves the trick working from a single image.

Here, check out the ‘before’ and ‘after’ example. 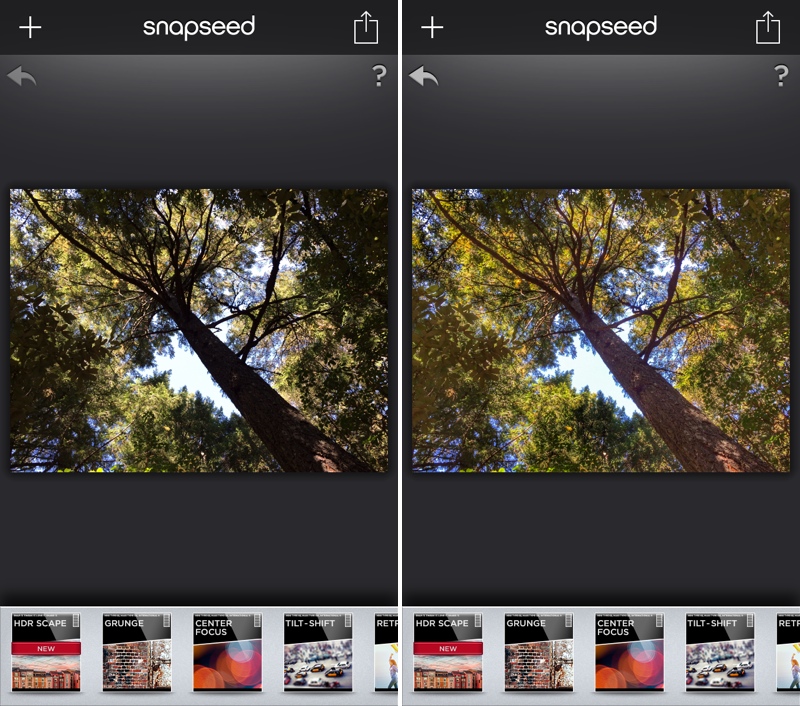 The other new feature in this Snapseed release – the Shadows slider – is available right from the Tune Image menu. As the name suggests, Shadows is mean to brighten dark areas in a natural way.

That, plus the usual “bug fixes” and “other small improvements”.

Again, don’t install this Snapseed update if you’re still on iOS 5 or 6 due to a bug that leads to problems when saving or sharing images. “We will release an update in a short while that fixes this issue,” Google promised.

Speaking of mobile photography, perhaps I should mention the search giant confirmed today that Google+ iOS app will gain full-resolution uploads and background sync in the near future and revealed new ways to awesomize your images online, through new Google+ Photos features.

Snapseed is free on the App Store.