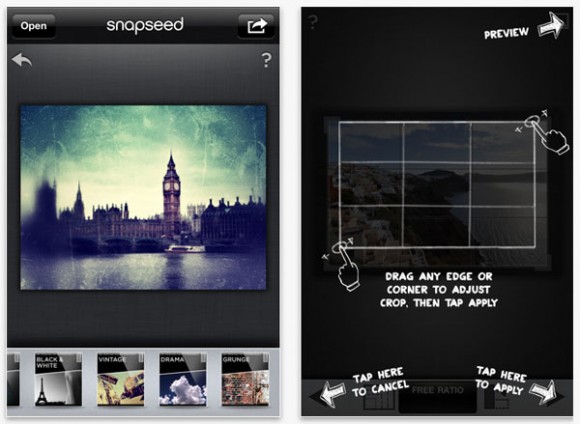 Google is always on an acquisition spree but if their recent deals are anything to go by, it’s hard to escape the notion that the search Goliath is specifically going after very successful iOS developers.

It snapped up mobile productivity maker Quickoffice earlier in the summer and in July bought the Sparrow team and merged it with the Gmail team while saying ‘no’ to new features for the popular iOS and Mac email client of the same name, much to the horror of die hard fans.

If you use Snapseed, a popular photography and image editing app for the Mac and iPhone/iPad, you probably won’t like this: Google just bought them for an undisclosed sum…

A post over at the official NIK Software blog reads:

We are pleased to announce that Google has acquired Nik Software. For nearly 17 years, we’ve been guided by our motto, “photography first”, as we worked to build world class digital image editing tools. We’ve always aspired to share our passion for photography with everyone, and with Google’s support we hope to be able to help many millions more people create awesome pictures.

We’re incredibly grateful for all of your support and hope you’ll join us on the next phase of our journey as part of Google.

Along with the Nik Software acquisition, Google’s Vic Gundotra just announced the company now has over a hundred million active users on Google+ on mobile and desktop, with 400,000 sing ups so far.

Snapseed, which also exists for Microsoft’s Windows platform, debuted on the iPad in June of last year. Apple named it “iPad App of the Year” and the team followed up with Mac and iPhone/iPod touch versions soon after.

Google is obviously making targeted acquisitions of successful iOS developers to fill in gaps in the Play Store marketplace for Android. And if you ask me, Google’s really buying mindshare here.

By the way, The Verge has a super-nice feature up on how Google stays sharp gobbling up startups.

This deal obviously puts Google on a more level playing field with Facebook, which bought Instagram for $747.1 million while making good on Zuck’s promise to continue updating iOS and Android versions.

In addition to Apple gadgets, I also own a Galaxy Nexus handset running Android Jelly Bean. To this date, I have not found a capable image editing/photography app akin to Camera+ (my go-to photography program on the iPhone), Snapseed, Apple’s iPhoto and some such.

Google has not made its intensions known so we can only speculate why they snapped up NIK Software and how the move will affect development of Snapseed on Apple’s platform.

They would be foolish to kill the lucrative app out of malice (big corporations rarely do that) even if such a move wouldn’t come as a terrible shock considering the fierce rivalry between Apple and Google.

What’s you read on this?