According to a tweet LinkedIn’s PR person sent out earlier today, CEO Jeff Weiner pulled an Oprah and decided to give each and every one of its 3,500 employees an iPad mini.

TechCrunch was able to confirm the news with LinkedIn’s PR.

A spokesperson wrote in a prepared statement:

We wanted to acknowledge the hard work and accomplishments of all of our employees in 2012. During today’s bi-weekly All Hands meeting, we surprised our employees with iPad Minis as a small gesture of the company’s gratitude for their contributions.

By the way, when will PR people learn that iPad mini is spelled out with “mini” in lowercase, not “Mini”?

Here’s Weiner next to a stack of freshly purchased iPad minis. 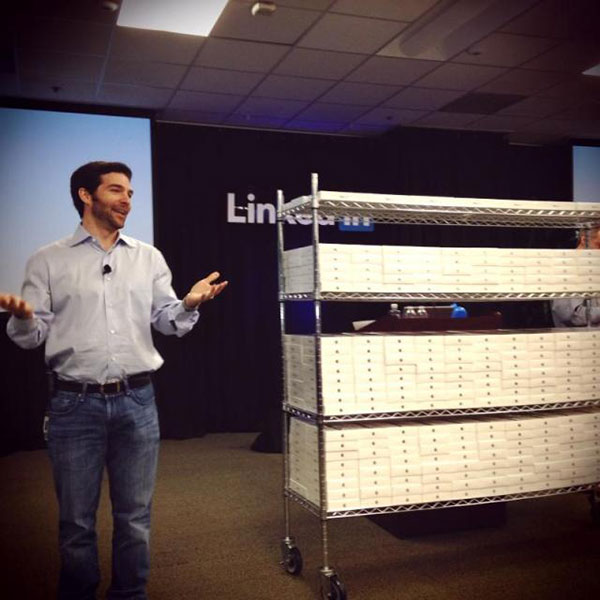 One employee told BusinessInsider that Weiner didn’t cheap out: each employee got an iPad mini with 32 gigabytes of storage, which retails for $429.

That’s what I call a token of appreciation!

Quickly do the math in your head: that amounts to a cool $1.5 million worth of iPads.

Expect $AAPL results next quarter to include a couple million in #iPad revenue for all the Minis @linkedin just bought for every employee!

Of course, Weiner likely took advantage of Apple’s corporate purchasing policy which exercises certain discounts on volume purchases so grand total should be less then $1.5 million.

Still, that’s a lot of money to burn to thank your employees for their contributions.

By the way, LinkedIn has a nice free iOS app that looks great on the iPad.