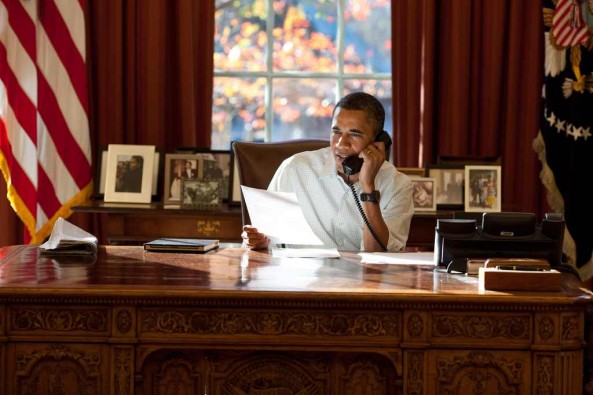 As the president of the United States, Barack Obama is a man that needs a good iPad case. We already know that Obama got his iPad early from Steve Jobs himself, and that America’s boss is a fan of Apple.

In a recent photo on the official White House Flickr account, Obama is seen making a call to thank his troops on Thanksgiving. What looks like a book at first glance sitting there on the Oval Office desk is actually an iPad.

Obama is using the DODOcase, a book-like encasing that gives your iPad a rustic, classy feel. The DODOcase is meant to protect and disguise your iPad, which are clearly case attributes that a president would appreciate.

If you want a DODOcase, you can pick one up for about $70. A small price to pay for the right to say that you use the same iPad case as the president.