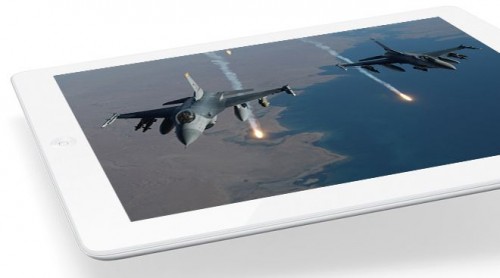 The iPad is already being used in the cockpits of American Airlines aircraft, and soon it will be given pride of place aboard US Air Force planes, too.

We told you recently how the United States Air Force was looking into a bulk purchase of tablets, and it appears that Apple’s iPad has been chosen to replace weighty in-flight manuals and other documentation aboard C-5 Galaxy and C-17 Globemaster aircrafts.

The particular iPad expected to be ordered is said to retail at $599 and sport 32GB of storage which means it will be the WiFi-only version, assuming Apple doesn’t change its pricing structure with the iPad 3 release. While the device does retail for just shy of $600, the Air Force will pay just $520 per unit based on the deal it has agreed.

While the exact number of iPads to be ordered is not yet know, the maximum order is for 18,000 units, with Ferrero saying that the order is “contingent upon funding requests and approval.”