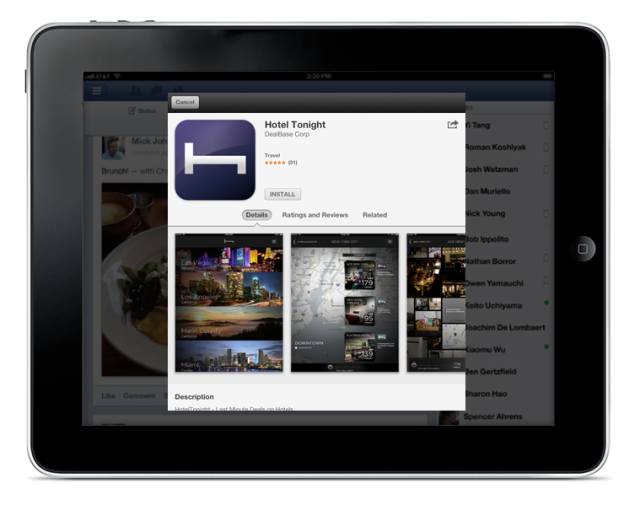 Remember the App Center, a cross-platform application store Facebook launched ahead of its rebuilt iOS app? Hosted and curated by Facebook, the App Center is available as a link in the main menu of their iOS client, listing Facebook-enhanced apps and games that can be found on the App Store. Previously, tapping an entry yanked you out of the Facebook app and into the App Store.

That’s no longer the case as it is now possible to install App Store software from a pop-up inside the Facebook app, which is an iOS 6 SDK feature available to all third-party developers who wish to implement it…

Facebook and Apple’s growing alliance bears new fruit today, as mobile app install ads in Facebook for iOS 6 now allow users to downloads apps from the App Store from a pop-up instead of interrupting users and forcing them to leave Facebook.

The Next Web warns the feature does not indicate special treatment from Apple as it was “given to all developers on iOS 6 by Apple, not something done specifically for Facebook”.

OMG is this special treatment??!?How about doing some fucking research first?

In-app installs work as expected: the apps are downloaded in the background and noted with a ‘new’ badge (if it bothers you, remove it with this tweak).

Facebook recently launched mobile app install ads to let devs pay for a spot in the Facebook News Feed to promote their apps. Because these ads are bought on a cost-per-click basis, in-app installs give devs more bang for their advertising dollars. 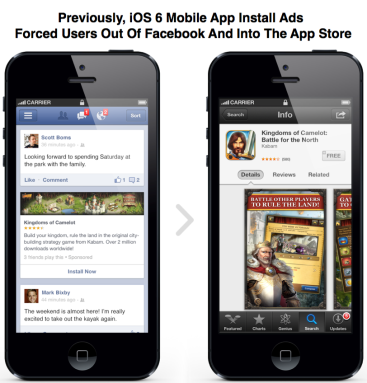 The company also noted that “in coming months” it will improve the user experience of mobile app install ads.

For example, you may be able to customize your ad unit based on your audience, ensure that your ads are only shown to people who have not installed your app on iOS or Android devices, and allow people to start installing your app without leaving Facebook.

Mobile app install ads drive installs by taking people directly to the App Store or Google Play. Now, people on iOS 6 can install an app without leaving their Facebook experience. When they click on an ad, the App Store will appear in another dialog box. After installing the app, they will be able to continue where they left off on Facebook.

Apple’s own Mail app in iOS 6 also features a similar ability by way of iTunes preview sheets for App Store links in email messages, seen below. 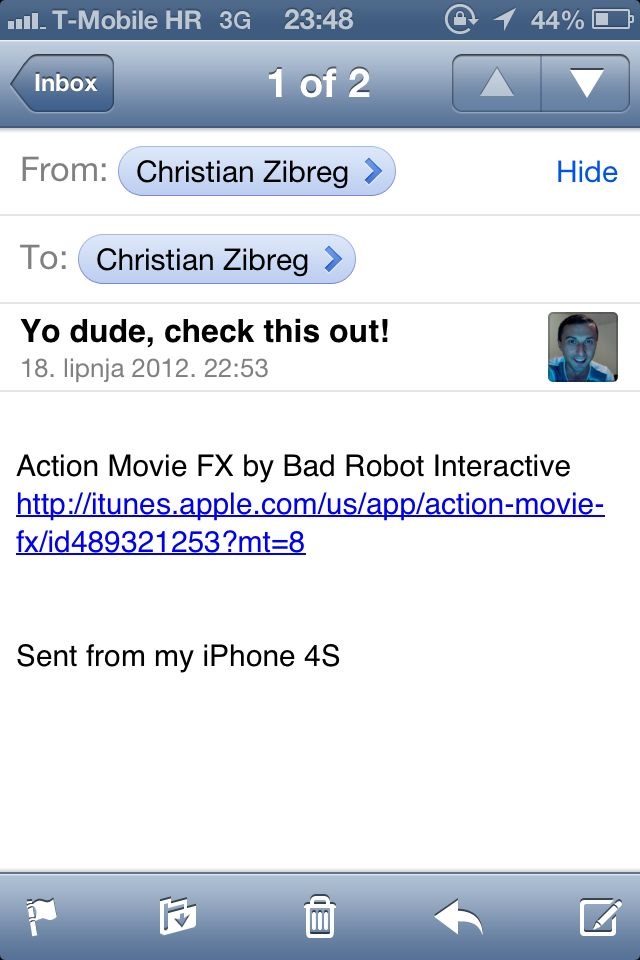 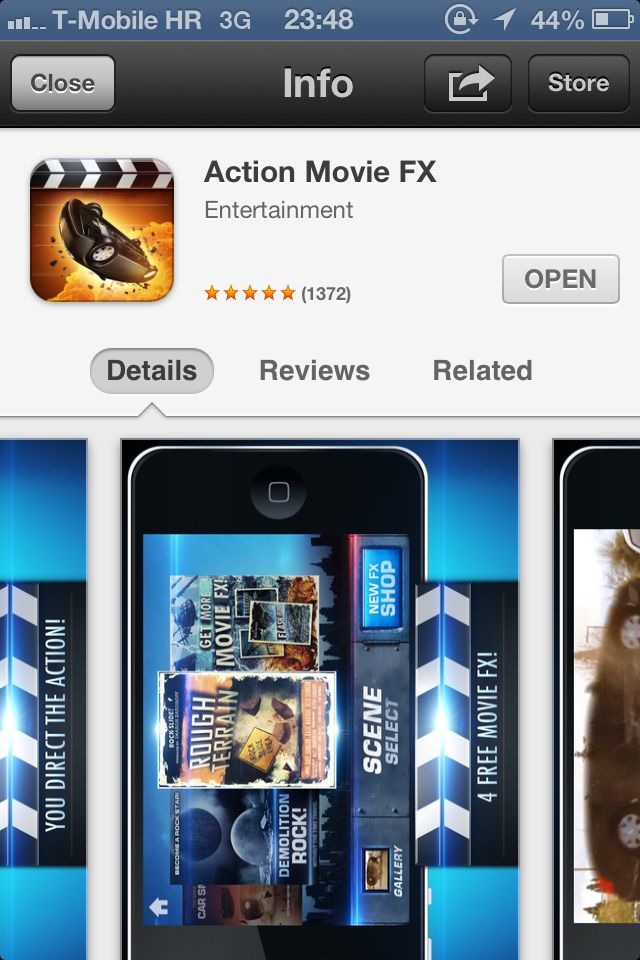 The first major third-party app to implement the feature – at least to my knowledge – is the refreshed Flipboard app that now lists curated iBookstore content from iTunes.

Such an arrangement actually benefits all sides.

Apple gets to boost App Store downloads due to a less cumbersome process.

Anyways, do you think you’ll be more likely to download App Store apps from Facebook’s iOS client now that this unobtrusive downloading experience is in place?