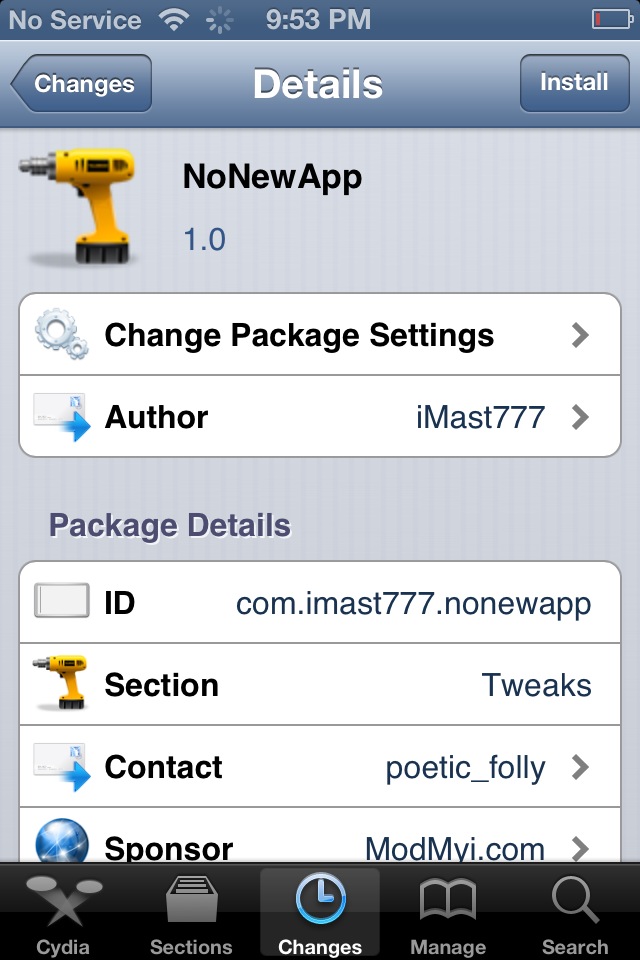 Do you find yourself hating the “new” badge that appears on newly installed apps from the App Store? I must admit, that even if I have no intentions of using a newly downloaded app right away, I’ll at least open it once to rid it of that ugly badge.

If you happen to jailbroken, there’s an even easier way to get rid of the eyesore, and it’s called NoNewApp. NoNewApp is a recently released jailbreak tweak that prevents the “new” badge from appearing on newly downloaded apps.

Want to see how it works? Take a look inside for our full video walkthrough…

As you can see, NoNewApp is a simple tweak with no settings or options for you to configure; just install it and go. If you want to give it a try for yourself, then head over to Cydia’s ModMyi repo where it can be had free of charge.

Remember, you’ll need to be on iOS 6 for this tweak to be of any use to you. That’s because the “new” app badges are a relatively new addition that first appeared with iOS 6.

Be sure to let us know what you think about NoNewApp in the comment section below.