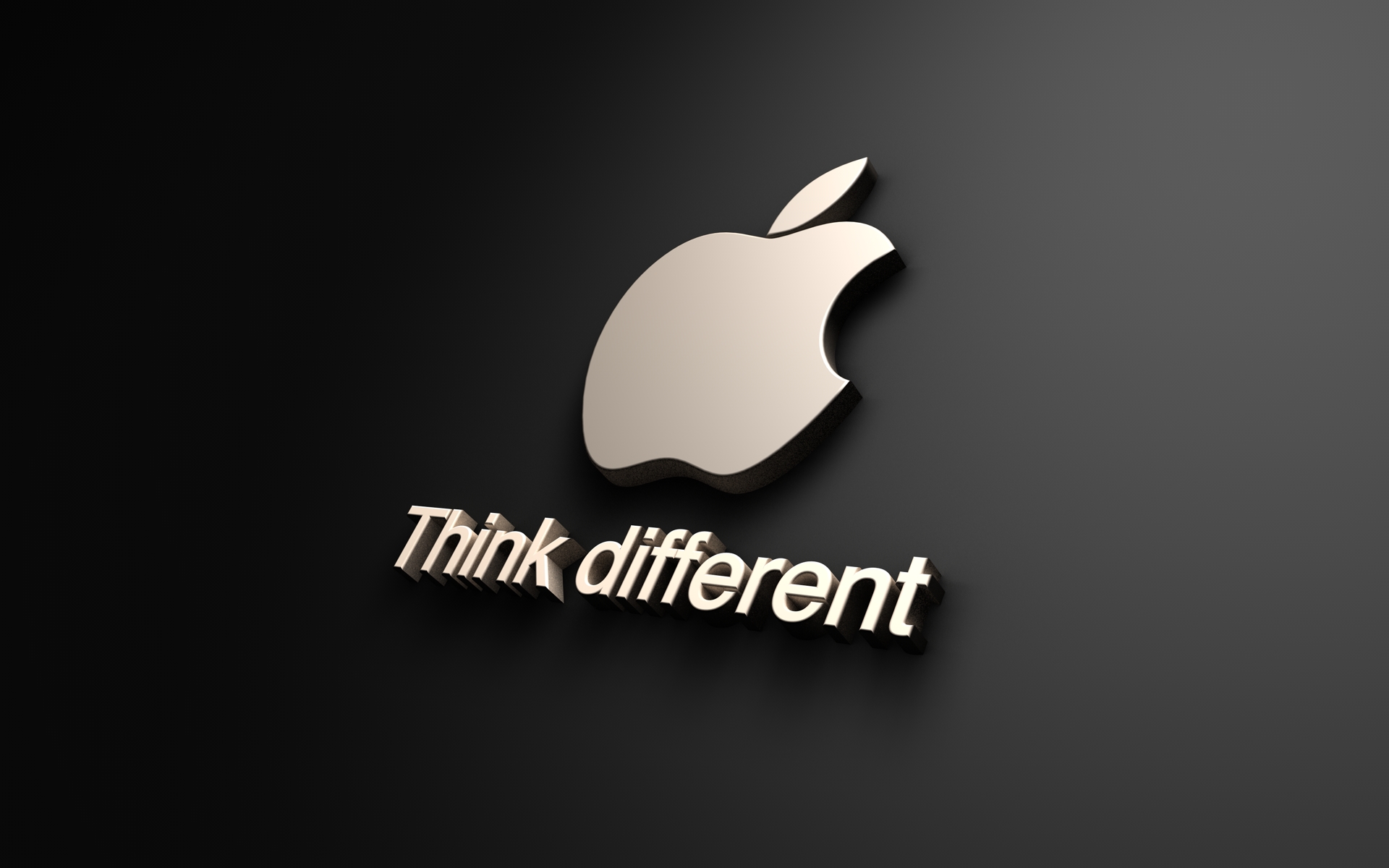 If there’s one thing that really came as a surprise this month, it’s certainly not the iPad mini, or any other product announcement, but the executives shake up and shuffling at Apple. SVP of Retail John Browett is gone, and that’s a good thing, and really, hardly a surprise. The biggest surprise was that he was hired in the first place. The real bombshell in yesterday’s abrupt announcement is the departure of SVP of iOS Software, Scott Forstall.

Although it was the biggest kick, Apple’s press release also told us that Ive would now be in charge of Human Interface (aka everything design), iOS and OS X groups are now one, Maps and Siri are now part of the Internet Services unit, and Mansfield will lead the new Technologies group.

Now that we’ve gathered a little more information about the news and that I’ve had time to really soak it in, I’d like to share my thoughts on the situation, and what it all means for the new Apple…

First, the announcement, which came as a surprise to anyone outside Apple, was made at a convenient time. As Ryan Jones remarks, there might be chances that the announcement was made yesterday as the markets were closed in the US due to hurricane Sandy. Apple is an opportunistic company, and the chance to tame down potentially harmful movements of the stock might have been too good to pass. Or maybe the announcement had been scheduled for yesterday for a while. We’ll never know.

At the beginning of the year, Fortune’s editor Adam Lashinsky published his book “Inside Apple,” in which he revealed that “Scott Forstall stands out among the rest of Apple’s executive team as the most likely to succeed Steve Jobs once the Tim Cook era is over“. Indeed, seen for a long time as the successor for Steve Jobs once Cook would be out, Forstall almost felt like a natural fit. Brought by Steve Jobs himself from NeXT, Forstall is largely responsible for the success of iOS as we know it today. For those of you that are interested in learning more, we recently published a story on how Forstall built his iOS team on the early days of the iPhone.

Known as a political man with an abrasive personality, Forstall had more enemies than friends at Apple. The rumor has it that he couldn’t be in the same room as Mansfield and Ive unless Jobs or Cook were here to mediate the meeting. That sure doesn’t look as a healthy work environment, especially at such a high level. But Forstall was Jobs’ favorite kid, and he clearly had made things happen at Apple, so the decision to fire him must have be a hard one to ponder.

What might have sealed his fate could be the obvious failure of Maps and the fact that he didn’t want to sign a public apology for Apple’s shortcomings in its new mapping service. Instead, Tim Cook himself took the responsibility for it, and wrote an open letter apologizing for Apple’s Maps flaws.

According to the announcement, Scott Forstall will be leaving Apple next year and will serve as an advisor to CEO Tim Cook in the interim. In short, he’s been fired and although he probably won’t be back in the office, Apple wants to keep him handy, just in case they have a question or two for him.

Don’t worry, few will miss Forstall at Apple, as Om Malik highlights, “Forstall’s firing was met with a sense of quiet jubilation, especially among people who worked in the engineering groups.”

So what’s next for Forstall? What’s next for you when you’ve helped build the best mobile operating system? A job at Google? I doubt Forstall would take a job at Google to work on Android. I believe Forstall has more drive and ambition than working on Android. A job at Microsoft? His brother works there so that wouldn’t be too far out of his reach. Windows Phone 8 is refreshing, original, and different. That sounds like a challenge. But maybe the most suitable job for Forstall, given his personality, would be to work for himself, possibly as a consultant. Last option for Forstall? Retirement. He recently cashed out about $40 million worth of Apple stocks, and he probably has more. No matter what happens, you shouldn’t worry too much about Scotty.

iOS now goes under the supervision of Craig Federighi, who will lead both iOS and OS X. This is hardly a surprise and really makes sense considering the obvious convergence of the two operating systems. No matter how you look at it, the line between OS X and iOS is getting more and more blurry, and it’s only a natural decision to put them both under the same roof. More close control, more uniformity, more consistency.

There is a strong sentiment that now Forstall is gone, iOS is in deep trouble. I think it’s a normal feeling to have at first, but when you look at it more closely, this feeling might not be justified.

iOS, formerly known as iPhone OS, has been out for five years now. Along the years, Apple has made it better and stronger, and although it still lacks some very obvious features, you’d have to be an Android fanatic to believe iOS isn’t the best mobile operating system in the world.

The iOS train is on. The iOS train has been going on for 5 years and it’s going at full speed right now. Forstall might have been a major piece of the puzzle in the past, but now that the foundations are solid, he isn’t really needed anymore. In short, he’s done his job, and he can now leave because iOS will be in good hands with people that are as capable, if not more capable than he was.

Craig Federighi is a rising star at Apple, and if he does as good a job as he did with the recent releases of OS X, then one should not worry about iOS. Remember that the hardest part of the iOS job is done. We’re now basically on maintenance mode.

Ive is now in charge of Human Interface at Apple, which is a fancy term for “everything design”. As I see it, Jony Ive is now Apple’s right brain, the side that’s in charge of artsy and esthetic things. Is that a good thing or a bad thing? I’m not sure yet. Ive has clearly proven himself as a brilliant and revolutionary industrial designer, but does that make him a brilliant decision maker when it comes to everything related to design? I don’t know.

According to Om Malik’s sources at Apple, “There is a sense of excitement around Jony Ive taking over as in charge of newly created human interface group. The reason for the excitement: hope for a new design direction for many software products.”

I, for one, wouldn’t mind a new design direction for iOS. I wouldn’t be surprised if iOS 7 came with a revamped GUI and got rid off the aging pinstripes that are plaguing many parts of the OS, such as the Settings app for example. Ive’s disdain for skeuomorphic design might have the best of many gimmicky elements of the iOS design (think the shredder in Passbook) as well.

The big picture is also, once again, that a sense of uniformity is being created. With Ive in charge of Human Interface for both OS X and iOS, I expect to see more consistency and homogeneousness in Apple’s operating systems.

Prior to yesterday’s shuffling, Maps and Siri were falling under the iOS business unit. It was Forstall’s responsibility and, as we saw, it might have been his downfall too. Maps and Siri are now part of the Internet Services group, under the direction of Eddie Cue. As the press release highlights, “This group has an excellent track record of building and strengthening Apple’s online services to meet and exceed the high expectations of our customers.”

To me, the fact that Maps and Siri are now part of a more focused business unit means two things. One, Apple is really serious about Maps and Siri. Two, it’s just getting started.

Maps and Siri were two products that were shipped way too early. I know, Siri is still labeled as a beta product, but I don’t care. The reality is that Siri is rarely helpful, even when she understands me. Maps is the same way. It shipped too early. It wasn’t ready, and Tim Cook had to publicly apologize for it. Moving the two products to a business oriented unit tells a lot about the faith Apple has in Maps and Siri. They’re not two “nice features to have” anymore. They’re critical products, in Apple’s eyes.

Siri is a personal assistant, but I think that in the grand scheme of things, Siri represents “search”. Maps, well, represents “maps”. And who is the leader in search and mapping service right now? Google, of course.

Apple understands that the future is mobile. The future is that instead of launching a web browser and typing a query, I will just verbally speak what I’m looking for, and my phone will give me answers. In this perfect Apple world, Google is out of the picture. There is no more need for Google as most search results can be provided either by an app, or by a third party partner (ie. Wolfram Alpha). This is a major blow to Google, whom, let me remind you, makes four times more money from iOS than it does from Android.

The rationale is the same with Maps, although to a lesser extent. In the end, stronger search and maps for Apple, means even more control for Apple. It’s in the company’s DNA, and whether you love it or hate it, you’re going to have to deal with it. This control is what has made Apple the most valuable company in the world.

Understandably, this situation can come across as worrisome, but it seems to me it was very well thought through and laid out. The new organization chart makes real sense to me. As a matter of fact, it makes even more sense to me today than it did two days ago. It is a logical and natural step forward. A step that will increase uniformity and consistency among Apple products, but also a step that will put emphasis on critical business units and grow them to their full magnitude.