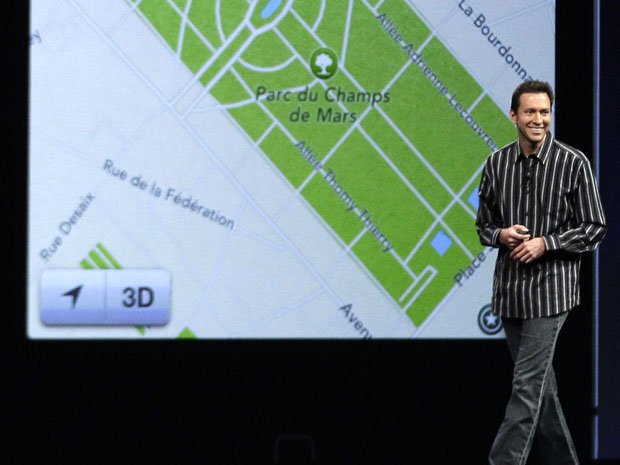 Earlier this evening, Apple announced some major changes to its executive team. John Browett, the head of Apple Retail, will be leaving the company. And more importantly, so will Senior Vice President of iOS Software Scott Forstall.

Browett’s departure comes as no surprise, as he’s had several missteps in his short time at Apple. But Forstall’s exit caught some folks off guard, begging the question: was it his decision? And according to a new report, the answer is no…

“Apple Inc. executive Scott Forstall was asked to leave the company after he refused to sign his name to a letter apologizing for shortcomings in Apple’s new mapping service, according to people familiar with the matter.”

This incident was said to be the final straw in a series of clashes between Forstall and other executives at Apple. It’s fairly well known that the SVP didn’t get along with Jony Ive, Bob Mansfield and other department leaders at the company.

“Mr. Forstall, a 15-year Apple veteran, was a protégé of Mr. Jobs, and his name was once bandied about as a possible successor. He rose quickly at the company and earned a reputation for risk taking. But he was also known as difficult to work with, and “never fit into the culture of Apple,” said one person familiar with the matter.”

Forstall was personally hired by Jobs as a software engineer at his short-lived NeXT company, and followed him back to Apple. It’s been said that they were extremely close, and Jobs often mediated between him and the other executives.

The tense situation is believed to have reached a boiling point during the past month, as iOS users complained about the new Maps app in iOS 6. There’s been hundreds of reports of data inaccuracies, missing locations and points of interest, and other bugs.

Apparently, this was the tipping point that led to Scott Forstall’s ousting, according to The Journal’s sources. And Inside Apple author and Fortune columnist Adam Lashinsky corroborates the story, saying he too has heard that this was the deciding factor.

Forstall’s responsibilities will be split up between Jony Ive, the new head of Human Interface, Eddie Cue, who will take over Siri and Maps, Craig Federighi, who will now lead both iOS and OS X teams, and Bob Mansfield, the new SVP of Technologies.