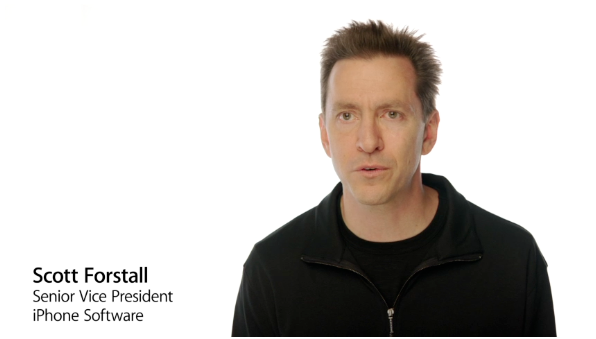 This is huge: Apple just announced that some major executive changes will be taking place in 2013, one of which involves Senior Vice President of iOS Software Scott Forstall leaving the company. Forstall, as most of you know, has been largely responsible for the success of iOS and its devices. In his absence, Jony Ive, Bob Mansfield and other executives will take on more responsibilities.

Additionally, Apple’s newly-appointed head of retail John Browett will also be leaving the company. A new search for his position is already underway, and in the mean time, all Apple retail will be reporting directly to Tim Cook.

More details after the break…

Honestly, Browett’s departure should surprise no one. Since replacing the popular Ron Johnson earlier this year, Browett has taken significant criticism over his management decisions — particularly those involving retail staff cutbacks, which were later reversed.

Forstall’s exit, on the other hand, was not so obvious from outside the company. The SVP put together the original team of software engineers who built the software side of the first iPhone. And he’s been managing the iOS development team ever since.

However, inside the company is a different story. We’ve heard multiple accounts from current and former Apple employees that Forstall often clashed with Jony Ive, Bob Mansfield and the other executives, to the point where they didn’t like being in the same room together.

“Apple® today announced executive management changes that will encourage even more collaboration between the Company’s world-class hardware, software and services teams. As part of these changes, Jony Ive, Bob Mansfield, Eddy Cue and Craig Federighi will add more responsibilities to their roles. Apple also announced that Scott Forstall will be leaving Apple next year and will serve as an advisor to CEO Tim Cook in the interim.

“We are in one of the most prolific periods of innovation and new products in Apple’s history,” said Tim Cook, Apple’s CEO. “The amazing products that we’ve introduced in September and October, iPhone 5, iOS 6, iPad mini, iPad, iMac, MacBook Pro, iPod touch, iPod nano and many of our applications, could only have been created at Apple and are the direct result of our relentless focus on tightly integrating world-class hardware, software and services.”

Jony Ive will provide leadership and direction for Human Interface (HI) across the company in addition to his role as the leader of Industrial Design. His incredible design aesthetic has been the driving force behind the look and feel of Apple’s products for more than a decade.

Eddy Cue will take on the additional responsibility of Siri® and Maps, placing all of our online services in one group. This organization has overseen major successes such as the iTunes Store®, the App Store℠, the iBookstore℠ and iCloud®. This group has an excellent track record of building and strengthening Apple’s online services to meet and exceed the high expectations of our customers.

Craig Federighi will lead both iOS and OS X®. Apple has the most advanced mobile and desktop operating systems, and this move brings together the OS teams to make it even easier to deliver the best technology and user experience innovations to both platforms.

Bob Mansfield will lead a new group, Technologies, which combines all of Apple’s wireless teams across the company in one organization, fostering innovation in this area at an even higher level. This organization will also include the semiconductor teams, who have ambitious plans for the future.

Additionally, John Browett is leaving Apple. A search for a new head of Retail is underway and in the interim, the Retail team will report directly to Tim Cook. Apple’s Retail organization has an incredibly strong network of leaders at the store and regional level who will continue the excellent work that has been done over the past decade to revolutionize retailing with unique, innovative services for customers.

Apple designs Macs, the best personal computers in the world, along with OS X, iLife, iWork and professional software. Apple leads the digital music revolution with its iPods and iTunes online store. Apple has reinvented the mobile phone with its revolutionary iPhone and App Store, and is defining the future of mobile media and computing devices with iPad.”

What does this mean moving forward? Well with Craig Federighi now in charge of both OS X and iOS, we could start seeing the two operating systems converge at a faster rate. And with Forstall out of the picture, it could mean some major UI changes are coming to the latter. In fact, now that world-class designer Jony Ive is leading Apple’s Human Interface team, I’d bet money on it.

But don’t feel bad for Scotty. The long-time Apple SVP recently cashed in about $40 million in Apple stock. So even if he doesn’t decide to go work somewhere else, he should land on his feet. And that actually brings up a relevant question: what does Forstall do next?

At any rate, today’s shake-up is a huge move by Apple — easily the biggest corporate change we’ve seen since Steve Jobs stepped down last year, and it will certainly have a significant impact on the company’s future. It’ll be interesting to see how this all unfolds.

What do you think of Scott Forstall leaving Apple?