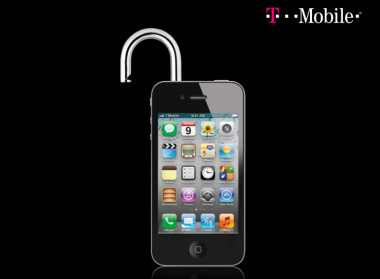 Ahead of the iPhone 5 launch this Wednesday, T-Mobile, the nation’s fourth-largest carrier and the only major U.S. carrier without the iPhone, today kicked off its new initiative meant to lure existing iPhone owners and unlockers to its stores, where they can get support on running their iPhones on T-Mobile’s iPhone-friendly HSPA+ network.

Additionally, the Deutsche Telekom-owned telco committed to developing iOS versions of its popular mobile apps like T-Mobile myAccount, T-Mobile Visual Voicemail and T-Mobile TV. If only they landed the next iPhone…

T-Mobile USA, currently celebrating 10 years of innovation, is advertising the initiative with cost savings in the focus.

A post over at the official blog says that beginning Wednesday, September 12, the company is “stepping up our efforts” to attract customers with unlocked iPhones to T-Mobile.

Each of our branded retail stores will receive an iPhone 4s demo unit and our sales staff will start training to help customers set up their compatible iPhone.

Its iPhone-compatible HSPA+ network on the 1900MHz band is now live in cities like Seattle, Las Vegas, Washington DC and the New York metro area.

Bear in mind that Verizon and Sprint iPhones won’t work on T-Mobile’s network, only AT&T 3G iPhones do. Also, “other iPhones may have limited functionality”, fine print has it.

As you can see in T-Mobile’s advertising leaflet right below, they are inviting people to bring unlocked iPhones and sign up for an unlimited “4G” data plan for a $50 a month saving compared to AT&T, amounting to a cool $1,200 saving over the two-year period. 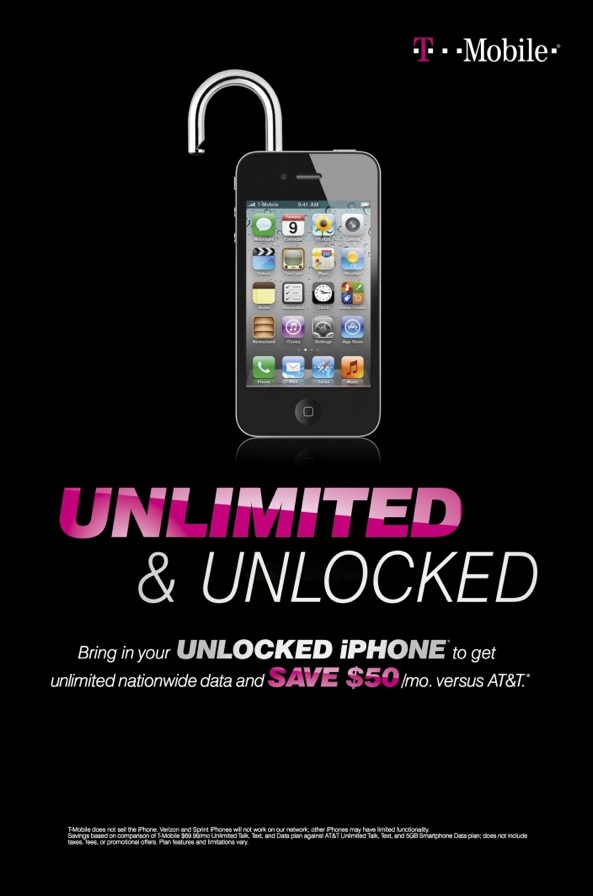 By taking out the cost of subsidizing the iPhone, T-Mobile can offer significantly cheaper rate plans, said marketing director Harry Thomas, in an interview.

The company also commented on the iPhone situation:

Today, we don’t sell the iPhone, but we do have something worth selling to people who have one. Our message to iPhone customers is simple: bring your unlocked iPhone to T-Mobile and save.

T-Mobile already hosts a million iPhone users on its 3G network and now offers micro-SIM cards and some nice free support to unlockers.

Unfortunately, the company is not seen landing the iPhone this year. Without Apple’s phone, T-Mobile lost nearly a million customers last quarter, though it insists on having an iPhone 5 response in the works.

Is this latest offering from T-Mobile tempting or what?