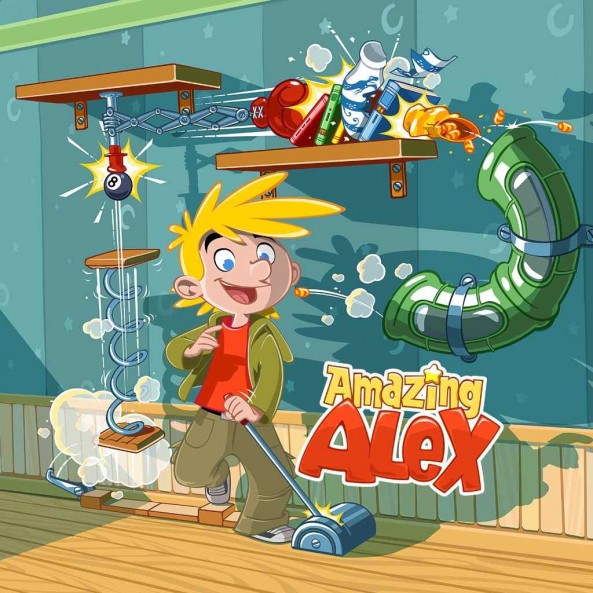 Rovio said last week it would launch its brand new puzzler Amazing Alex some time during this month. Today, the Finnish developer posted a new launch trailer and announced a release date: Amazing Alex will be landing on your iPhone, iPod touch and iPad on Thursday, July 12 (alongside Tiny Wings 2).

And if you’re still wondering about Angry Birds, you’ve hopefully checked out 30 new summer-themed water levels in Angry Birds Season and are keeping your fingers crossed for that Angry Birds pig game, due later this year…

Amazing Alex is the result of Rovio’s recent IP acquisition of Casey’s Contraptions, a charming and addictive puzzle game by Snappy Touch and Mystery Coconut. The game challenges your gray matter with combining various objects and building contraptions to solve levels.

More information is available at the Amazin Alex fan page on Facebook (maker sure to like the official iDB fan page, too).

This brand new release could be only a tip of the iceberg proving there’s life past the incredibly successful Angry Birds (some think the franchise has run its course).

Following the Angry Birds Space launch in March, Rovio dropped a hint in a blog post that “something even bigger” is coming, possibly alluding to a yet another brand new game. The company last month launched Angry Birds Heikki, a web-only game born out of its tie-up with Finnish Formula 1 racing driver Heikki Kovalainen.

Rovio is also big on merchandising, licensing plush toys and other official Angry Birds merchandise and even planning to hit the silver screen with a possible animated series being mulled.

I think I’ve had enough of Angry Birds so Amazing Alex will come as a much needed change.

Do you plan on playing this game?