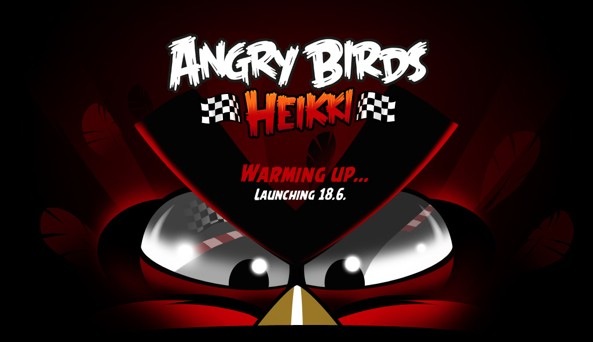 While the Angry Birds series has been available on both Facebook as Chrome Web Store for some time, this is the first time they’re releasing a webgame under the Angry Birds brand name.

What’s this one about?
According to The Next Web, Angry Birds Heikki is born out of Rovio’s tie-up with Finnish Formula 1 racing driver Heikki Kovalainen – hence “Heikki” in the game’s title.

According to a post over at the official Heikki Kovalainen website, Angry Birds Heikki will feature ‘fun Angry Birds game levels with a racing theme in addition to other bespoke content”.

The racing driver, a Finn, is “happy to be backing a Finnish company on a global platform”.

In addition to this co-branding webgame, Rovio will soon release a brand new puzzler called Amazing Alex, a result of their acquisition of all IP rights to Casey’s Contraptions, a charming puzzle game by Snappy Touch and Mystery Coconut.

Is Rovio milking the Angry Birds franchise for all its worth with the games, merchandise and licensing deals?