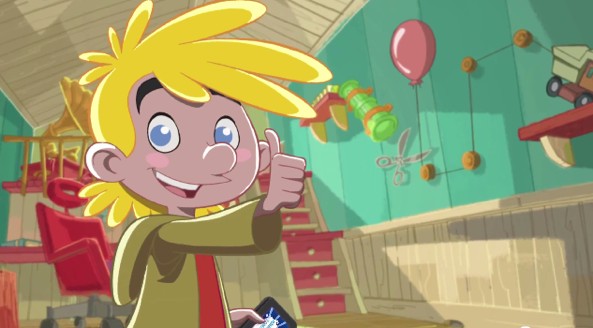 Angry Birds maker Rovio confirmed in an interview with a Finnish television network that its upcoming project will be called Amazing Alex.

Yesterday, we told you that the Espoo, Finland-based game maker acquired all rights to Casey’s Contraptions.

As you know, Casey’s Contraptions is a charming and addictive puzzle game by Snappy Touch and Mystery Coconut. That game’s main character was briefly shown at the end of a video accompanying the one billionth Angry Birds download. So, what’s Amazing Alex going to be about? Here’s what we know so far…

Matt Brian, writing for The Next Web, explains that Amazing Alex will be based on the iOS game Casey’s Contraptions, now pulled from the App Store following Rovio’s IP acquisition.

They are currently “reworking the title to enhance it, and getting ready to re-introduce it in a true ‘expect the unexpected’ Rovio style launch to an even larger audience”.

Rovio has already registered the amazingalex.com domain. CEO Mikael Hed described the main character Alex in an interview with Finnish TV channel Yle as “a curious young boy who loves to build things”.

The game will feature educational elements and will file as another addictive puzzle-based franchise, if Angry Birds is anything to go by.

Amazing Alex will be launching on the iOS platform in the next two months.

Are you looking forward to it?