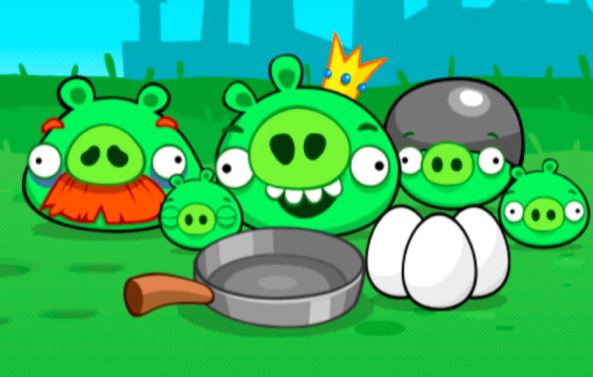 Finnish developer Rovio is rumored to be working on a follow-up to its popular Angry Birds series, a brand new game that would see you play from the pig’s perspective. That would be an interesting twist to the popular formula which saw Rovio deliver a billion cumulative Angry Birds downloads across all platforms as of May 2012, including a hundred million downloads of Angry Birds Space, the latest installment, in just 76 days…

The new Angry Birds pig game is said to arrive just in time for the pre-holiday rush. Stuart Miles, writing in an exclusive story from last Thursday over at Pocket-lint:

The idea of the new game will see you trying to protect the eggs you’ve grabbed from the birds, but still feature a catapult and the now famous wooden and stone structures.

Based on a couple of screenshots they’ve seen, the publication claims that the game will feature “a number of different pigs and -like the birds in Angry Birds”, each with different strengths and skill sets.

Rovio recently updated Angry Birds Seasons with thirty new water-themed levels and promised to launch a brand new puzzler called Amazing Alex later this month. And in April, Rovio hinted in a blog post that “something even bigger” is coming.

I’m a big fan of the Angry Birds games, but the series is admittedly becoming a bit old in the tooth. Hopefully, this clever change of concept will breathe new life into good ol’ Angry Birds.