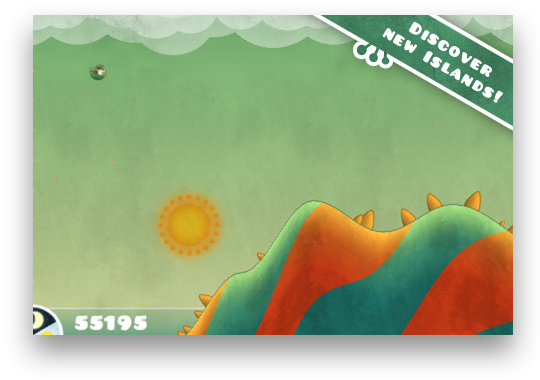 Back in May, Tiny Wings creator Andreas Illiger told reporters that the world could expect a sequel to his popular mobile game “within 3 weeks.” But those 3 weeks came and went, and we haven’t heard a peep.

Then yesterday, Illiger finally broke the silence by releasing a Tiny Wings 2 teaser trailer. And while the video doesn’t give much information away regarding the game, we have to admit, it’s pretty fun to watch…

Luckily the clip does give away one important bit of information — the game’s release date. Tiny Wings fans can expect the sequel to land on iOS on July 12th, which happens to be next Thursday.

As usual, we’ll let you know as soon as the title hits the App Store.