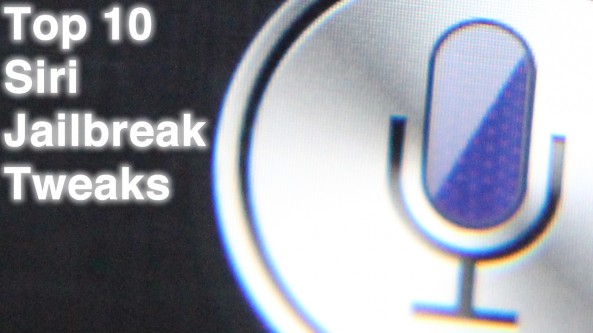 Now the the iPhone 4S untethered jailbreak has had some time to marinate, there’s a nice helping of jailbreak tweaks available that are designed specifically with Siri in mind.

In fact, there are now enough that we can create a legitimate top 10 list covering some of the best Siri jailbreak tweaks to date.

Neurocube Siri is theme that changes up the entire look of the Siri interface into something futuristic. It’s not as pretty as Neurotech Siri, we’ll talk about that a bit later, but it’s not too hard on the eyes.

Lingual is not so much a standalone tweak as it is a plugin for AssistantExtensions — a tweak that we’ll talk about a bit later. Lingual allows you to translate words and phrases into a variety of languages using nothing but Siri. From what we can tell it works fairly accurately. As long as Siri can understand what you’re saying, it can translate it.

As its name states, SiriToggles is a tweak that allows you to use SBSettings-like toggles using only your voice. It was one of the very first Siri tweaks shown, and really showed the potential of Siri in a jailbroken environment.

Hands Free Control has been around for a while, in fact, it’s been around longer than the iPhone 4S jailbreak. For that reason, at a time it was regulated to interacting with Siri’s precursor, the dreaded Voice Control. Because of the lack of true Siri interaction, it wasn’t as popular as it initially should have been. Now that the iPhone 4S jailbreak is a reality, it’s been resurrected with new updates and a brand new bunch of fans.

Hands Free Control lets you invoke Siri without so much as looking at the Home button. All you have to do is speak a custom keyword, and Siri will respond to your requests. It works quite well in most circumstances, and it includes many features for getting the most out of your hands free experience.

Sara is the Siri alternative for those who can’t get siri on their device for whatever reason. From my experience, it works well, though it’s definitely not better than what a real Siri experience offers. That being said, it’s the next best thing. There’s also optional Sara Dictation support available.

Like Neurocube Siri, which we discussed above, Neurotech Siri is an animated Siri theme for jailbroken Siri enabled devices.

This is the best looking Siri theme thus far; the attention to detail here is just ridiculous. It features almost 300 frames of animation; seeing it on video really doesn’t do its beauty justice.

This is when I first realized how much better Siri was in a jailbroken environment. Of all of the Siri tweaks that we have covered, AssistantExtensions is the most promising and features the most room for growth.

AssistantExtensions has the ability to accept add-ons, like YouTube searching by voice and Lingual translation which we covered above. Unfortunately, not as many add-ons have been developed at this point like we imagined they would. We thought we’d see an explosion of custom add-ons that allowed you to do things such as searching Spotify using Siri. Perhaps those add-ons are taking longer to develop than we initially had hoped.

Yet, if developers can start churning out add-ons for AssistantExtensions it will remain one of the top Siri jailbreak tweaks in existence.

This is the first tweak of its kind that allows you to easily send iPhone 4S keys to an iPhone 4 or older device for use with Spire. It’s the simplest way to get Siri running on your non-iPhone 4S device, and it doesn’t require a proxy or any difficult setup. Best of all, it’s completely free. All you need is a generous friend with an iPhone 4S that’s willing to send you his or her keys from their device. AssistantConnect takes all of the leg work out of doing what was previously a strenuous task.

As far as pure features go, no Siri tweak is more feature packed than MyAssistant. With MyAssistant you can toggle system functions like SiriToggles, perform custom commands, open apps, integrate with Activator Actions, create custom conversations, and even change the Siri background. It’s by far the most robust Siri jailbreak tweak in existence.

Spire is the reason why Siri can legally exist on older iPhone 4S devices. AssistantConnect uses it, and so does virtually every other Siri server.
Simply put, without Spire there would be no legal method for having Siri running on your non-4S device. And it’s free. Need I say more?

What do you think about our list? Do you agree that these are among the best Siri tweaks in existence, or did we include a tweak, or leave off a tweak when we shouldn’t have? We want to hear your opinion, so let us know what you think in the comments below.