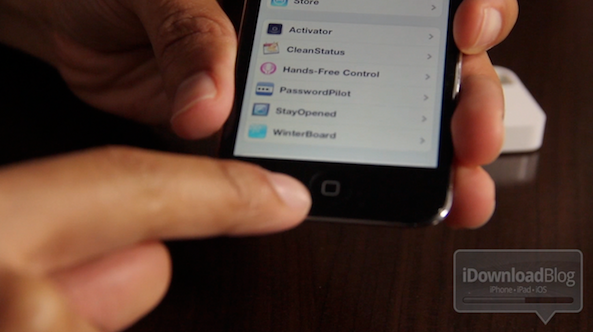 Wouldn’t it be cool if you could invoke Siri without pressing and holding your Home button?

I’ve always thought that Apple should include such an option for when we’re on the road and want to control our devices with Siri.

That’s the concept behind a new jailbreak tweak entitled Hands-Free Control. Once the iPhone 4S jailbreak is made public, it will allow you to invoke Siri by voice alone.

In the meantime, though, you can invoke Voice Control on pre-iPhone 4S devices…

Since I don’t have a jailbroken iPhone 4S, I was forced to take the ho-hum Voice Control route. It’s decent, but it’s no Siri. Hands-Free Control worked reasonably well, especially when its settings were calibrated correctly.

The keyword for invoking the voice control is “Siri” and most of the time it worked as expected with the right settings.

You’ll definitely run into trouble if you make the keyword recognition too loose or too strict, so configure accordingly.

I also noticed that it had a hard time picking up my voice when music was playing. Granted, I did use an iPod touch for my testing, and it doesn’t have a microphone like you’ll find on the iPhone.

All in all, I think this will be quite the compelling tweak once the iPhone 4S jailbreak drops sometime in the (hopefully) near future. What do you think?