Odyssey Team lead developer CoolStar just last week shared a comprehensive rundown of the status of the upcoming iOS & iPadOS 15.0-15.1.1-based Cheyote jailbreak to the Sileo / Taurine / Odyssey Discord channel. In doing so, the community received valuable insight into the team’s progress. 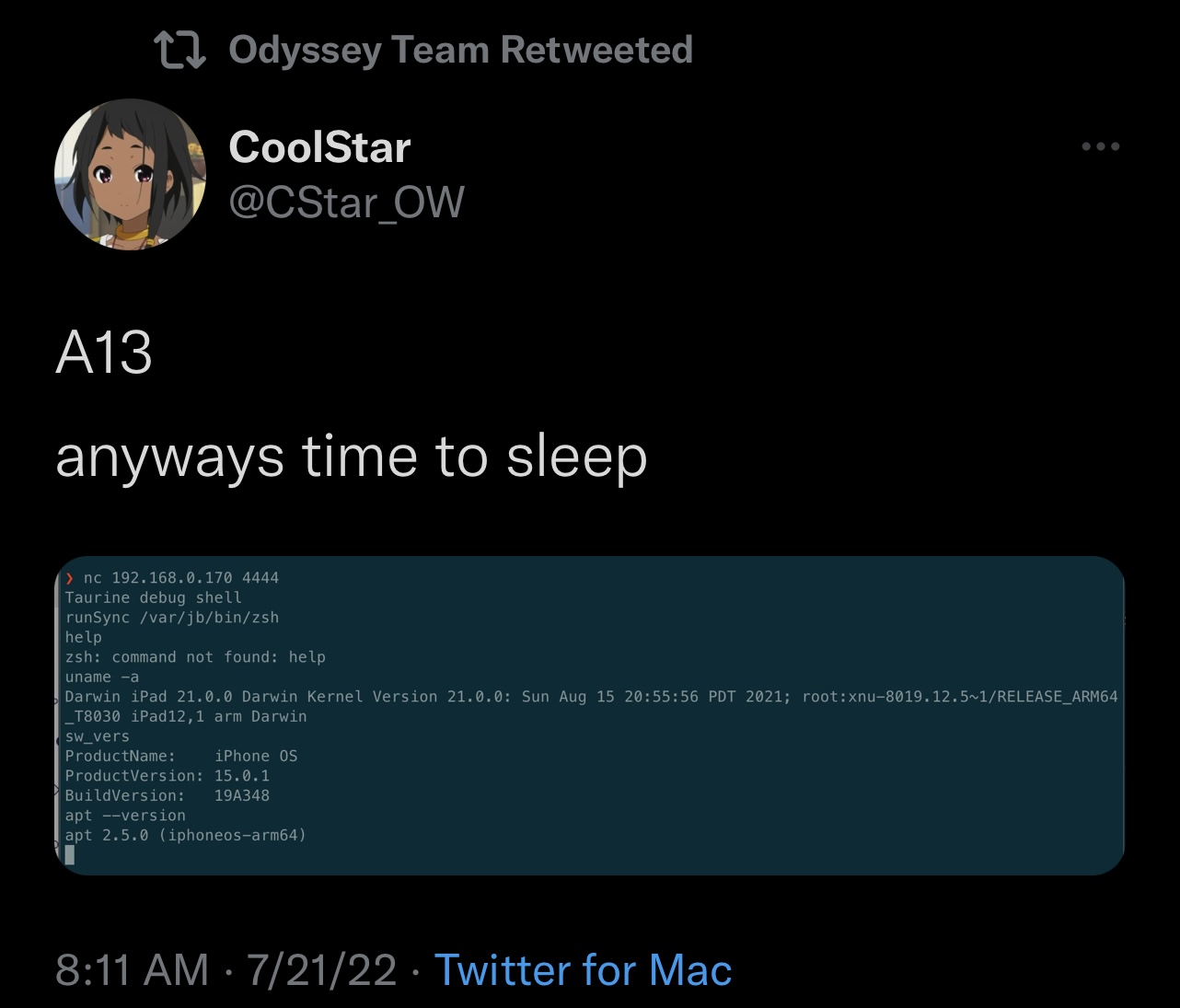 While one of the first hurdles involved A11-equipped handsets, that concern appeared resolved in a follow-up correspondence shortly after. With that out of the way, one hiccup remained involving A12-A15-equipped devices, which brings us to today’s announcement, shown above via CoolStar’s Twitter account.

As you’ll recall from the original rundown, devices equipped with A12-A15 chips had only a few working shell commands to write home about at the time. The more recent announcement appears to reveal a fully working shell now implemented on an A13 device, with A13 falling inside of the aforementioned A12-A15-equipped device range:

As it seems, the Odyssey Team is inching closer to completion of the Cheyote jailbreak tool for iOS & iPadOS 15.0-15.1.1, so it should only be a matter of time now until the final puzzle pieces are carefully locked into place. Still, there is no concrete ETA for the final release at this time.

Are you excited about the continued progress on the long-awaited jailbreak for iOS & iPadOS 15.0-15.1.1? Let us know in the comments section down below.