The Odyssey Team’s upcoming iOS & iPadOS 15.0-15.1.1 jailbreak, albeit rootless, is perhaps one of the community’s most sought-after releases in 2022. Well into the Month of July of 2022, many are wondering where the Odyssey Team is at with the release. Fortunately, lead developer CoolStar took to the Sileo / Taurine / Odyssey Discord channel Monday evening to share a status update. 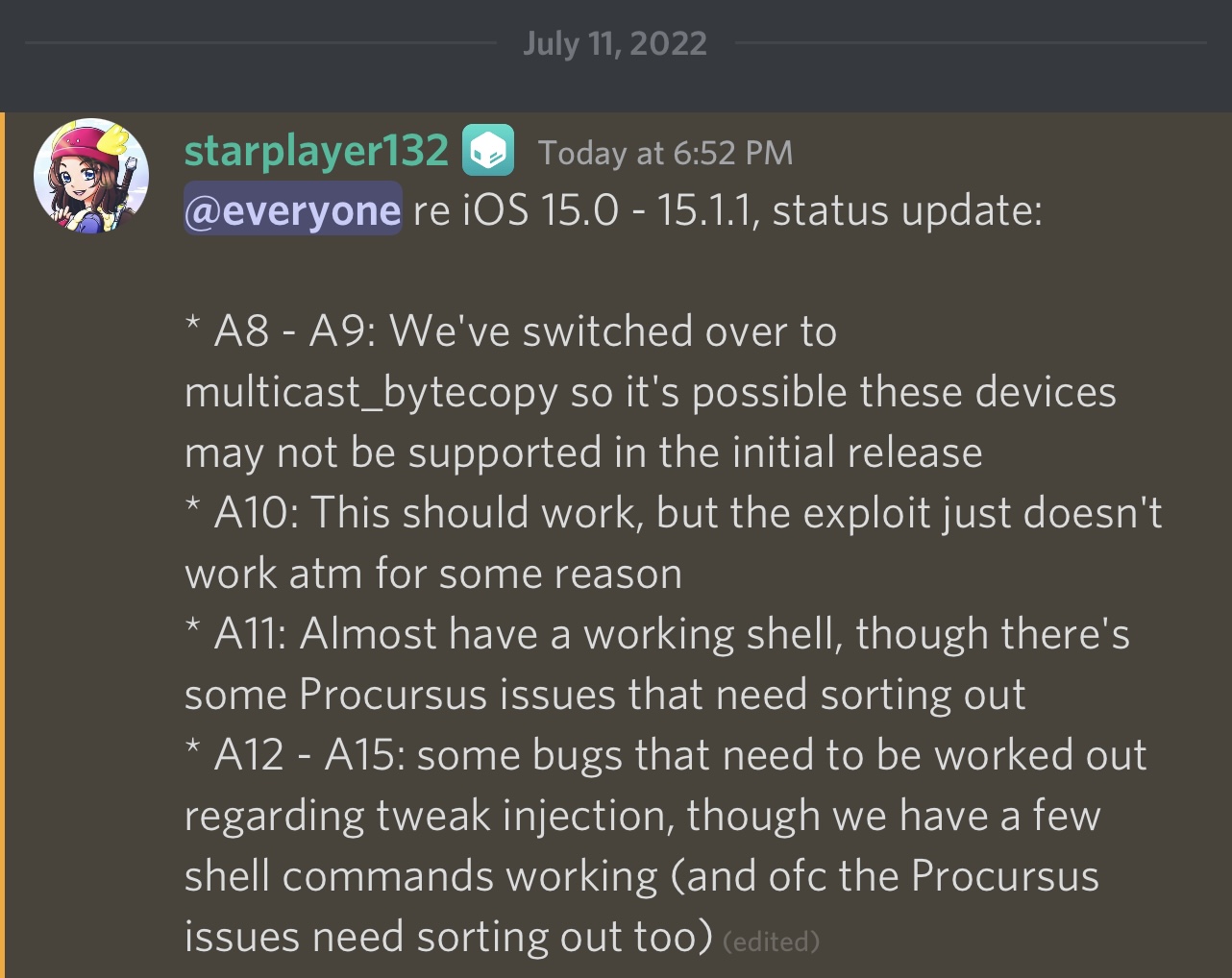 In the announcement, CoolStar discusses some of the progresses relating to different chipsets, as each different chipset poses a unique set of hurdles that the team must overcome to create and release their iOS & iPadOS 15.0-15.1.1 jailbreak. Based on the commentary, this seems to be the gist of things currently:

From what it seems, a lot of progress has been made. On the other hand, a lot of hurdles remain for certain device types – namely devices equipped with the A10 chip. Most other devices are headed on the right track, which is excellent news for most due to the number of newer devices in circulation compared to older ones.

While there is still no concrete ETA for the Odyssey Team’s rootless iOS & iPadOS 15.0-15.1.1 jailbreak, we can only continue to advise patience as the team works hard on ways to thwart Apple’s security mechanisms and to develop new ways to incorporate tweak injection and a pleasant user experience.

iDB will continue to monitor and report progress updates regarding the Odyssey Team’s progress, so stay tuned!