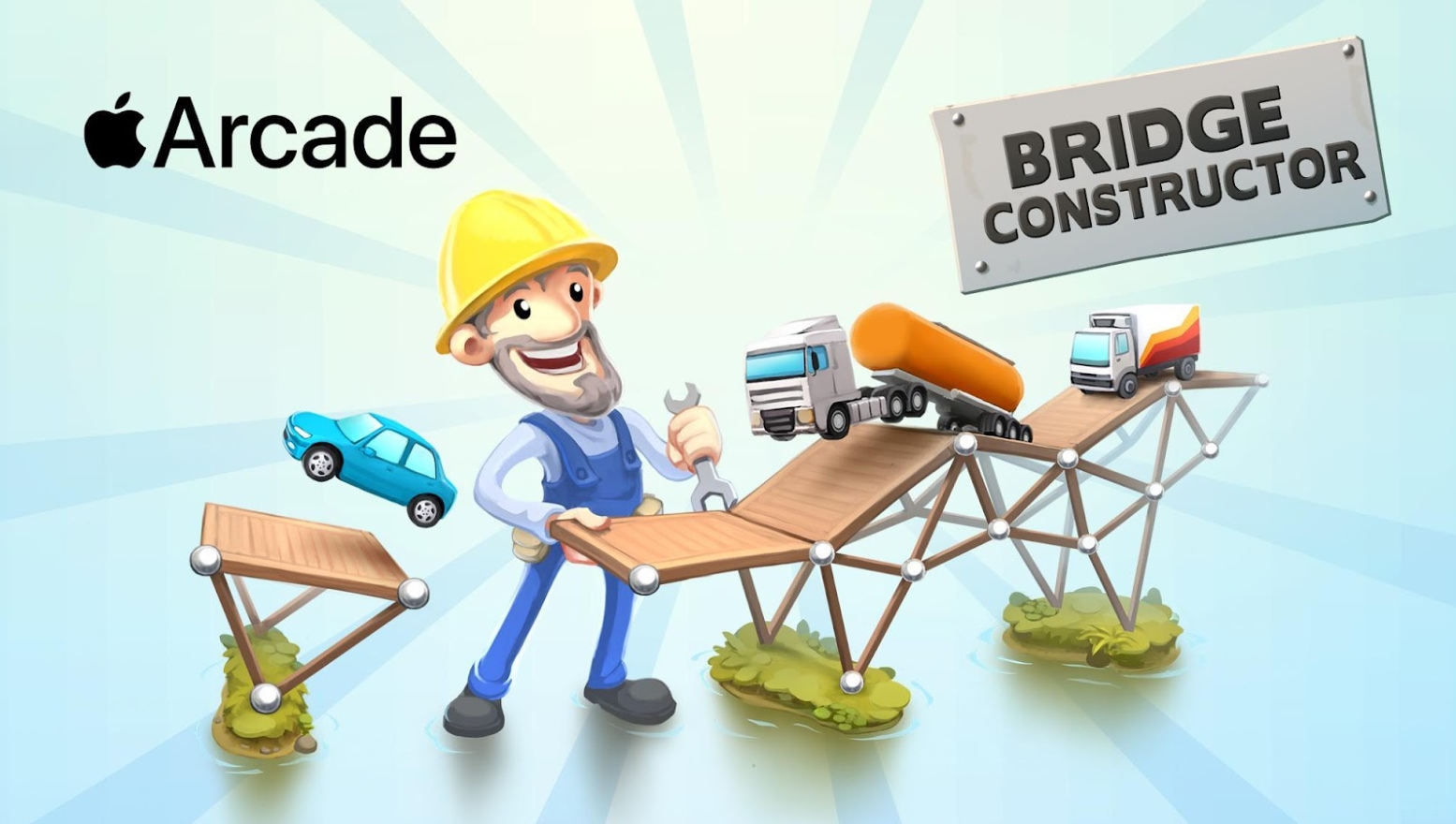 Originally developed by ClockStone and published by Headup Games, Bridge Constructor is a series of games released over the years with different emphasis and gameplay elements. A physics-based simulator, the game was originally launched as Pontifex back in 2001. The second installment in the series hit the Windows platform a decade later.

Wath the Bridge Constructor PlayStation trailer from 2016 embedded below.

The game challenges you to use different parts to design a bridge across a river or ravine for vehicles to reach the other side safely. The trick is in staying within budget because you’re limited by the total cost of the different parts and materials like wood or steel. 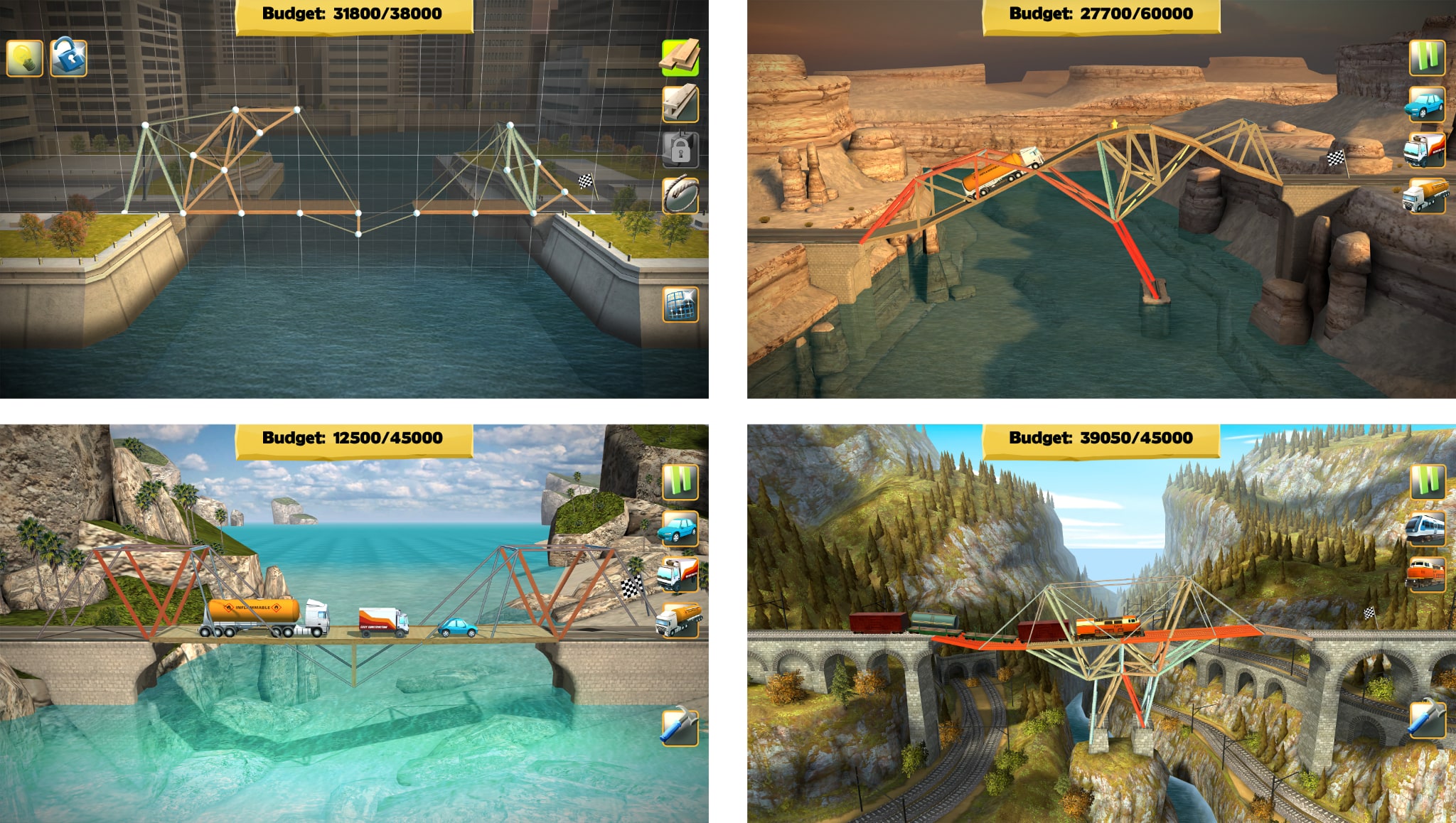 The classic iOS release has 40 levels and the Apple Arcade port is no different.

Relaunched on Apple Arcade as Bridge Constructor+, the game invites you to build bridges over valleys, canals, rivers and more. Aside from the same 40 levels as the classic iOS game, the Apple Arcade port also includes an additional 21 levels added in for the seasonal islands.

As a bonus, all downloadable content such as the SlopeMania and Trains is available in the Apple Arcade version. The Trains add-on includes three new islands, two new vehicles and 18 extra levels. SlopeMania adds the option of creating sloped roads for those interested in building more challenging designs across 24 levels, along with a new setting. Read: How to switch users in Apple Arcade on Apple TV

From the official description:

In the SlopeMania add-on you find yourself on the Tiltin Islands, home to three brand new islands where you’ll even be building your bridges inside colorful grottoes! The 24 tricky, never-before-seen levels will have you using sloping lanes to overcome the massive height differences. The “Crazy Levels” are the real brainteasers and require out-of-the-box thinking and unusual solutions.

And this on the Trains add-on:

Visit the Choonited Kingdom island group in the Trains add-on, with a total of 18 new levels across three islands. Build massive bridges that can withstand the enormous weight of the two new vehicles on offer – a commuter train and a heavily loaded freight train. The idyllic and beautifully designed landscapes will make the heart of every railroad fanatic skip a beat.