Apple still holds a firm hold on the podcasts market in general, even as companies like Spotify try to take that crown on a regular basis. And while hosting a lot of different options is one way to go, most people know that original podcasts are yet another way to secure return listeners. 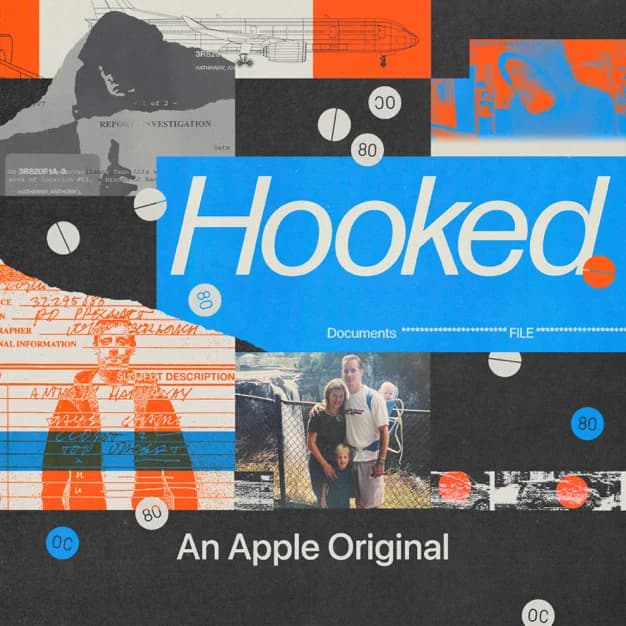 Apple is not a stranger to this, at least not recently. The company has been launching original podcasts for months now, but, up until now, they have all been tied to content you can watch on Apple TV+. For instance, we’ve got a companion podcast to the sci-fi series For All Mankind, and the original true crime podcast “The Line,” which is directly tied to the docuseries of the same name on Apple’s video streaming service.

But a truly original, standalone podcast from Apple has not seen the light of day. Until now. Today, the company has officially launched a new crime story podcast called “Hooked.” This story tells the tale of one Tony Hathaway, a prolific bank robber that managed to take a lot of money in just a single year.

Hathaway was arrested in front of a bank in 2014. Up to that point, he’d stolen money from 30 banks — all of which were just 30 miles away from his home. The podcast will dive into Hathaway’s life, including his OxyContin addiction that derailed most of it. It will look at his career at Boeing, where he worked as a top design engineer for years.

Here’s the official description of the brand new, standalone podcast:

When Tony Hathaway was arrested outside a Seattle bank in February 2014, it brought an end to one of the most prolific bank robbery streaks in American history. Hathaway robbed 30 banks in a single year, all within a 30-mile radius of his suburban home. But that’s not the most surprising part of this story. Before Hathaway was a masterful bank robber—a shape-shifting professional who confounded multiple police departments and the FBI—he was a top design engineer at Boeing, one of America’s most important companies. Hathaway traveled the world in business class, working on the 747, while hiding a gigantic secret: an OxyContin addiction that ultimately unraveled his life. Based on three years of conversations between Hathaway and journalist Josh Dean, Hooked is a different kind of crime story that takes listeners on an exceptional and very personal tour of America’s opioid epidemic.

“Hooked” is available now. It launched today with four total episodes to listen to right out of the gate, including a proper introduction to the new podcast series.

As noted on the official landing page for the new series, this is an Apple Original podcast, produced in partnership with Campside Media.