Over the course of many years, one thing that seemed pretty easy to speculate was the name of the next iPhone. Even when Apple was using the “S” brand for its smartphone lineup. Things got a bit interesting when Apple went with “iPhone X” and then “iPhone XS” to then go with “iPhone 11” and opt for “iPhone 12” immediately after that. And apparently a lot of people out there think Apple should go with “iPhone 12S” this year, rather than “iPhone 13.”

The question in branding is because of superstition. There are a lot of people out there who won’t buy an “iPhone 13” because of the name of the handset, and some companies out there don’t want to use that particular number in their official devices for fear of bad luck. That’s probably something Apple doesn’t really need to worry about, all things considered. And as we reported some time ago, it’s apparently not going to stop Apple from using iPhone 13 this year for its smartphone lineup.

And now we have what appears to be the packaging sticker on the future device’s box, confirming that for us. 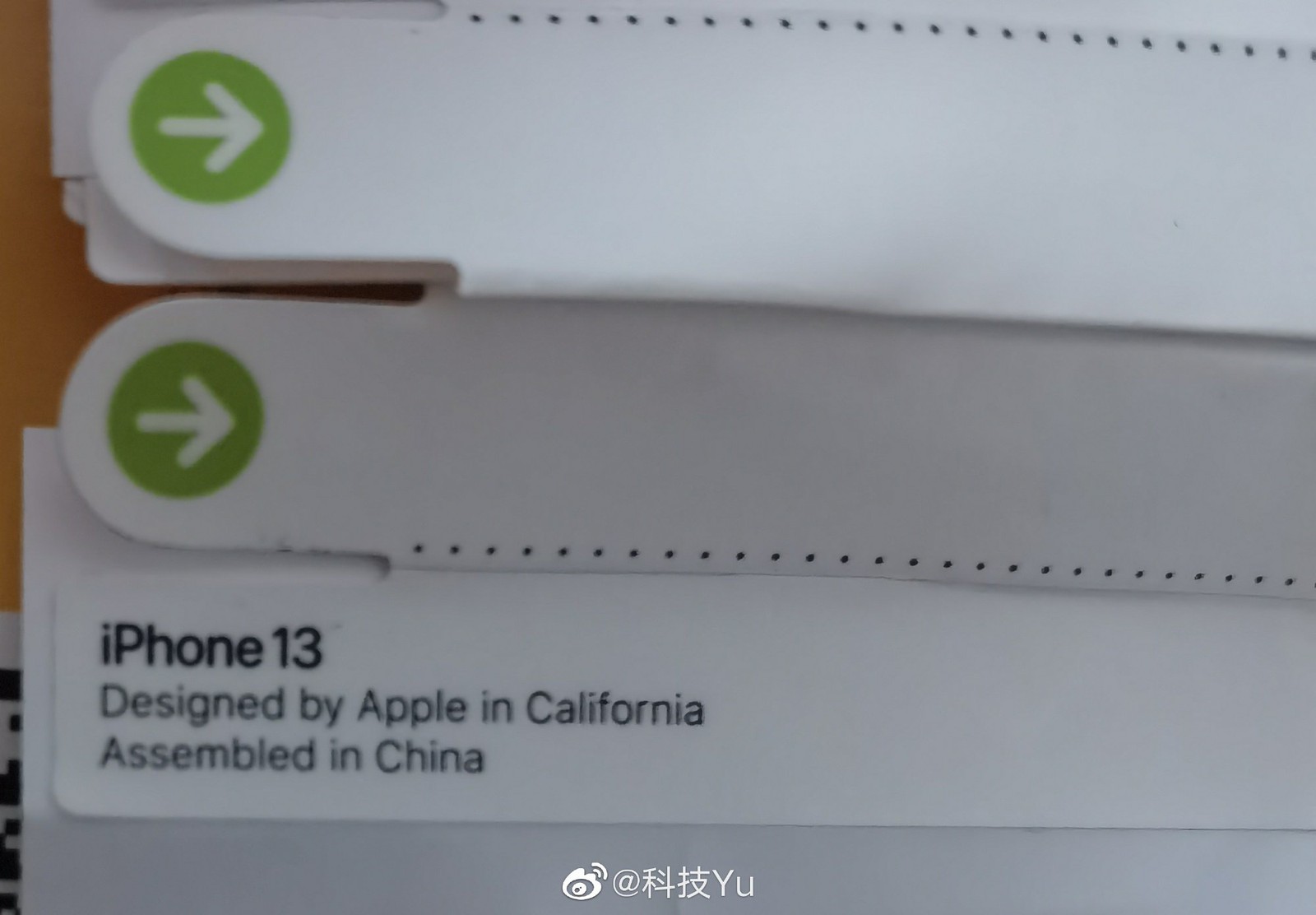 As you can see from the image just above, which was originally shared on the Chinese social media site Weibo and passed along by Twitter user “DuanRui,” (via MacRumors) that packaging sticker clearly says “iPhone 13.” Along with that, we get the familiar bits about the phone being designed by Apple in California and assembled in China. However, nothing here is official. Even DuanRui points out that this isn’t first-hand material they are sharing, and that they are not a “leaker” by any means. They just thought the image shared on Weibo was interesting so they passed it along.

The “good news” for anyone who just loves seeing these types of leaks before Apple gets around to making anything official is that these types of blips on the radar aren’t uncommon. Earlier today, for instance, we saw what appear to be official-looking Apple Watch bands for the upcoming, but still not official, Apple Watch Series 7 that seemingly confirm larger case sizes for this year’s lineup.

Still, take it with a grain of salt. There’s no telling if Apple will actually stick with “iPhone 13,” or if they’ve changed course. We don’t have long to wait to find out.

In other iPhone 13 news, it was recently reported that Apple may be developing a new Face ID system that works with masks without relying on the Apple Watch. The upcoming smartphones may also feature larger battery sizes, and the devices are said to feature new rear camera setups. Plus much more.

Are you planning to upgrade to the new iPhone this year, even if it’s called iPhone 13?