The global landscape has changed quite a bit over the last year and some change. Masks are now common place, and that means Apple’s reliance on a facial recognition biometric system for its iPhone lineup has proven slightly more tedious than it should be. However, Apple did make a workaround — but only if you use an Apple Watch. Now, according to a new rumor, Apple’s working on something a bit more straightforward.

According to a new report from Front Page Tech and serial leaker Jon Prosser, Apple is currently hard at work on a new Face ID system. While it will more than likely offer up general improvements across the board compared to the current system, the main draw is the ability to work with face masks. Which, unless something drastic changes in the very near future, will still be an accessory we need to carry with us while we’re out and about.

That report says that Apple is currently testing the new Face ID system with functioning prototypes. You can see one of those prototypes, in composite render form, in the image just below. Prosser says he was able to see upwards of 75 photos and videos of the various prototype rigs. As a result, the render was made, which shows a case that fits around the current iPhone 12 and sets the camera system well above where the current one is. 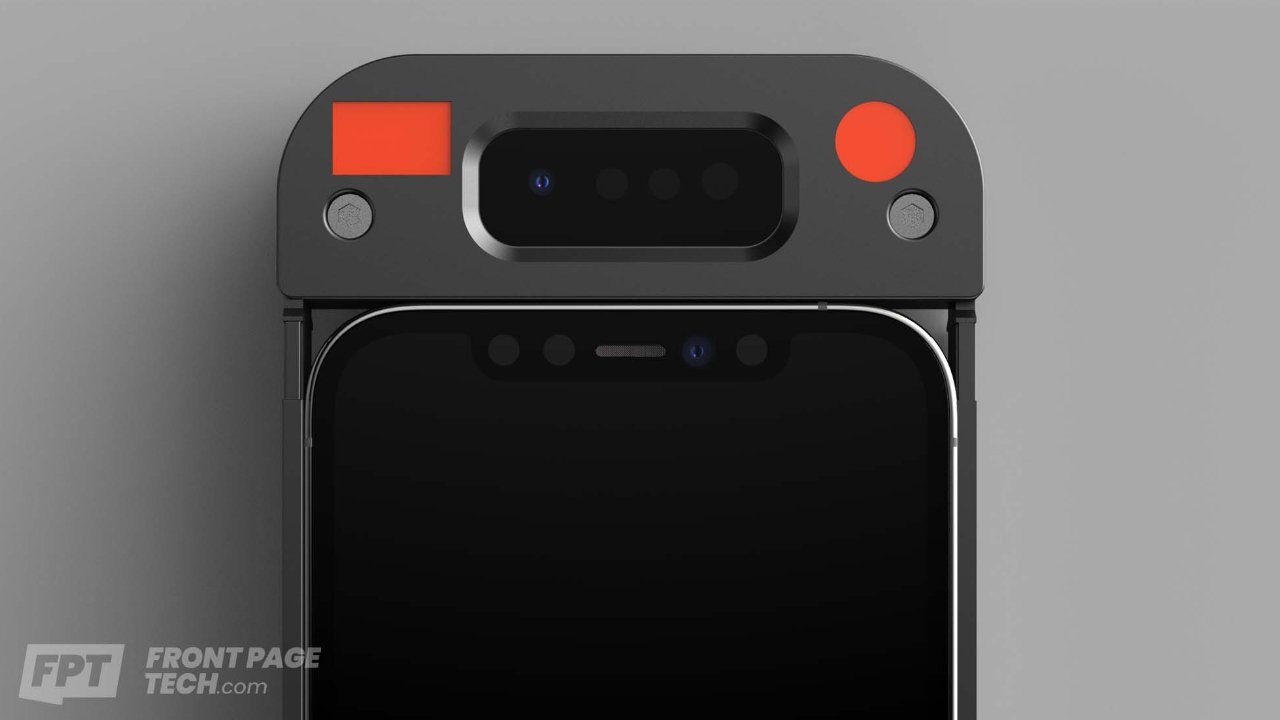 As you can see in the composite render, the new Face ID camera system array is different than what you get in the iPhone 12 version. It’s a bit slimmer, yes, which could help shrink the notch. But the camera system itself is laid out differently as well. The front-facing camera, for instance, is now positioned on the far left, not on the right. And while using the new Face ID system with face masks is the primary goal, the testers trying out the new biometric security measure are also tasked with trying it out while wearing different glasses, too.

According to what we’ve been told, the testing goes pretty in depth with several indoor / outdoor tests that include every style of eye glasses and mask.

The new testing indicates that the Face ID array within the prototype has the ability to authenticate and unlock an iPhone without the aid of an Apple Watch. Back in April, still in the middle of a global pandemic that required the public to wear face masks, Apple released a software solution to the problem everyone was encountering — Face ID not working because of your mask.

Resource: How to unlock iPhone with Apple Watch, even while wearing a mask

If this lines up with an existing launch plan, we could see a big announcement at the upcoming iPhone unveiling that’s expected to happen sometime in early September. This would be a welcomed change, no doubt. We’ll have to wait and see how this all pans out, though.