We’re inching closer to the time when Apple is going to announce new iPhones. Expectations, as usual, are set for early September. So it’s no surprise to start seeing the hardware start cropping up ahead of time. Of course, nothing official. But, for now, it will certainly do.

MacRumors managed to get their hands on some dummy units of the full iPhone 13 lineup, the handsets due to arrive later this year. While the handsets aren’t changing in drastic ways, there are some changes coming down the pipe. And they’re noteworthy in their own right, to say the least.

The dummy models of the iPhone 13 mini, iPhone 13, iPhone 13 Pro, and iPhone 13 Pro Max are all based on details and information leaked from Apple’s manufacturing partners. So, again, while not official by any means, this is a good example of what the final design for the new handsets will look like. It’s still technically possible additional changes will make the final builds, so keep that in mind.

But one of the more interesting, and oft-requested, changes is the notch. These dummy models seem to show off the smaller design, which has been rumored for quite some time.

Apple is rumored to be cutting down on the size of the notch in the ‌iPhone 13‌ lineup and there are changes that are noticeable on the dummy model. The microphone has been relocated to the top bezel of the device, which is perhaps the design change that will allow for a slimmed down front-facing camera module. The dummy models are designed for case makers and don’t have an accurate display setup that demonstrates notch size, so we have to rely on rumors for that.

The ‌iPhone 13‌ Pro Max looks nearly identical to the iPhone 12 Pro Max, though the camera bump is a bit larger. The dummy model has different lens sizes with slightly larger lenses, but other than that, there are no changes. Case makers don’t necessarily need spot-on lens size accuracy for developing a case, but there could be some changes to the lenses as some camera upgrades are expected. 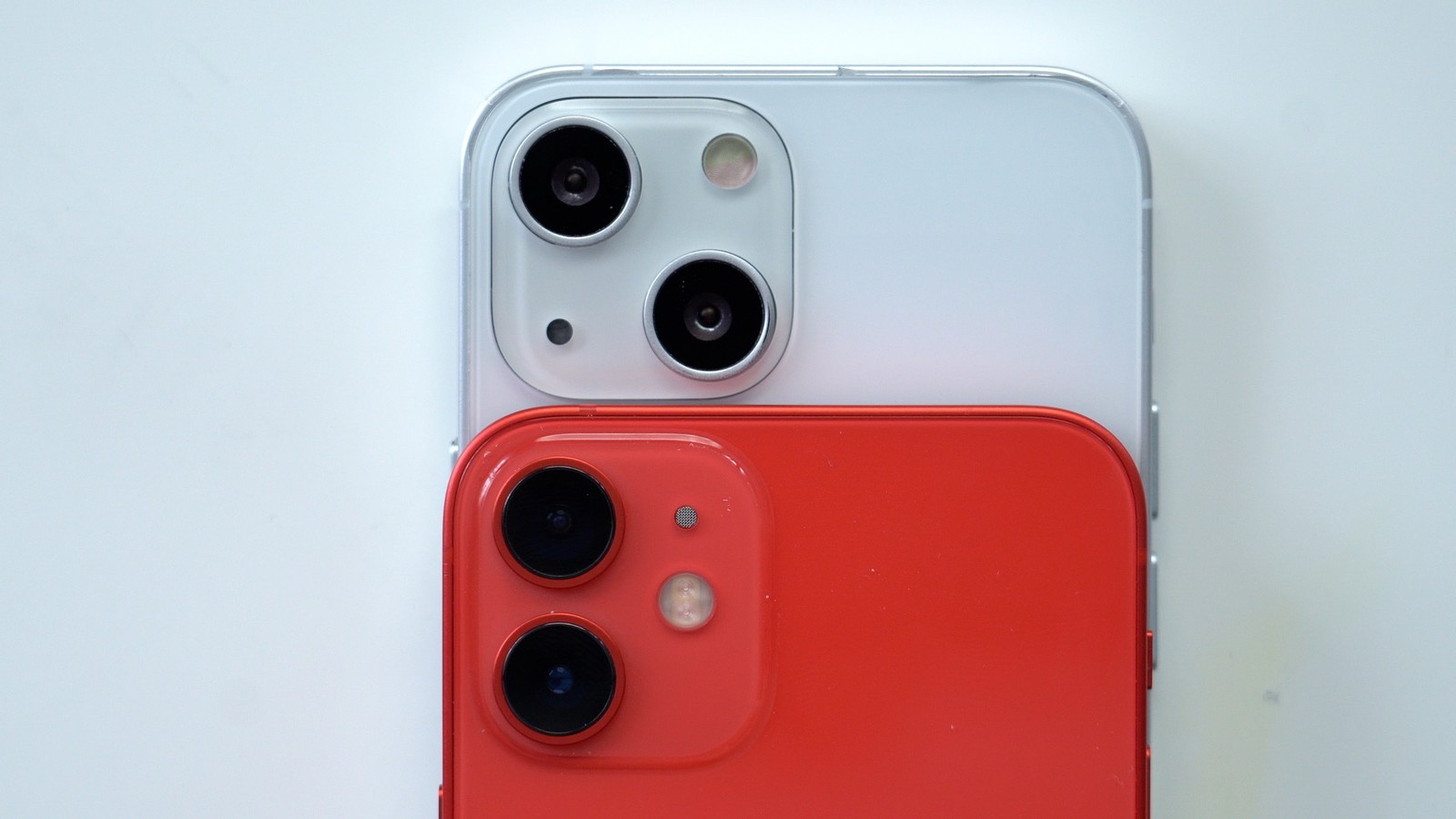 What do you think of these design changes? Will you be happy with the results if it turns out to be true?