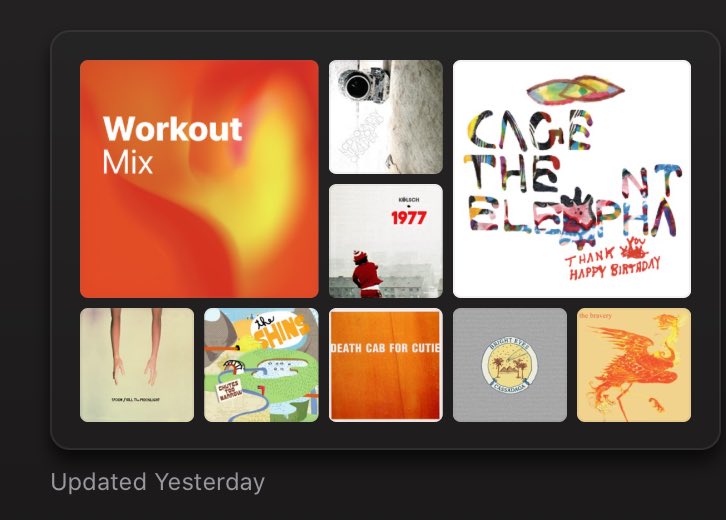 If you notice a change to your old “Get Up! Mix” on Apple Music, specifically a new name, don’t panic. It’s all part of the plan.

As first noted today by John Voorhees of MacStories today on Twitter, it looks like Apple Music is renaming the “Get Up! Mix” to “Workout Mix”. This playlist launched in March of this year, so it hasn’t been around that long. The playlists’s new name is rolling out today, but it may take some time to go live for all devices out there accessing Apple Music.

Looks like the Apple Music Get Up Mix is being renamed the Workout Mix: pic.twitter.com/ZZM1QSafnc

The idea behind the “Get Up! Mix” was to help Apple Music subscribers get up and move, something to get their blood pumping. Renaming the customized playlist, which updates on a weekly basis, to a “Workout Mix” seems more in line with getting the point across at a glance.

Plus, if you look for these playlists based on their color schemes (which are now animated in iOS 14), you’ll be happy to see the Workout Mix is still orange.

This is not the first time that Apple has renamed one of its playlists for the music streaming service. Back in July of last year the company renamed “The A-List: Hip-Hop” to “Rap Life”. And then in August of last year, the company rebranded the “The Best of the Week” playlist to “New Music Daily”. There have been some other changes along the way, too, and this will surely not be the last.

What do you think of the new name? How often do you tune into the “Workout Mix” playlist?