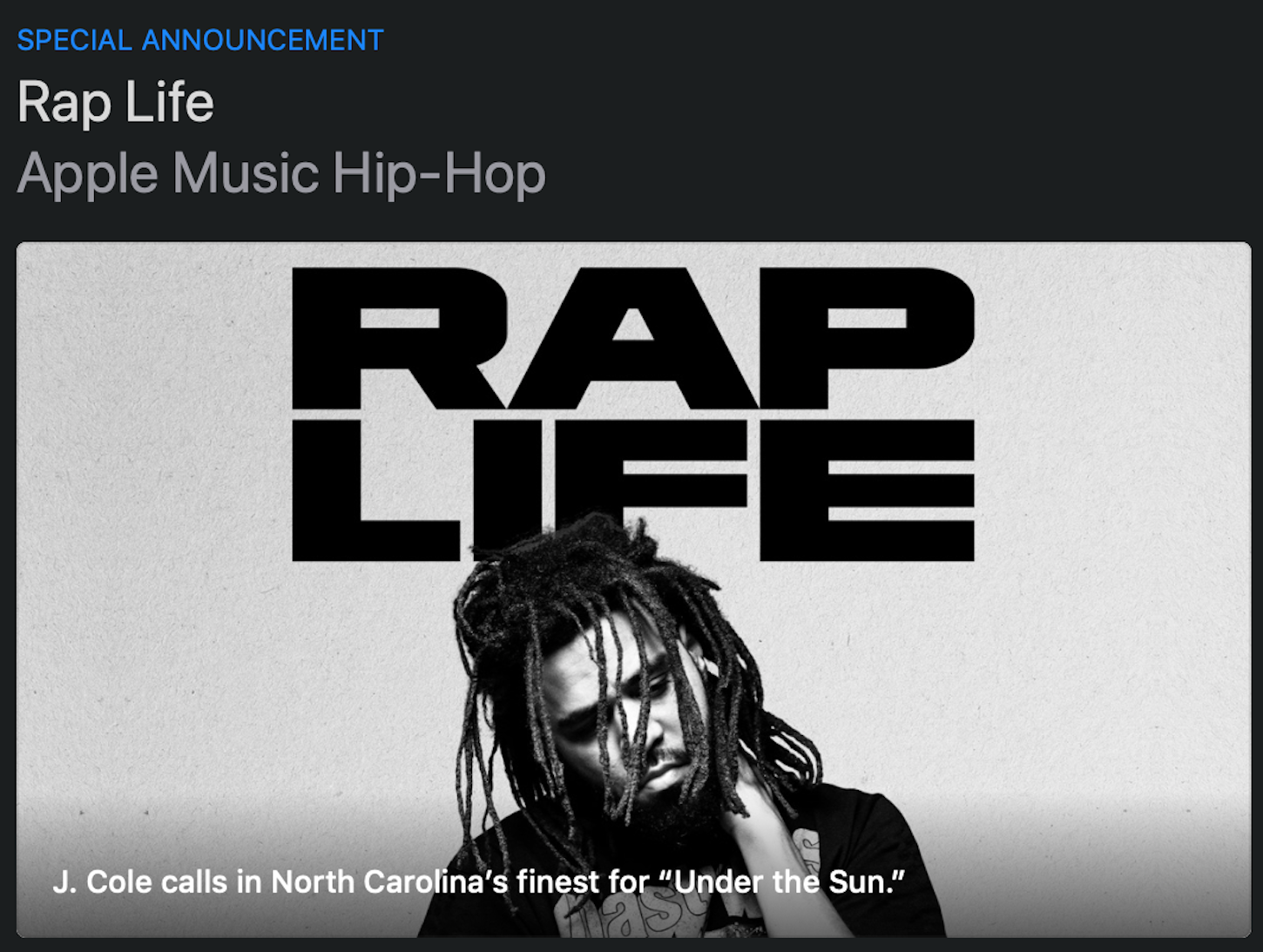 Apple says it will be moving “at the speed of culture” with the latest update to its streaming platform, rebranding and refocusing one of its most popular cultivated playlists.

Apple has rebranded the Apple Music playlist “A-List: Hip-Hop” to “Rap Life”, signaling a far more focused approach to one of the most popular genres in the world. As noted by Billboard on Friday, this will mark the playlist as a more flagship endeavor, something more akin to Spotify’s popular Rap Caviar effort.

Ebro Darden is the global editorial head of hip-hop and R&B at Apple Music, and will be spearheading the effort with the new Rap Life playlist. According to the initial report, Apple will be primarily focusing on artists from North America, but will also include artists from around the world as well.

Darden has a daily Beats 1 show, and will be showcasing Rap Life during a dedicated segment. There will also be a “Rap Life” show, which will showcase music from the playlist during Darden’s Beats 1 presentation.

As for when the playlist will update, it will have a standard weekly update schedule, but it will also update when new, “marquee material drops”. So it’s possible the Rap Life playlist is updated on a semi-regular basis.

I think for us it’s not about being one dimensional,” Darden says when asked why Apple Music is so successful in hip-hop. “We have multiple things happening to help an artist reach an audience. I attribute it to that. We’re a very dynamic service. We have tools beyond just an app. If you are an Apple Music user and you really know the depth of it, we do a lot with Beats 1, on-demand content, artist pages, there’s a lot of stuff there. We’re still getting better. Year after year we’ll work to listen to the consumer and watch what they like about us and try to make adjustments to accommodate them.

Rap Life is already available on Apple Music, so you can check it out now if you’re so inclined.