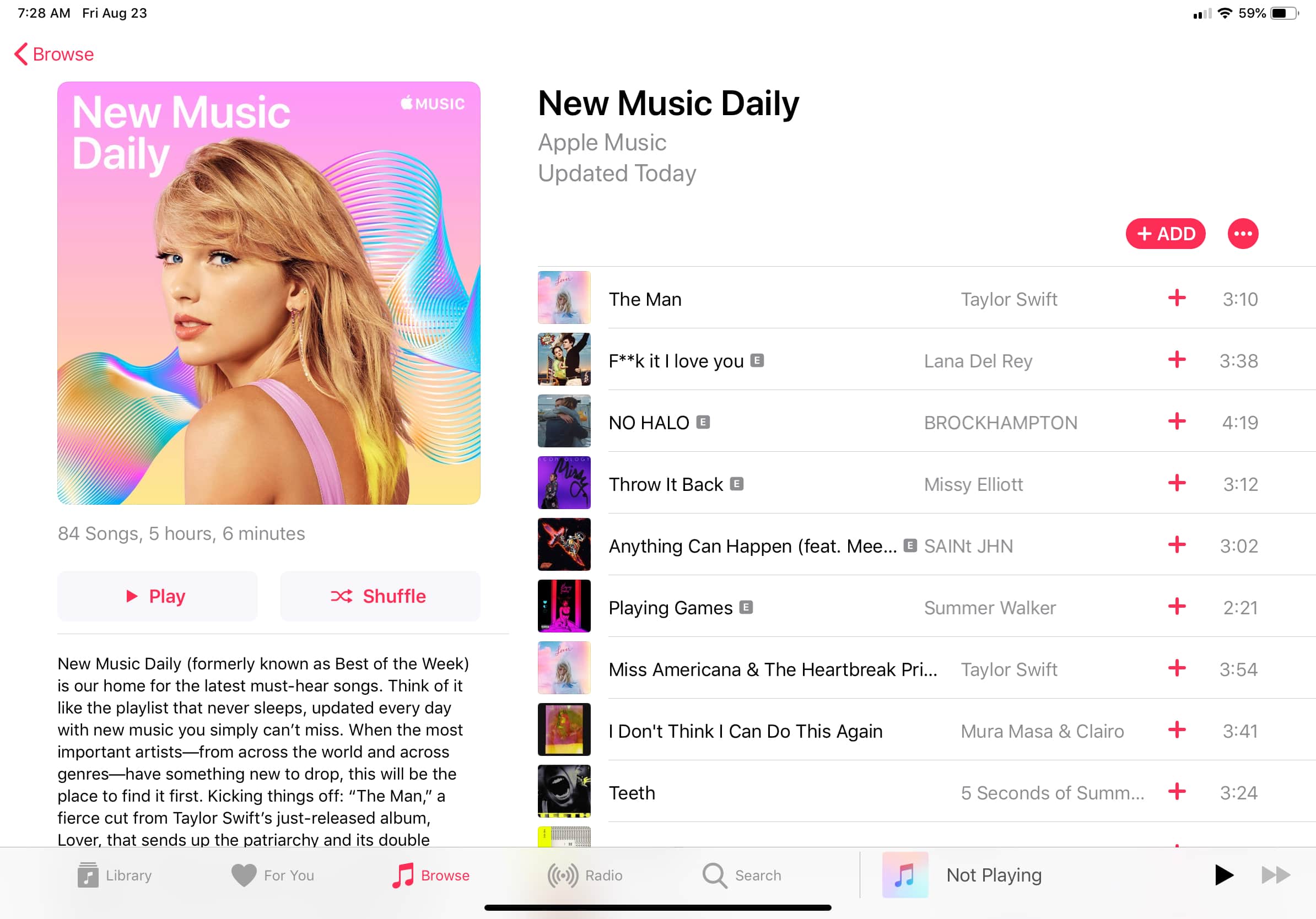 This week saw the introduction of the “Shazam Discovery” playlist, but apparently Apple wasn’t quite done with the new options for Apple Music.

Apple Music has officially relaunched the “Best of the Week” playlist as the “New Music Daily” playlist. Along with the name change comes a different refresh rate. Instead of being refreshed once a week with new, breaking music, this updated playlist will be refreshed every single day. Apple says it’s a new way to listen to “must-hear songs”.

At the time of publication, there are currently 62 songs within the playlist, which equals to three hours and 38 minutes of music to listen to. There is a wide variety of artists to choose from, but there is also a lot of Taylor Swift in the playlist, too. That is not much of a surprise, considering Swift just launched her newest album, Love, today.

The playlist will feature music from across the globe and different genres, so it sounds like there will be quite a bit to choose from, especially for folks who enjoy hearing potentially chart-topping hits.

As a former Spotify subscriber, it’s great to see that Apple Music is leaning into playlists like this. However, a more personal playlist is always welcomed and this is an area that Apple Music still struggles in. A daily playlist like this new one, but built around a user’s individual taste, would be pretty great.

What do you think? Should Apple start working on more personal playlists, rather than these general ones?