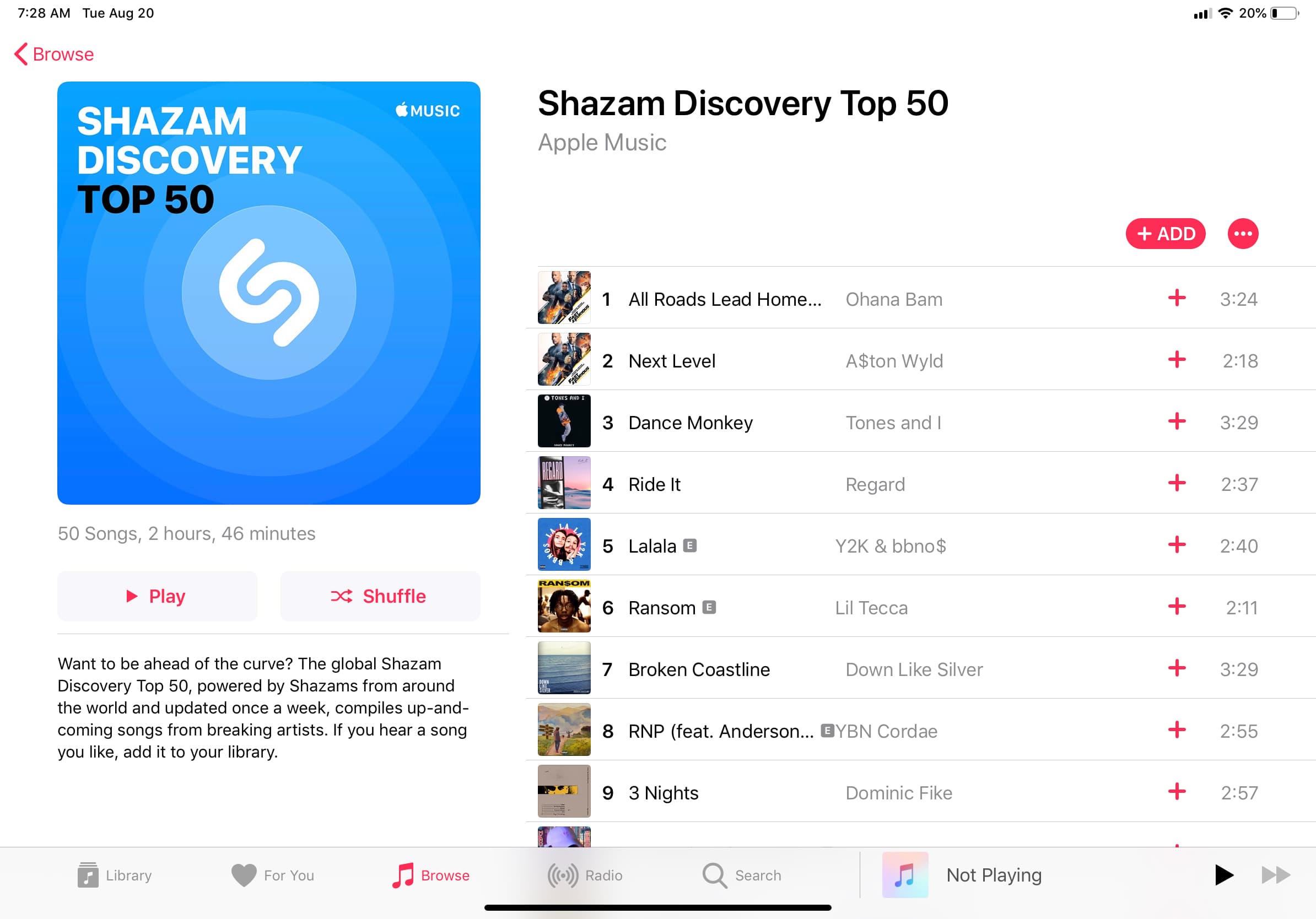 Apple this week has launched a brand new playlist in Apple Music. This latest one is meant to showcase tracks from around the globe that are discovered using the Shazam music discovery service.

It has been several months since Apple acquired the music discovery service Shazam, and now we are seeing the first branded playlist within Apple Music emerge. The music streaming service this week has officially debuted the “Shazam Discovery” playlist, which will update on a weekly basis and feature a range of emerging music from around the globe.

The new playlist will boast 50 songs in total. This week that means you get just under three hours of music –two of the top tracks being from the soundtrack from the recently released Fast & Furious Presents: Hobbs and Shaw. Apple Music says the playlist will feature new up-and-coming songs from “breaking artists”.

So if you like to stay ahead of the curve when it comes to potentially chart-smashing, or at least ridiculously popular songs, this playlist may help you do that.

The new Shazam Discovery playlist is already available beginning today. As usual, if you hear a song in the playlist you enjoy and don’t already have in your library, you can just add it directly from the list.

What do you think of the new service? Will it be one you stay up-to-date with on a weekly basis?