Following a month-long period of public beta testing, the Odyssey Team formally moved the Odyssey jailbreak out of beta late Friday night and released the tool for the general public’s enjoyment via the team’s official website.

Not even an hour after the official release, the Odyssey Team released its first update to the public version of its jailbreak tool coined Odyssey v1.0.1. The announcement was shared via Twitter early Saturday morning: 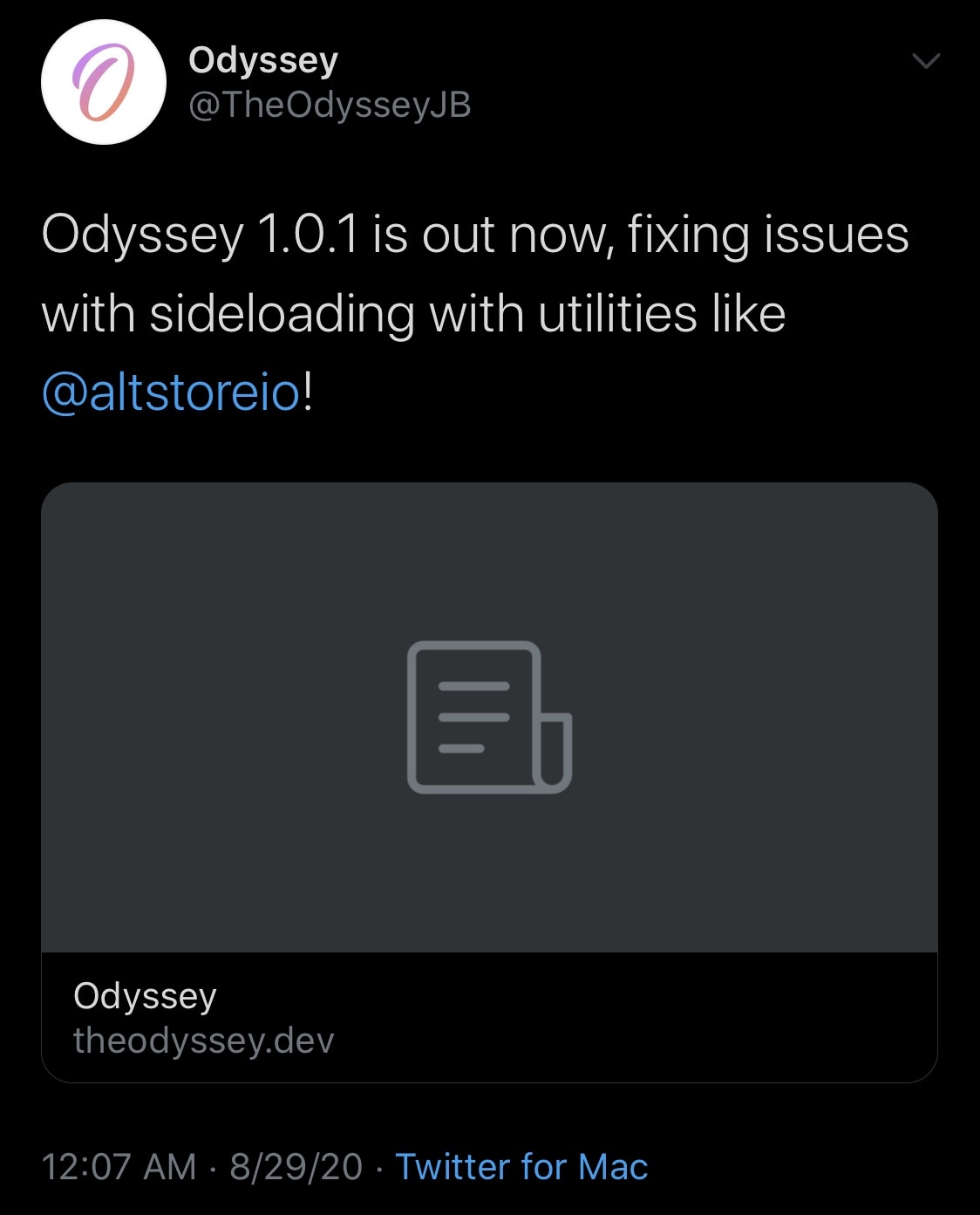 From what we can gather, there were some initial problems in the first release that prevented users from side-loading the Odyssey jailbreak with utilities such as AltStore. Odyssey version 1.0.1 addresses this problem and should consequently work properly with the aforementioned side-loading utilities.

AltStore is the recommended method of installing any jailbreak, Odyssey included. It’s worth noting however that you could also resort to alternative methods, including using a signing service or side-loading with Xcode. Most jailbreakers don’t seem to have much luck with Cydia Impactor these days – at least not those with free developer accounts.

Just like the original release, Odyssey v1.0.1 is available from theodyssey.dev and should not be downloaded from alternative sources for security reasons. If you need help jailbreaking with Odyssey, then you can follow our detailed step-by-step tutorial.

Have you jailbroken with Odyssey yet, or are you using another jailbreak? Let us know in the comments section below.