As the Apple TV+ video-streaming service approaches its first anniversary with free 12-month trials scheduled to expire this November, Apple yesterday released a new trailer which is meant to retain customers by teasing both its slate of original shows and upcoming programming.

The 120-second showreel spotlights some of the best titles available on the platform right now, including “The Morning Show” and “Dickinson”, plus favorites such as “Defending Jacob”, “See”, “Beastie Boys Story”, “Central Park”, “Helpsters”, “Dear…” and “Servant”.

It also features scenes from shows that are slated to come to Apple TV+ later this year or in 2021, including WWII war drama “Greyhound” starring Tom Hanks, sci-fi epic “Foundation“, “Ted Lasso“, Sofia Coppola’s “On the Rocks“, “Boys State“, “Long Way Up” and “Wolfwalkers“.

“For those who desire everything — love, rage, intrigue, elation and awe,” Apple writes in the video’s description. “Discover current Apple Originals and get a first look at shows and movies coming to Apple TV+ later this year.”

Of course Apple TV+ is no match for the likes of Netflix, HBO Max or Amazon as these companies have been building out their deep content libraries for many years now. Bloomberg thinks Apple TV+ had 10 million users in February 2020, but notes that “only about half of that number have actively used the service”. 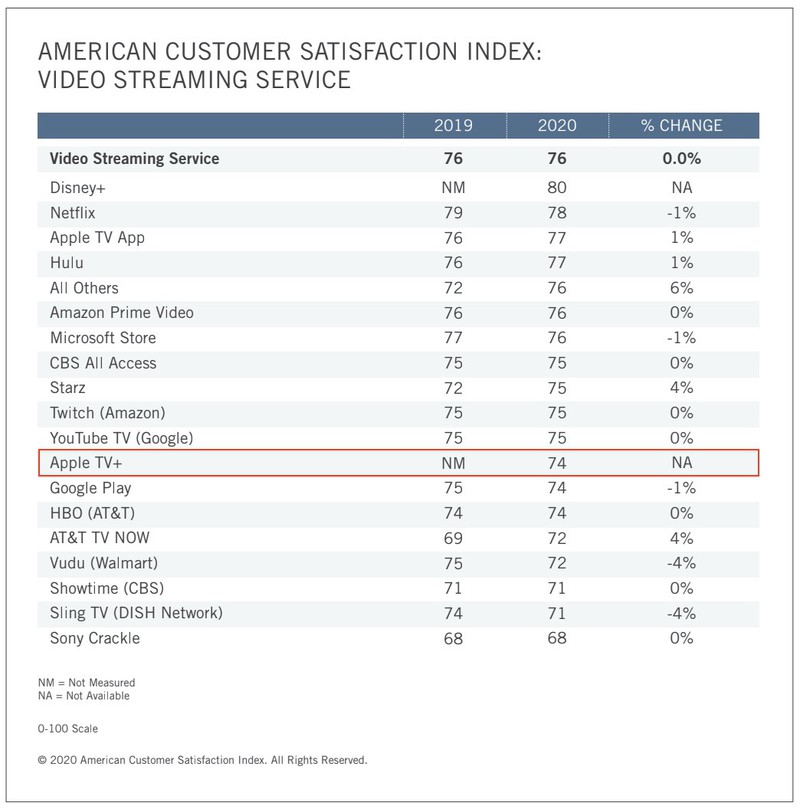 Furthermore, customer satisfaction for Apple TV+ is apparently below average for both value and original programming. On the flips side, that could easily change down the road as the iPhone maker recently began licensing older shows. Apple also poached Sony Pictures TV’s co-president Chris Parnell in a new senior programming role with Apple TV+.

Are you using an Apple TV+ free trial or are you a paid subscriber? And while we’re at it, what are your thoughts on Apple TV+ value proposition in terms of pricing and content selection?

If you haven’t signed up for Apple TV+ yet, do you plan on becoming a subscriber?