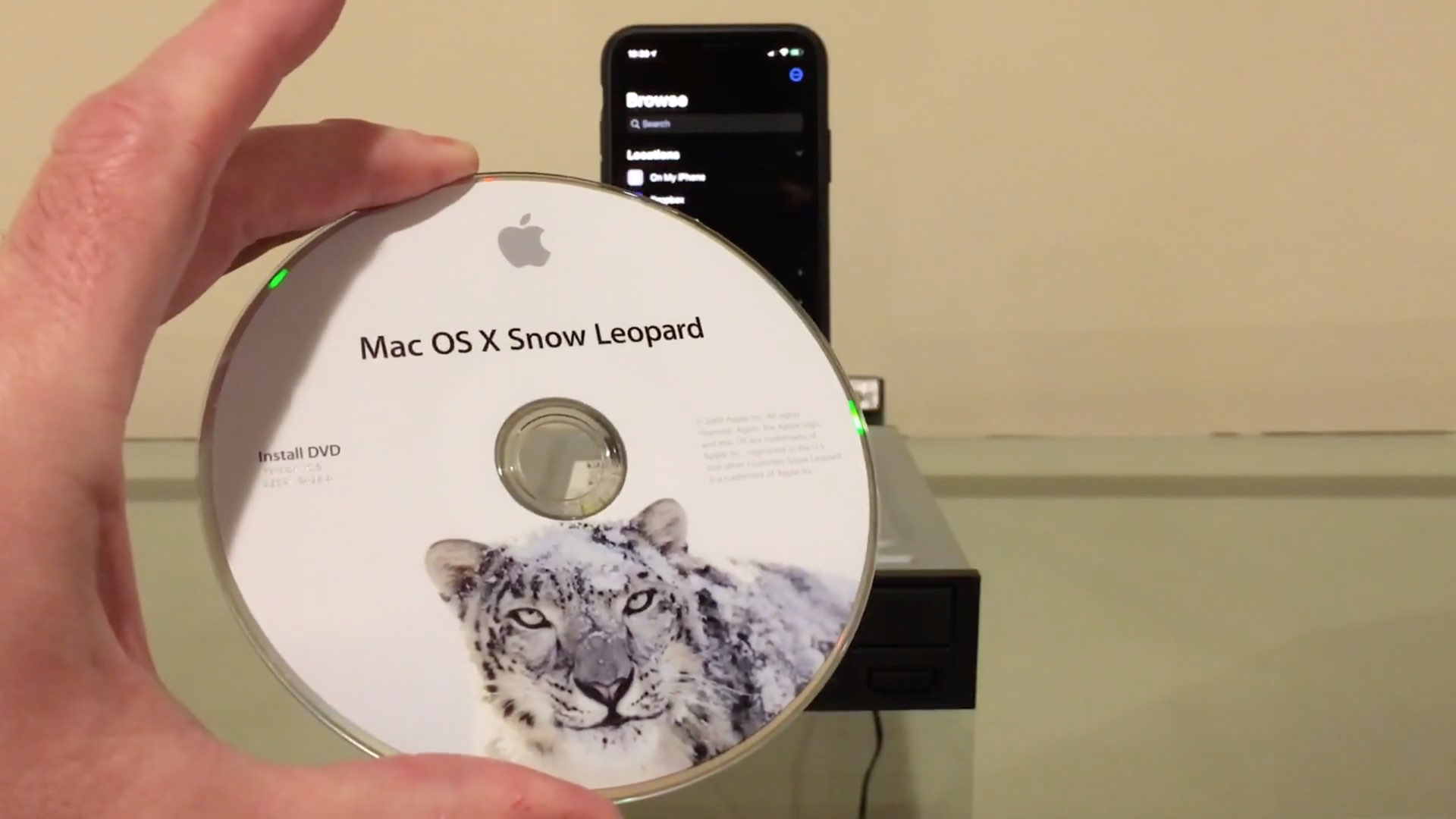 Despite iOS’ support for external USB storage devices, iDownloadBlog reader Niles Mitchell has been trying a variety of CD and DVD drives in an effort to get optical media work on his iPhone.

Apple doesn’ support the optical sub-class for USB mass storage in iOS and iPadOS. On top of that, the operating systems lack support for file formats used to encode data on optical media.

“And it kind of makes sense,” Niles says in the video embedded right ahead. “How many people are really gonna put an optical drive on their phone?” Now, Niles has made it his mission to try connecting all sorts of forgotten devices to his iPhone to see what works and what doesn’t, and he usually exhausts all options before throwing in the towel.

“After many months of experimenting with various optical drives connected to the iPhone, I’m ready to try one last effort,” he recently told me via email.

Be sure to watch the embedded video to see it all in action.

For those of you who don’t have time to sit through the 8-minute video, his last effort entailed using a DVD-RAM optical disc drive via the SATA interface.

But this time around, it FAILED TO WORK. Surprised?

That’s quite a departure from all the previous videos in his “Will it Work?” series. Hopefully, that’s not a disappointment for folks who naturally assumed that this would work. If anything, the project severs as an illustration of the limitations of iOS’ support for external USB storage device that apparently doesn’t include all of the sub-classes of USB mass storage after all.

We expect that to change by the time iOS 14 releases commercially, which we hope will introduce support for additional device classes via the ubiquitous USB protocol.

In the past few months, Niles’ series has covered connecting a wide range of devices to his iPhone, including retro gadgets such as Palm’s legendary PDA. It all boils down to iOS 13’s new support for external storage devices, like USB thumb drives, external drives and stuff like that.

So far, most of his videos have focused on plugging such peripherals to his phone as a 1980 Apple Hard Drive, Sony’s Walkman, Apple’s iPod nano music player, Amazon’s Kindle e-reader and even a PSP console along with a Casio graphing calculator. My favorite clip is about making an Apple Watch work with Iomega’s Zip drive with support for burning CDs!