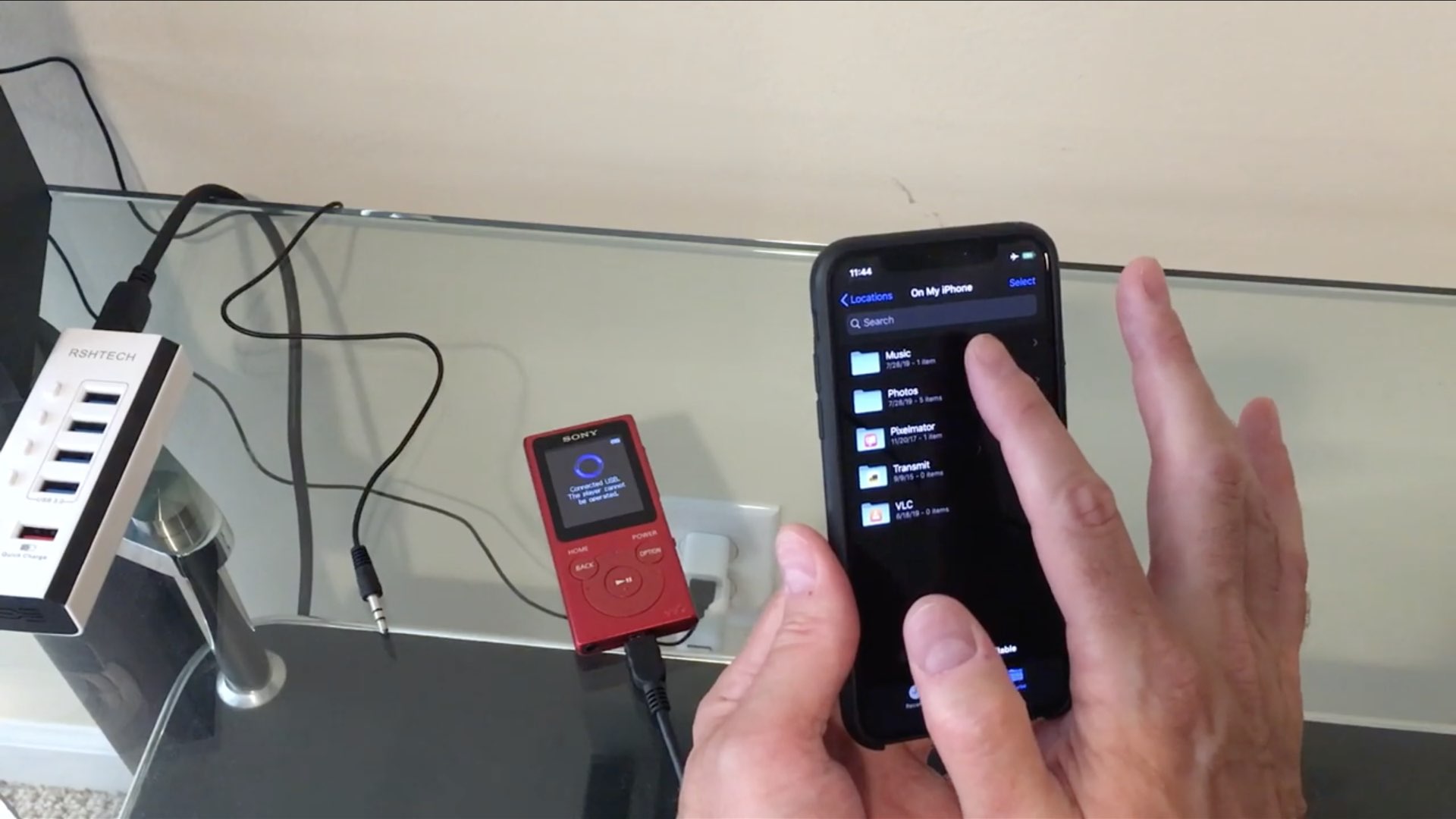 iDB reader Niles Mitchell made it his mission to test how flexible external drive support in the much-improved Files app on iOS 13 and iPadOS really is. This time around, he connected his iPhone running iOS 13 to a Sony Walkman and fired up the Files app. Here’s what happened…

“After doing the iPod video, I wanted to do one with a regular MP3 player and examine any differences,” he told me. “I also brought my iPod nano back into the mix for some more fun.”

He choose a Sony Walkman MP3 player. Did it work? See for yourself.

If you didn’t have a chance to watch the clip, he was able to bring his iPod nano into all of this again with a USB hub and have both the Sony device and the Apple music player trade files, with the iPhone’s Files app acting as traffic cop.

His previous videos covered connecting an iPhone to Amazon’s Kindle e-reader to share some books, which worked like a charm, as well as accessing files on an ancient Iomega Zip drive, browsing items on his iPod nano and even using iOS 13’s Files app to interact with the file system on a floppy drive, a Sony PSP handheld console and even a graphing calculator.

I’m telling you, the improved Files app is one of the top productivity boosters in iPadOS!