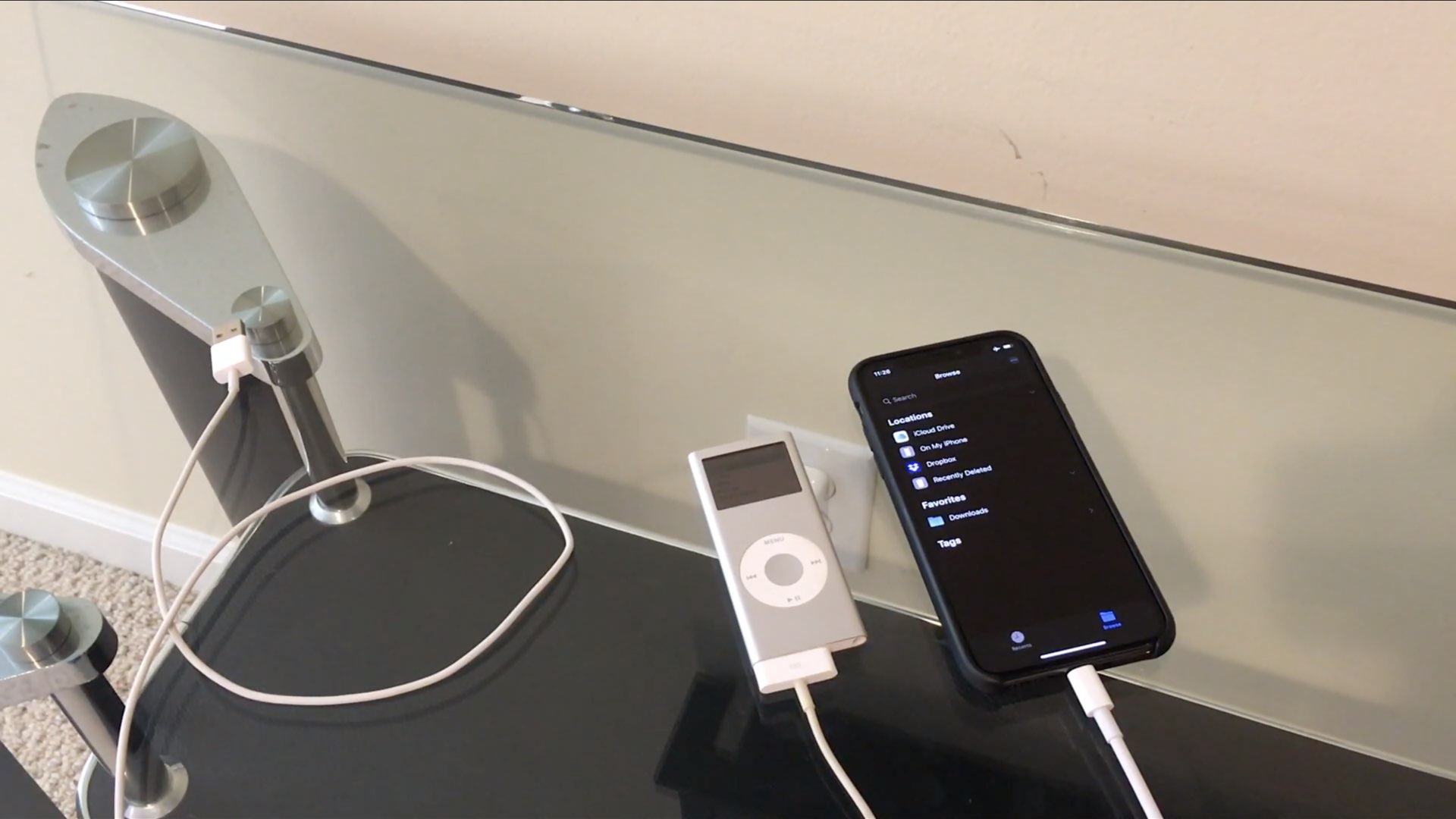 The much-improved Files app on iOS 13 gained support for external drives. iDownloadBlog reader Niles Mitchell previously connected all sorts of legacy devices with his iPhone running the iOS 13 software so it came natural to him to try doing the same with his good ol’ iPod.

But will it work?

Only one way to find out — watch his video embedded right ahead.

Honestly, I never would’ve thought this would be possible.

On the other hand, I should have expected a positive outcome because Apple’s dedicated music players have always supported direct file-access mode via the USB protocol.

Niles older videos show connecting a Kindle to his iPhone to share books, but that’s not all.

He was able to make some pretty outdated hardware — stuff like an Iomega Zip drive, a Sony PSP handheld console, a floppy drive (remember these?) and even a Casio graphing calculator — appear in the Files app on iOS 13. He could then successfully browse the file system of these connected devices without any problems whatsoever.

Now I want to see him plug an iPhone to an iPhone… Doing so would probably yield no tangible results because no iOS device has ever had a true USB disk mode, but I want to see it anyway.