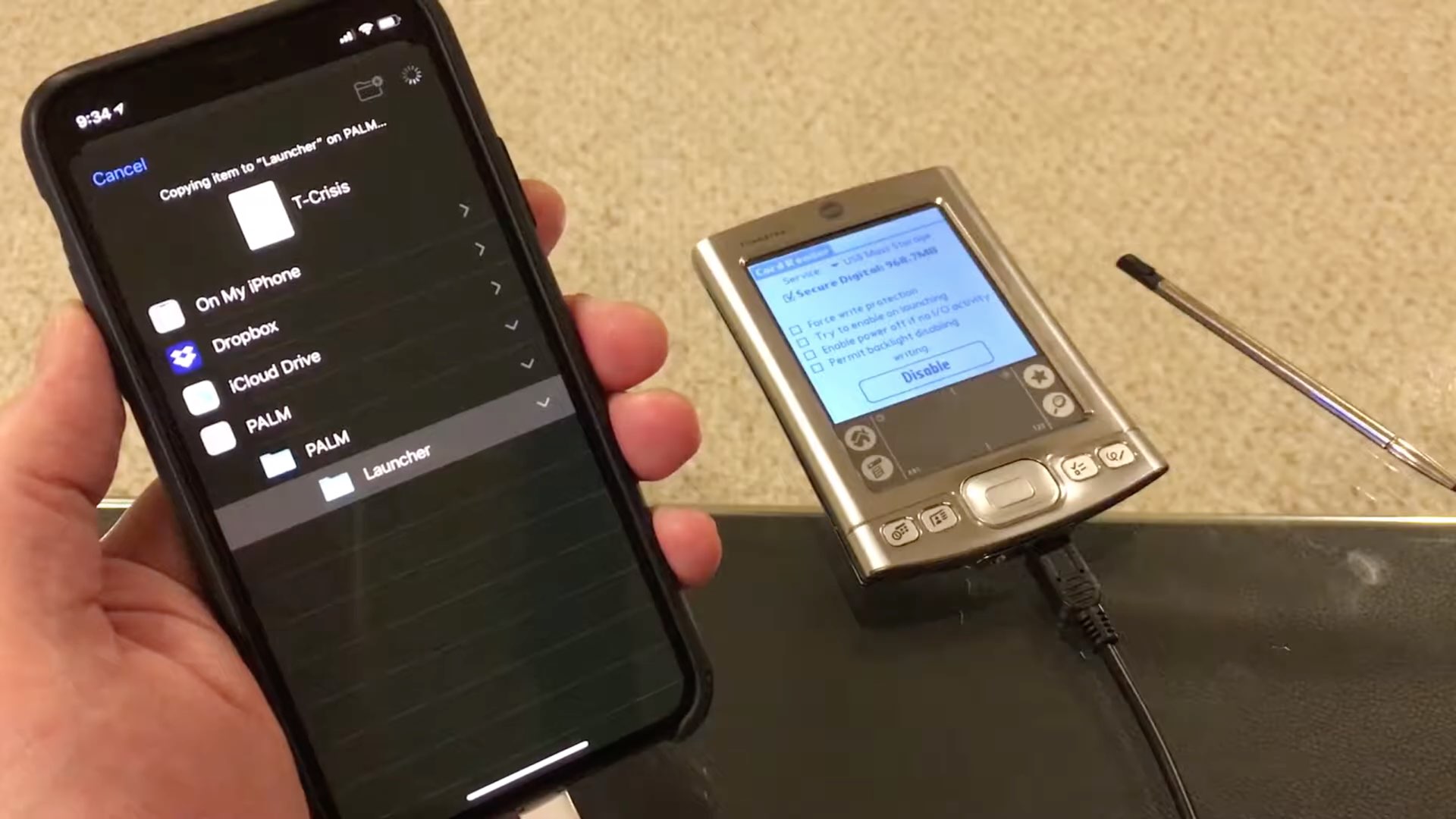 iDownloadBlog reader Niles Mitchell is back with yet another cool project from his “Will It Work?” video series that tests iOS 13’s support for external storage devices. This time around, he’s going to try plug Palm’s iconic handheld to his iPhone to see what files he might be able to copy and export from each other’s platform. But will it work?

“I have had time to make a new video, and it’s a good one,” Niles told me via email.

“This time I hook up the iPhone to a Palm PDA,” he continued. “I wanted to to do this last summer when I started this series, but had some trouble with the first model I tried.”

But will it work? Only one way to find out…

What a great video again!

As you saw for yourself if you watched his footage, this turned out much better than initially expected. For those wondering, to make this ancient Palm device work with his phone, Niles resorted to a workaround that required exporting contacts and appointments onto the Palm in external storage mode.

“When you connect two smart devices both with huge ecosystems, you can do some interesting data transfers,” he commented.

Perhaps someone could write a Shortcut to export appointments and contacts. The iPad Pro can even charge some Palm devices. And particularly the Palm Tungsten E2 can be connected directly to the iPad Pro without a dongle by getting a USB-C to Micro-USB cable.

Come to think of it, this workaround will even work on older Palm devices with PalmOS 4 as long as the have an SD card slot, by using an SD to Lightning adapter like Apple’s own one, or one of the many USB-C expansions for the iPad Pro.

Simply do everything the way you just demonstrated it, but save it to the SD card instead of directly to the Palm. And then you can insert the SD card back into the older Palm device and use the Filez app (because Resco Explorer does not run on PalmOS 4).

But wait, there’s more from where Niles came from!

In February, we posted a video project showing a 5.25-inch floppy being used on a Macintosh by way a rare DaynaFile drive from the late 80’s, which is an extremely rare piece of Macintosh history.

You can watch that video embedded right ahead.

In the past few months, Niles’ series has covered connecting a wide range of both new and retro devices to iOS devices. It all boils down to iOS 13’s new support for external storage devices, like USB thumb drives, external drives and stuff like that.

So far, most of his videos have focused on plugging such peripherals to his phone as a 1980 Apple Hard Drive, Sony’s Walkman, Apple’s iPod nano music player, Amazon’s Kindle e-reader and even a PSP console along with a Casio graphing calculator. My favorite video so far has got to be making an Apple Watch work with Iomega’s Zip drive with support for burning CDs!