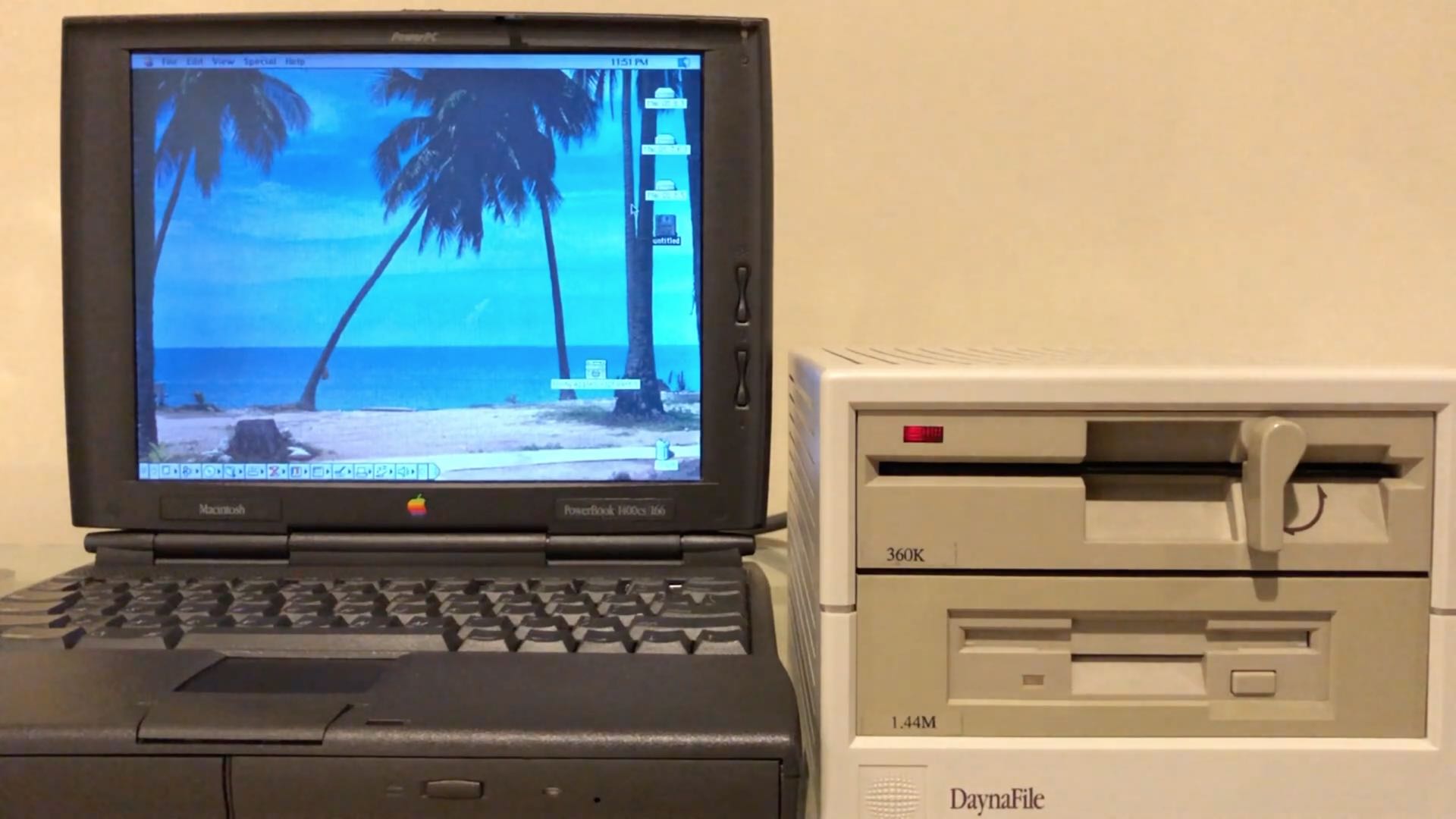 iDownloadBlog reader Niles Mitchell has been making cool videos about connecting new stuff with old stuff, and it’s been quite a ride so far. His latest project recreates using a DaynaFile device, which is a very rare piece of lost Macintosh history dating back to the late 80’s.

A rare piece of Macintosh history

Made by Dayna Communications, the DaynaFile is basically an external enclosure for floppy disk drives that was used to enable PC compatibility on the Macintosh in the late 1980s. The accessory took advantage of the SCSI interface that the Mac helped popularize and held two PC floppy disk drives, one a 3.5-inch drive and the other 5.25-inch one.

As mentioned, the device was used for PC compatibly because early 3.5-inch drives for Macs couldn’t even read PC disks. Besides, the Macintosh has never had a 5.25-inch floppy drive.

Niles was able to show off his DynaFile in the video embedded right ahead.

Blinking LEDs while idle is normal behavior, it’s even mentioned in the manual available online.

“It’s a bit surreal to be using a 5.25 inch floppy on a Macintosh,” he told me via email. “I’m just happy I was able to track down a working DaynaFile that was in excellent cosmetic condition, too, because they are very rare”.

What you need to make it work

If you have a DynaFile lying around somewhere that you’d like to fire up, you must use the System 7 driver. Niles says the DynaFile driver works all the way up to System 8.6. “I haven’t tested it out on System 9 yet, but I assume it will work fine there as well,” he said.

“You only need DOSMounter on perhaps System 7-7.1 machines,” he continued.

“System 7.5 and up will have PC Exchange, which does the same thing. You just need the DaynaFile extension for the Mac to see the Daynafile and use it.”

You can download the DynaLink drivers via his Dropbox.

Niles’ “Will It Work” video series has so far covered using iOS 13’s Files app and its support for external storage devices via the ubiquitous USB protocol.

This has allowed him to do things like make a 1980 Apple Hard Drive work with his iPhone, as well as plug various other peripherals to his phone such as Sony’s Walkman, Apple’s iPod nano music player, Amazon’s Kindle e-reader, a PSP console and even a Casio graphing calculator. Heck, he even made his Apple Watch work with Iomega’s Zip drive and burn CDs!

Be sure to check out Niles’ YouTube channel for similar goodies.