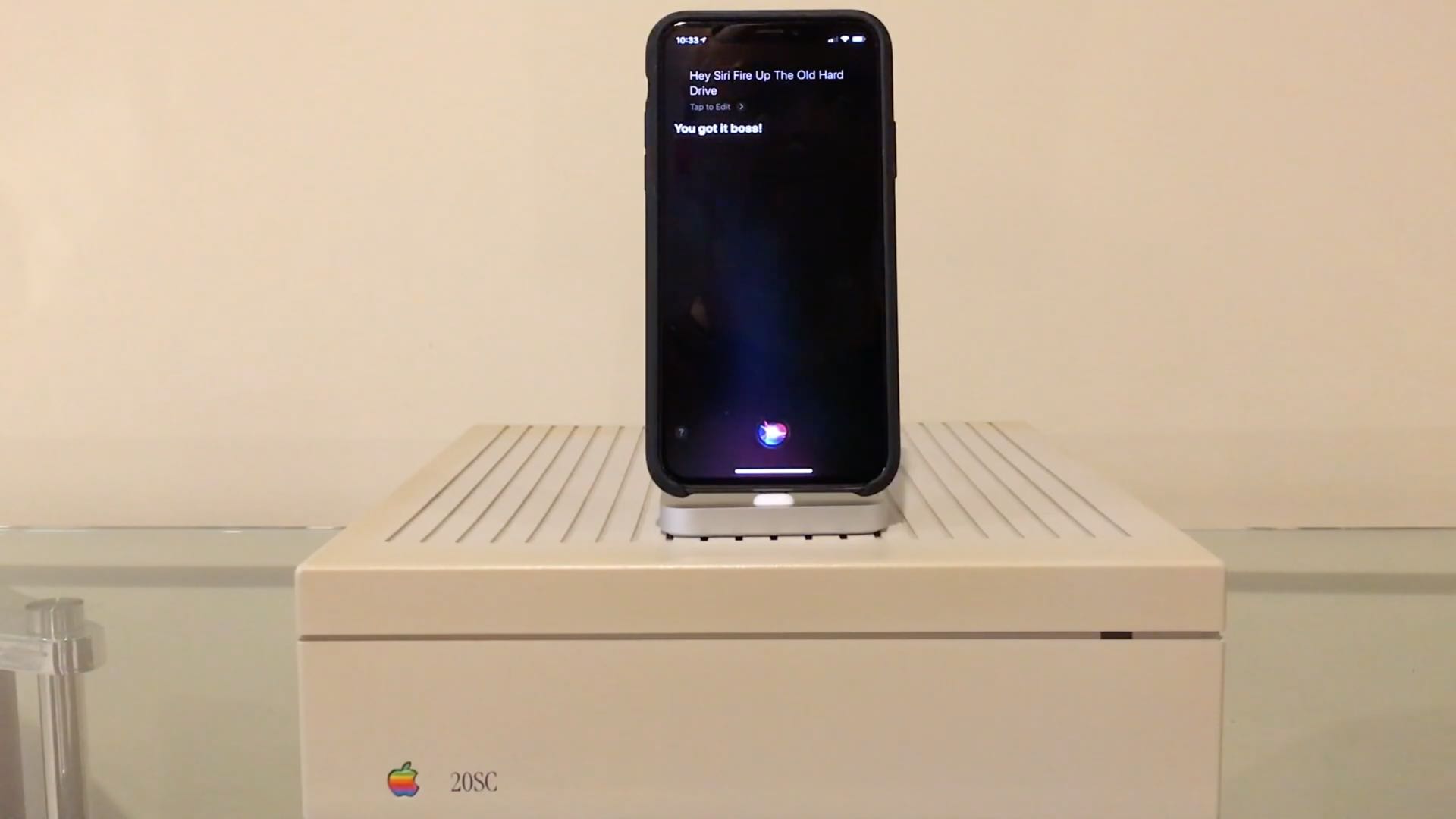 iDownloadBlog reader Niles Mitchell has been keeping busy with his “Will It Work” video series in which he attempts to interface iOS devices with all sorts of peripherals via the Files app and the ubiquitous USB protocol. But this time around, Niles has a real treat for us.

In the video below, he attempts to connect an ancient hard drive to his iPhone.

“The Orb and Jaz experiments were just tests to get to where I really wanted to go: SCSI-1 devices from the 80’s!”, Niles told me via email. With a little bit of trickery and the right adapter, Niles was able to connect an HD 20SC to his iPhone, but will it work?

Only one way to find out…

Younger readers may not remember the HD 20SC. Seasoned Apple veterans may know it as the firm’s oldest SCSI external hard drive that was made in 1986, or nearly 35 years ago.

This is another great fun video from Niles.

There’s something inherently entertaining in connecting new stuff with old stuff. For those wondering, Niles is using a USB to SCSI adapter that came with the Castlewood ORB drive that he bought before. “It’s actually made by Shuttle Technology, which seemed to make a lot of the USB 1.1 ones, but were branded under other names,” he explained.

If you like what you’re seeing, be sure to check out Niles’ videos showing plugging all sorts of things in his iPhone, including Sony’s Walkman, Apple’s iPod nano music player, Amazon’s Kindle e-reader, a PSP console and even a Casio graphing calculator. He also connected an Apple Watch to Iomega’s Zip drive and was even able to burn a CD with his watch.

What do you think about his latest video project?