VideoProc is a powerful 4K video editor and converter for Mac and Windows that packs in a speedy GPU-accelerated engine and supports a a bunch of media formats. In this step-by-step tutorial, we’ll cover doing MKV to MP4 video conversions with VideoProv for those times when you want to enjoy native playback of ripped DVDs and other MKV-encoded video in an Apple-friendly format on your iPhone, iPad, iPod touch, Mac and Apple TV devices.

This post is brought to you by Digiarty Software, the creator of VideoProc.

MKV is a filename extension for the Matruska media format that can hold an unlimited number of video, audio, picture and subtitle tracks in a single file. Entirely open in specification, MKV as a multimedia container is especially popular with users who have their own video libraries.

For instance, maybe you have ripped a whole lot of DVDs into MKV. Or, perhaps you converted your camera footage to MKV HEVC to save space. Other people may prefer MKV over MP4 due to support for advance features when it comes to audio, subtitles and picture quality.

Unfortunately, iOS devices and many media streamers don’t support MKV out of the box. 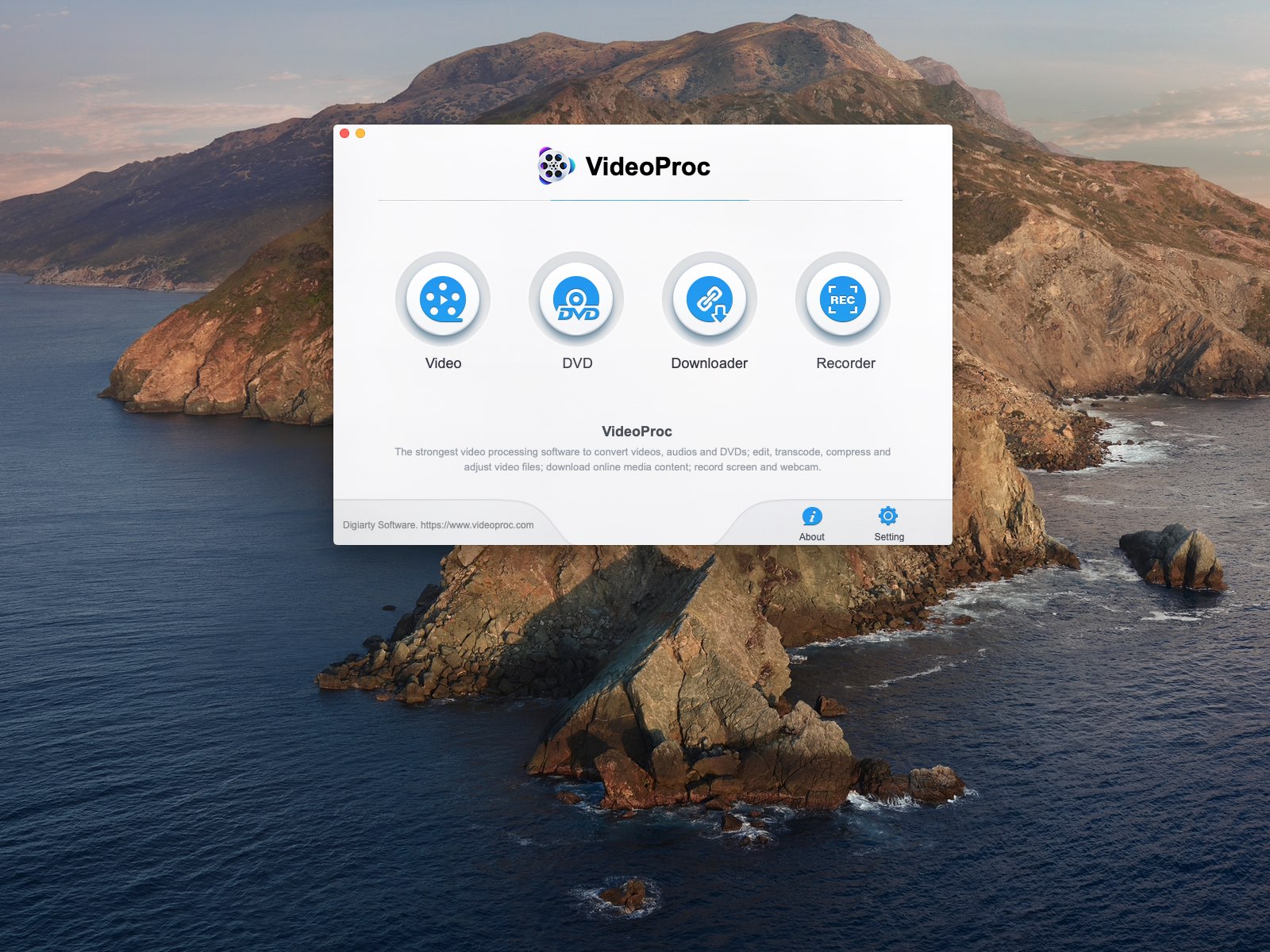 Hence, you will need to transcode the MKV video into the ubiquitous MP4 file format for worry-free playback on your iPhone, iPad, iPod touch. Enter VideoProc by developer Digiarty, an efficient 4K video editor featuring such perks as seamless MKV to MP4 conversion.

For a limited time only, the lifetime VideoProc license is available with a 60% discount.

There are many reasons that make this app a versatile 4K video editor and converter, including its ultra-fast engine, support for many foreign media formats, video transcoding with no quality loss and more. As such, the app is perfectly suited for customers who find pro video software such as Final Cut Pro X, Adobe Premiere or Vegas too complex and intimidating.

Follow along with iDownloadBlog as we show you how to use VideoProc for Mac to convert your MKV video files to MP4 for easy playback on iOS devices and other Apple platforms.

How to convert MKV to MP4 in VideoProc

Follow the steps below to quickly and efficiently convert video from the MKV file format to the MP4 format that’s universally supported by Apple’s platforms, without quality loss.

1) Launch VideoProc on your Mac or Windows PC.

2) Click the Video tab near the top of the window.

3) Click the button +Video or drag one or more source files (MKV) onto the window.

TIP: Feel free to use the basic video options lined up alongside the bottom of the video thumbnail, like cut, trim, crop, subtitle, rotate and watermark.

4) Under the Target Format section near the bottom of the window, choose among the output formats by Popular, Video, Device, Music or Toolbox. For instance, if you’d like to optimize the video for smooth playback on your iPhone, click the MP4 iPhone/iPad option.

5) Click the rightmost OPT button next to the video thumbnail to edit the title and meta data for your converted video. It is there that you can also adjust the many video format options to your liking, including frame rate, compression rate, resolution, sound codec and so forth.

6) Click the button Run to perform the MKV to MP4 conversion on the selected file(s).

Depending on how fast your CPU and GPU are, and the source file size, transcoding can take anywhere between a few seconds to a couple of minutes and more. Once the MKV file conversion has been done, the MP4 file will be saved in your chosen destination folder.

With an easy-to-use interface and self-explanatory feature set, VideoProc is suited to both novice and skilled users alike who need to process 4K UHD, HD, large-sized video, slow-motion video and so forth. For instance, you can use VideoProc to quickly edit your iPhone videos or convert iPhone H.265/HEVC footage into the more universally accepted H.264 format.

VideoProc also lets you record the screen of your iOS device or your computer screen with webcam, remove or change background from your webcam footage, download video from more than a thousand online sources with support for selective downloading, and more.

You can subtitle your video, trim it, edit out unwanted parts, batch edit multiple video files at once and so forth. An all-in-one 4K video editor and converter, the software supports 370 input codecs and over 420 output formats. Should you ever stumble upon a video encoded in a weird non-iOS media format, VideoProc will almost certainly be able to handle it.

The app’s efficient engine is capable of converting and compressing large video size by as much as 90 percent with no discernible quality difference. VideoProc draws its power from support for advanced GPUs, which offloads resource-intensive encoding and decoding operations from the slower CPU onto your computer’s graphics chip. 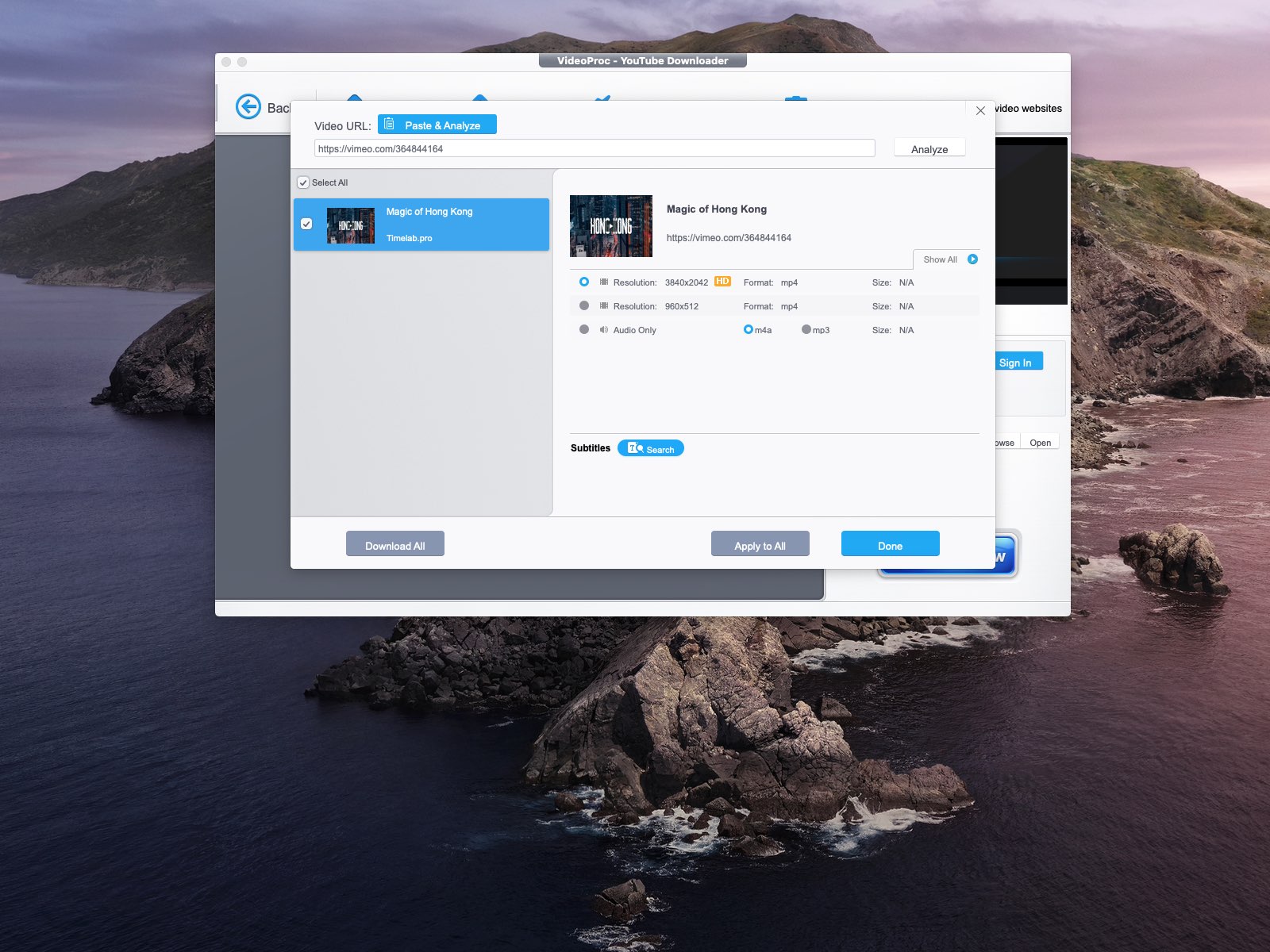 VideoProc is currently available with up to 49 percent off, bringing the price of their standard 1-year license form $59 down to $29.95. A free trial is available as well.

As mentioned, you can get a lifetime license for just $29.95 (you save $48.95) as part of their special anniversary sale, ending soon (you’ll need to enter the code ”anniv-extra” at checkout, then refresh the page). For those wondering, VideoProc’s lifetime license is limited to a single Mac or Windows PC computer. It includes free upgrades and tech support, too.

For more information about VideoProc, visit the official website.