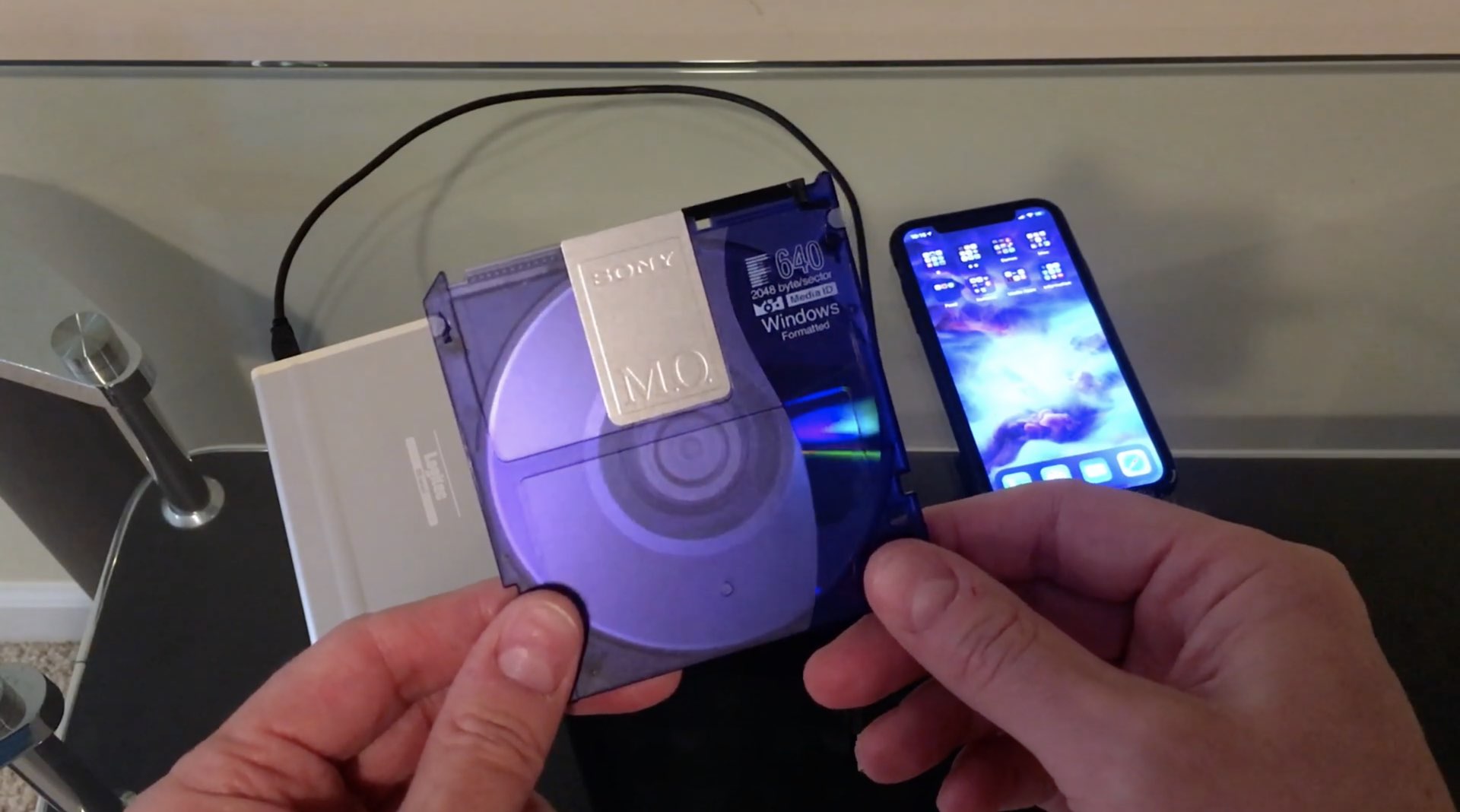 If you’ve liked Niles Mitchell’s “Will It Work” video series in which he attempts to make his iOS devices work with all sorts of retro computer equipment, like an Iomega Zip drive, you’re going to love this one showing connecting a magneto optical disk to his iPhone.

“I love the history here, because Steve Jobs used magneto optical disk on the early NeXT computers,” Niles tells me via email.

For our younger audience, a magneto optical disk, or MiniDisc as it was known under Sony’s brand name, takes advantage of a combination of magnetism and laser optics to read the data, similar to your regular CD (remember those, kids?). While this media format was not very popular in the United States — it took off in Japan and Europe though — it’s always inspiring seeing the effort and smart tricks that Niles employs to make it all happen.

So, will this one actually work? Of course it will, but you already knew that, didn’t you?

The real question is, how has he managed to connect a magneto optical disk to an iPhone and test read/write capabilities? You can find that out for yourself by watching the video below.

So, how’s it possible that this piece of obscure equipment works with iOS 13’s much-improved Files app while modern optical drives do not? The short answer: because this is using the SCSI subclass of USB Mass Storage, which is the only subclass supported by Apple.

Be sure to watch other videos from the “Will It Work” sequence demonstrating the Files app working with Sony’s Walkman, Apple’s iPod nano music player, Amazon’s Kindle e-reader, a PSP console and even a Casio graphing calculator. Niles was also able to connect his Apple Watch to an Iomega Zip drive and even burn a CD using his watch (you read that right),

How are you liking his videos so far, and the most recent one in particular?

Let us know by posting your thoughts in the commenting section down below.