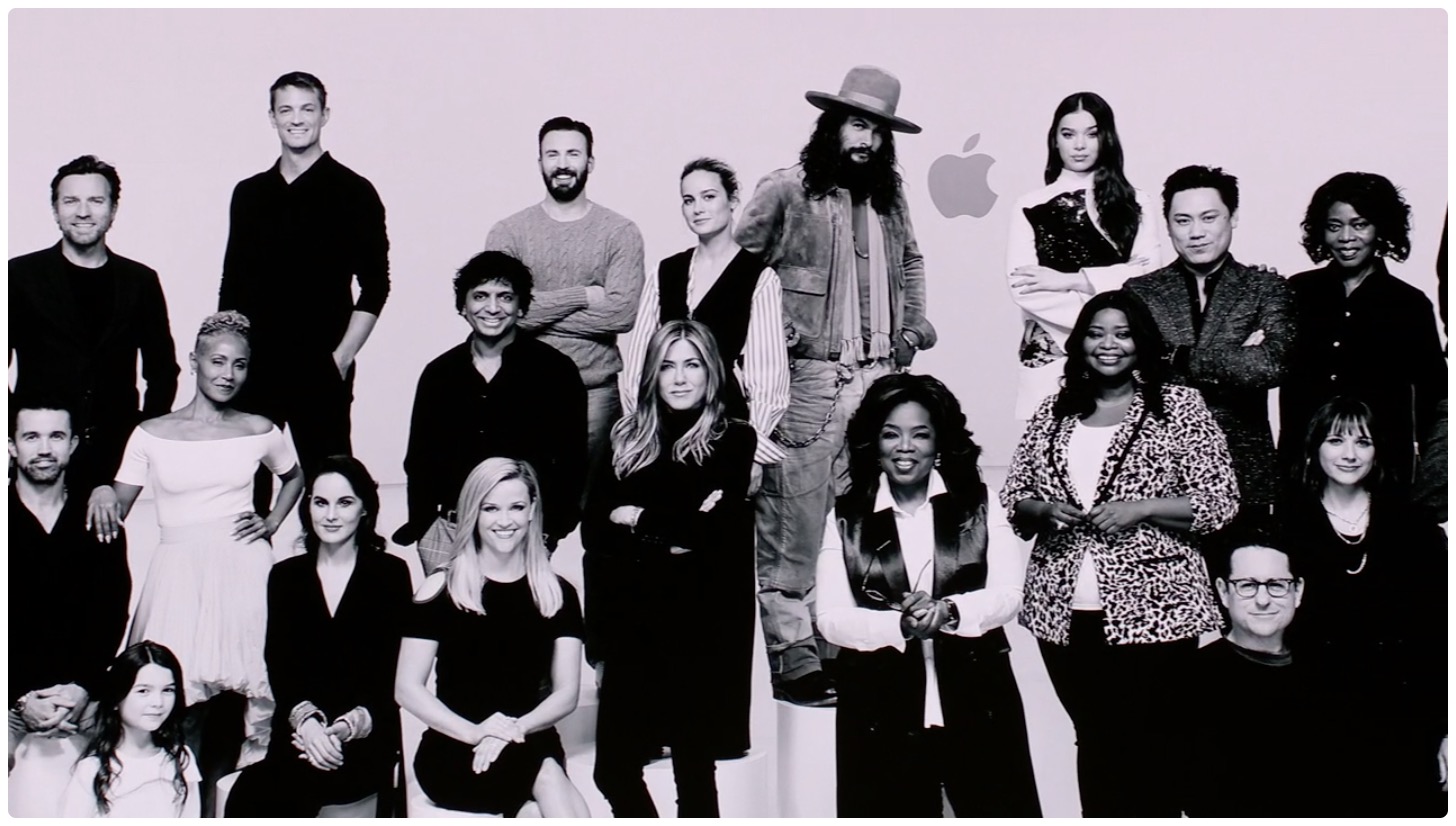 Apple has partnered with a laundry list of remarkably talented individuals to launch original content on Apple TV+, the company’s upcoming streaming service. That will include films, documentaries, and TV series.

And it sounds like Apple may be trying to woo even more potential directors, producers, writers, and actors, as it reportedly tries to work out traditional theatrical releases for some of its films ahead of their debut on Apple TV+. That’s according to a new report from The Wall Street Journal on Friday.

The deal that Apple is reportedly looking for is a one- to two-week window where the film would launch exclusively in theaters. After that, the film would then debut on Apple TV+. This is a similar plan to the way Amazon handles things, but a stark difference to how Netflix typically does it.

According to the report, the upcoming film On The Rocks from director Sofia Coppola and starring Bill Murray and Rashida Jones, will be the first film that Apple wants to get into theaters. If that does happen, the film will also likely premiere at the Cannes Film Festival, and then launch in theaters sometime in the middle of 2020.

Theatrical releases are still a major demand for a lot of creatives working in film, even if they are also willing to release work on the streaming services. Vying for this exclusive theatrical launch can help boost Apple’s chances for even more directors and producers and writers to consider it as an option.

It also gives Apple a chance to position some movies as Oscar contenders, something that Amazon is definitely familiar with. Casey Affleck won Best Actor in a Leading Role back in 2017 for his part in Manchester By The Sea.

Amazon is not afraid of that exclusivity window for theatrical releases, but Netflix has been tepid on the matter in the past. It has started to shift its approach recently, though. The streaming company’s critically-lauded Roma saw a 21-day release in theaters, as will the upcoming The Irishman from director Martin Scorsese.

And just to give you a hint at some directors wanting the full national release treatment in theaters, Scorsese is one of them. The legendary director reportedly wanted a full national release of his latest film, which stars Robert De Niro (Taxi Driver, Heat, GoodFellas) and Al Pacino (Heat, Scarface, The Godfather), but Netflix and theater chains AMC and Regal (who are in a constant fight over these things) would not budge on the 21-day-only release.

Whether or not Apple actually achieved this remains to be seen. And the company still has some growing pains to work through. It was recently reported that J.J. Abrams had been offered upwards of $500 million to work exclusively with Apple and release content for Apple TV+. However, Abrams decided against that and signed a deal with WarnerMedia instead, worth a reported $250 million, so he could continue to work with other studios and make sure that his production company, Bad Robot, wasn’t nailed down to just one company.

A theatrical release for films can give Apple a huge bargaining chip against the likes of Netflix, so it could be a boon for the company as it tries to make Apple TV+ its next big successful subscription service.

Apple TV+ will launch on November 1 with a handful of things to watch right out of the gate, including Dickinson, For All Mankind, Oprah’s Book Club, and more.