Apple officially dropped iOS 13 to the general public this week, but for those happily jailbroken on iOS 11 or iOS 12, it’s possible to obtain many of the software update’s new features with the right combination of jailbreak tweaks.

In this roundup, we’ll showcase all the latest jailbreak tweaks to be released from Monday, September 16th to Sunday, September 22nd. As usual, we’ll kick things off by discussing our favorites first and then wrap things up with an outline of the rest afterward. 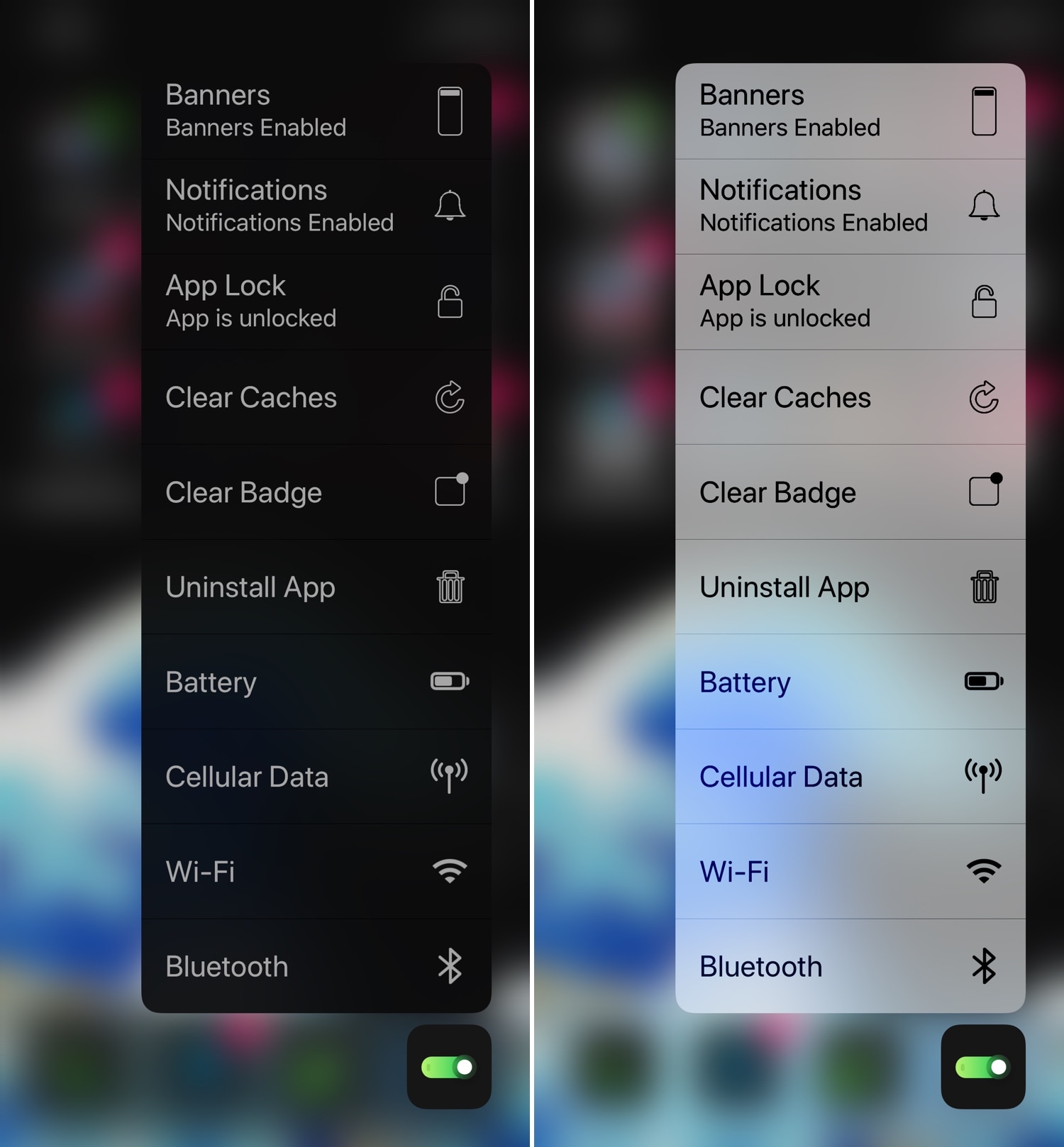 3DTools is a well-thought jailbreak tweak that augments your iPhone’s native 3D Touch/Haptic Touch menus on the Home screen with a plethora of new options.

Apart from choosing between light and dark aesthetics, you can also control which custom options appear under most of your apps.

You can learn more about 3DTools and why it’s worth every penny in our full review. 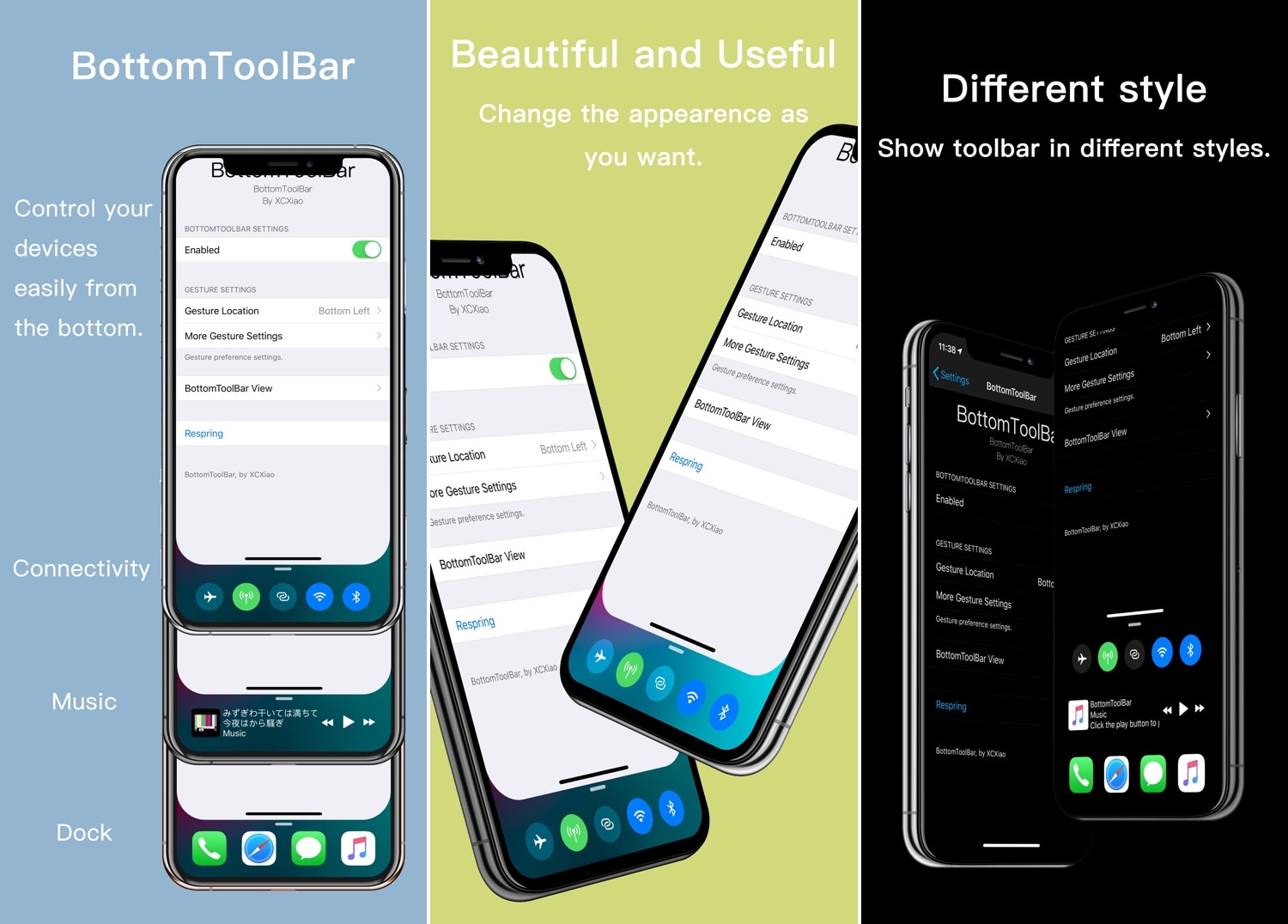 If you’re in the market for a quicker and easier way to access your iPhone’s most important toggles and shortcuts, then you’ll probably enjoy a newly released jailbreak tweak called BottomToolBar.

This tweak effectively puts most of Control Center’s most important features at the bottom of your display in an easy-to-summon interface. Inclusive are toggle buttons, Now Playing information, and your Home screen Dock, among other things.

You can learn why BottomToolBar is a great update for any iOS device in our full review.

I’mLyingDownDamnit is an incredibly smart jailbreak tweak that makes iOS’ native auto rotation as intelligent as it should have been right out of the box.

Upon shifting your position in bed, the tweak asks you how you’d like to view your display. Then, it continues to ask you after any additional position changes afterward, allowing you to adapt to any situation.

You can learn more about this highly-configurable and smart jailbreak tweak in our full review. 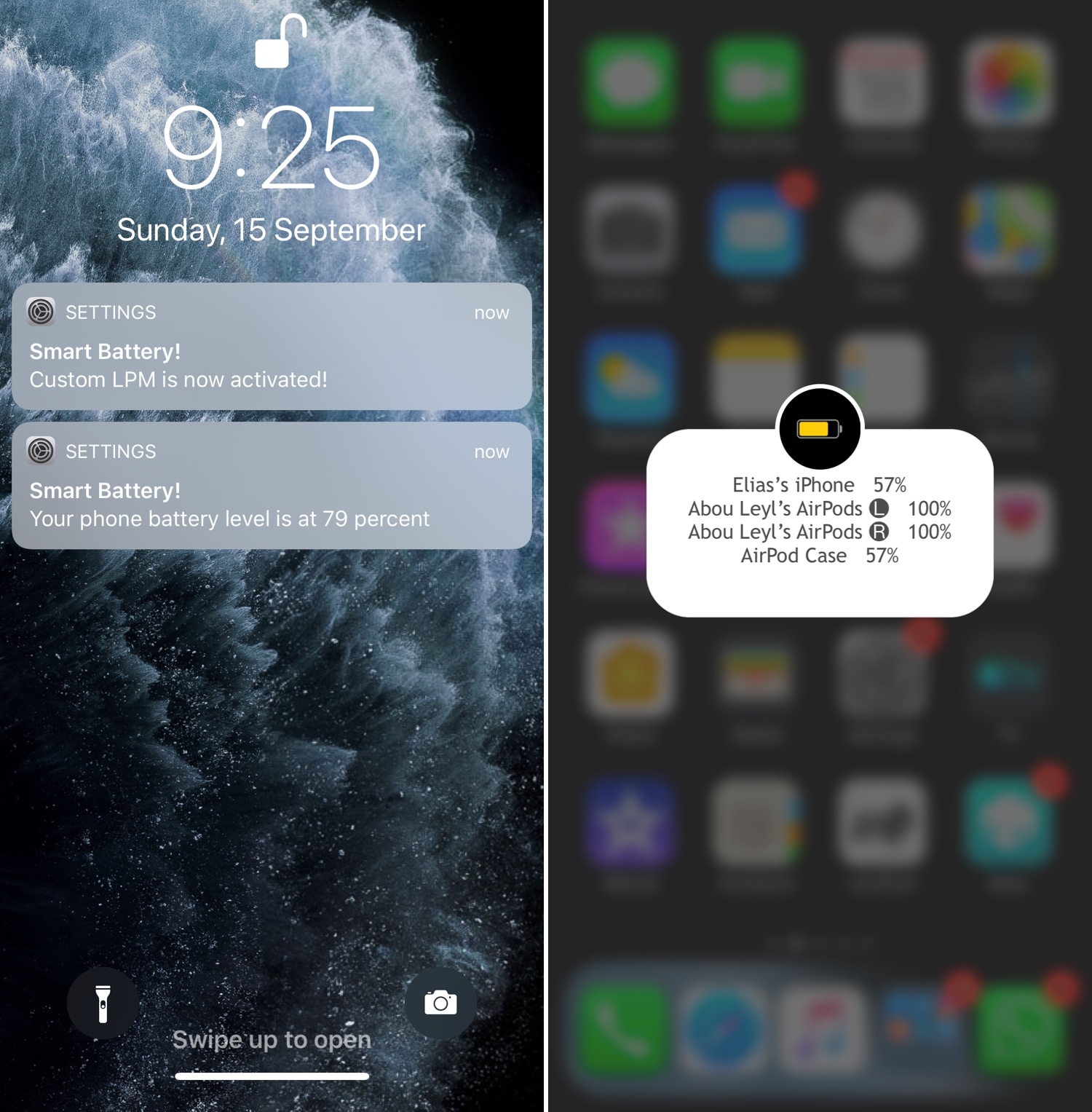 If your iPhone’s battery life is as important to you as we’d expect it to be, then we think you’ll appreciate a newly released jailbreak tweak called SmartBattery, as it can help you extend the battery life of your pwned handset.

SmartBattery comes with several features, including the ability to customize Apple’s native Low Power Mode more deeply than you can out of the box. For example, you can change the battery percentage after which it turns on and choose other battery-saving techniques to prevent excessive battery drain.

You can learn more about SmartBattery and how it can benefit your jailnbroken device in our full review.

ClassicKeyboardXS: Lets you change the keyboard’s spacing from the bottom of the display on X-style handsets (free via BigBoss repository)

Edit3d: Adds a rearrange apps option to the 3D Touch menus on the Home screen (free via BigBoss repository – review)

HideAllBar: Lets you hide the Control Center bar from the Status Bar on X-style devices (free via BigBoss repository)

iCamera: Provides a bevy of useful features in the Camera app on unsupported handsets ($2.00 via BigBoss repository)

NoCallBlur: Removes the blur from the calling UI background (free via BigBoss repository)

PhoneDeclineCall: Adds a button to the Lock screen to decline phone calls (free via BigBoss repository)

SafeSettings: Disables the Restore and Software Update features in the Settings app (free via BigBoss repository)

SeeThrough: Allows you to see through the Lock screen with a customizable blur (free via BigBoss repository)

Taille: Displays how much storage space an app is using in the Home screen’s 3D Touch menu (free via Packix repository – review)

WeChat Purification: Adds a number of smaller changes to the WeChat app (free via BigBoss repository)